freedomtownic
Has anyone talked to Karissa today?

I was gonna try to get the band together today just to have lunch and throw ideas back and forth, but she texted me and wrote "cant. long story. weirded out."

You have been from the start.

And I need you to know that I love you just the way you are. And however you evolve in the future? I'll love that woman too. With all of my heart. From this life to the next and every one after. And if there's ever a moment where you doubt that love, come to me, look me in the eyes and you'll find home. As you always have and always will.
Tags: aubrey blackhall (a_blackhall), aurora knight (_aurora_knight)

freedomtownic
Alright, everyone! Here it is! Eternal Embrace's first ever live album! It's got performances taken from each of the 15 shows we played during our interplanetary tour this past year, plus one bonus studio track, which was just recorded a few weeks ago. I hope you all enjoy it! 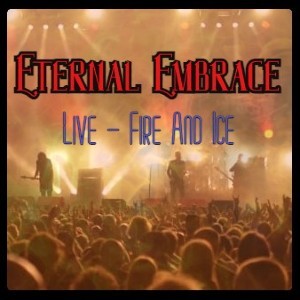 I can't wait to meet each and every one of you.

Amy's in labor! Her water broke a few hours ago, and I'm at XMH with her and Kevin. Kevin went to call his sisters, and told me it was ok for me to let everyone know what was going on.

freedomtownic
I don't make many changes to myself. Even though I'm a shapeshifter and can undo them at anytime, it's something I've always been afraid to do. So I was brave today and.... kinda did a thing.

freedomtownic
Opening BookHaven was the best decision I've made since arriving here. I get to meet interesting people, talk about and be surrounded by amazing books, and occupy myself with something fun that I can actually make money doing.

I was organizing the fantasy section today, and started looking through an illustrated copy of my all-time favorite book: The Hobbit. And it got me thinking: OMG what if someone from Middle-Earth showed up here??? Can you even imagine? If I met the real Bilbo Baggins... or Lady Eowyn... or holycrapinahat Gandalf? It'd be a good thing I'm a vampire, cause otherwise I'd keel over right there.
Tags: amber crenshaw (shyandawkward), americus reed (4eyed), augustus waters (itsametaphor), aurora knight (_aurora_knight), chris redfield (usedtoit), eve corvin (worthdyingfor), grayson frost (behindthesmile), lydia scott (bookleader), manfred bernardo (freakintheroom), ming-may heffernan (raisedinqueens), nadia godfrey (inblueskies)

freedomtownic
Thank you SO much to everyone who came out to BookHaven for our Grand Opening!

We did better than I could have hoped for, and it was honestly one of the best days of my life!
Tags: amber crenshaw (shyandawkward), aurora knight (_aurora_knight), charlotte valentine (_bemyvalentine), william shepherd (william_s)

freedomtownic
Private to Lita Todd
How's Kelly holding up? Please give her my love!


Private to (her) Amy Juergens
Ames? Can we talk? Please?

I know you're mad at me. I would be too. Without trying to, I did something super insensitive. But I swear to you, I was only trying to be romantic and show you how special I think you are. Please forgive me?
Tags: amy juergens (atbandcamp), aurora knight (_aurora_knight), bella whelan (_blissful_), ~lita todd (huntstheshadow)

I was gonna go spend some time in the park reading, but apparently over half the park is currently torched to the ground.

Might head to Commerceport or something. I have the urge to spend a little of my signing bonus. Who's with me?
Tags: amy juergens (atbandcamp), ash baxter (mzsparkletoes), aurora knight (_aurora_knight), bella whelan (_blissful_), darcy lewis (6credits_myass), theresa cassidy (bansheeptdeux), ~isabella jones (isabellabelle), ~lucia acosta (unlockedkey)

freedomtownic
A few people have asked me when I'm going to put an album out here... especially since several of the future-kids have said that we're pretty big in their time.

And I really, really hope I don't upset anyone, but I think it's gonna be a while.

I have a baby now. And a girlfriend that I hope to marry eventually. And they're just... they kinda trump any desire I have to be singing or performing right now, you know? I promise though, in time, I'll go back to it. Right now though, I'm enjoying just being happy.
Tags: aurora knight (_aurora_knight), clara oswald (notconnie), dominique weasley (domie), gideon prewett (prewettsmarter), juno macguff (etchasketch), kaitlin crowe (kaitlin_crowe), ~lita todd (huntstheshadow)

freedomtownic
So, originally I wasn't going to have this made available yet. I wanted to make sure all the super-talented stars from Idol got to put theirs out first.

I just talked to the ever-awesome Bailey Bale, of Full Moon Entertainment, who tells me that she's setting up some tour dates with us playing with Lita Todd's group, Unicorn Blood. So I figured we'd drop the album, and give people some time to get to know the songs. Enjoy! 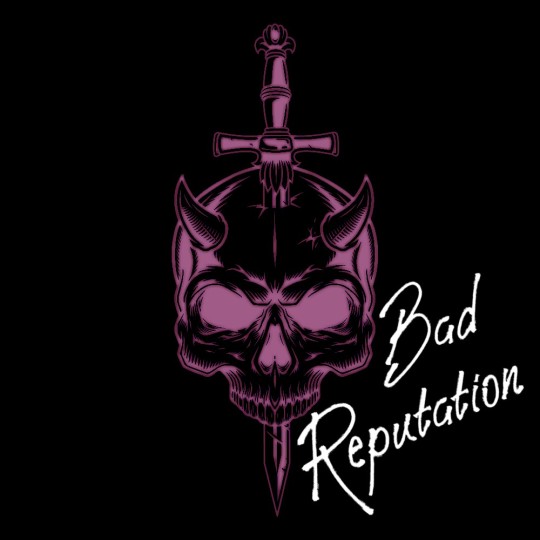 freedomtownic
In all the infinite worlds in all the infinite universes, no one will ever love another person even half as much as I love you, Aubrey Christina Blackhall.
Tags: aubrey blackhall (a_blackhall), aurora knight (_aurora_knight)

freedomtownic
Wow... the new version of The Ghost that my mom has here is so cool. It's an exact replica of the original, but it's totally new, with everything working properly and nothing needing repairs!
Tags: aurora knight (_aurora_knight), jacen syndulla (jacen_syndulla), ~kyle valenti (lampofwisdom)

freedomtownic
Well. I found out two things while messing around on a drum kit at one of the music stores in Commerceport last night.

1. Not many people on this planet know who Slayer is.

I was gonna reveal this on NYE, but as my loyal bartender just stated, I got a little too distracted.

So, I've been working hard with Queen Shiklah (who's taken a surprisingly hands-on role with my music and I love it), and I finished my first new track since showing up here. Thanks to some unexpected pain and betrayal, it was much easier to write than I'd anticipated.

freedomtownic
Who: Aubrey and Aurora
Where: International House of Estrogen, AKA Rachelle's Apartment
When: Backdated to July, when Kate was first taken in by the family
What: Aurora asking Aubrey to move in together
Rating: Low-ish
Status: Closed; Complete

freedomtownic
To this day my brother insists that the lyrics are: "Sweet dreams are made of cheese".

freedomtownic
Lito and I have the biggest surprise and it's just in time for Pride Month.

We've been working on LGBT Community Centre or Pride Center if you wish to call it that in Freedomtown!


We'll have events, community outreach, counselling for anyone who needs it.

freedomtownic
For the first time since I got here, I decided to try my shapeshifting abilities this morning. All systems are go!

They're not quite as precise as before I was turned, since I think vampirism kinda dampens any existing abilities a bit... but I can still do it!

freedomtownic
Soooo... I probably should have run this by you first, but would you mind if I auditioned for Mouse's band? I know that I'm not Neil Peart or anything, but... given time. In saying that... I don't wanna encroach on your space. I don't wanna be someone who inserts herself into every aspect of her girlfriends life. I love you and only ever want you to be happy, so if you're not 100% on the idea then I understand. And I still love you.
Tags: aubrey blackhall (a_blackhall), aurora knight (_aurora_knight)

freedomtownic
Anyone out there play drums? If so, we're gonna be holding auditions for Eternal Embrace over the next week or two. This would be a full-time thing, complete with recording, touring, etc. So if you're interested, let me know on here, or send me a demo!

Mere Delaney, Morgan Raleigh, Aubrey Blackhall
Heeeey ladies! If any of you want in on helping me me finalize our band by deciding on a drummer, please let me know!


Tori Crowe
Hey lil' sis! You got any plans made yet for the weekend? I was thinking me and Victoire could take you and Kat out for a day, like a double-date!

freedomtownic
If I can find someone to watch Jacen tonight... I think it's time I go out and let loose a little.

freedomtownic
Who: Aurora, Morgan and Hera
When: Saturday
Where: Mos Eisley Spaceport
What: Hera gets a little sunshine in her life
Rating: Low
Status: Closed; Complete

"You are NOT a dumpster fire."

freedomtownic
How're you feeling? I could drop by whenever you want. I'm partial to the Drew Barrymore romcoms (The Wedding Singer and Never Been Kissed are my favorites). I have an odd love for the Scream movies, too. And oh, HAI. There's a new Halloween movie! Did you know? I didn't know!
Tags: aurora knight (_aurora_knight), cassie ross (counselcassie)

freedomtownic
As I’m laying here in my hospital bed. I am really grateful that I’m alive, but a part of me wishes that the cancer would just take it’s course with me, This is the third time that it has came back and spread. If I’m going to die I’d rather die with dignity. I’m wearing a wig full time now, I’m puking my guts out everyday. I have none of my family here and I just wntrhis to be over with so I can live a long and happy life or let it just kill me.
Tags: aurora knight (_aurora_knight), cassie ross (counselcassie), ~dash hosney (theplaya)

freedomtownic
Who: Aubrey and Aurora
Where: Java the Hutt
When: 11/7
What: A reunion
Rating: Low to Moderate

Freaking Out Wasn't Going to Accomplish Anything

freedomtownic
Who: Introducing Aurora Mae Knight, OT Anyone
Where: Mar-Vell Park, Freedomtown
When: Wednesday, 11am
What: A new arrival
Rating: ?

Aurora Mae Knight was a resident of Los Angeles up until about five minutes ago when she arrived on Galador. Most people who showed up tended to freak out (although meeting a telepathic dog probably had something to do with that). Aurora? Not so much. The 5’3”, 17 year old brunette took a calm breath and looked around. “Okay…” She took stock of the current predicament. She'd been practicing on her drums one minute and now she was… in a very pleasant park. She slid her drumsticks into her back pocket and decided to explore.

Her 'intuition’ (she had yet to realize that she was both a telepath and empath, even if only a low level one) told her that this was supposed to be a safe place, although there was an undercurrent of fear, pain and finally relief that she couldn't quite place. This would have set anyone on edge, but Aurora took another breath to center herself. Freaking out wasn't going to accomplish anything, after all. This by no means meant that she wasn't wary of her surroundings, as she still had a sensible head on her shoulders, but in order to figure out what was going on she had to talk to someone. And so, deciding to be bold, she decided that that's what she was going to do. First? She had to find someone. (And yes, 'stranger danger’ still rattled in the back of her brain, but that wasn't helpful either, okay?).
Tags: aurora knight (_aurora_knight), nyx (ri0t)