freedomtownic
Alright, folks... time for what was originally going to be a weekly thing, but is being changed to monthly because I have the attention span of a crack baby.

SLAYER OF THE MONTH! 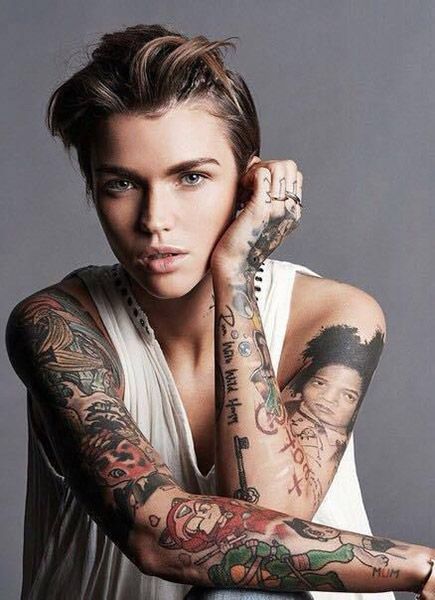 This month, we're gonna put the focus on someone who's truly shown the growth and change most people only wish they had the strength to accomplish. Kayla Barnes started her journey as a slayer by being full of unmanaged rage, and had a chip on her shoulder the size of Galador.

She caused some damage, had a scrape or two that shouldn't have happened, and broke a few hearts... but over time, she grew to be many things I wouldn't have expected from her when we met: sweet, nurturing, kind, mature, and someone anyone could feel comfortable looking up to. She went from one of the "black sheeps" of the slayers, to being a talent show host that was looked at in a motherly way by most of the contestants. From someone who people were afraid to get close to, to a loyal friend, a loving wife, and most importantly here, one hell of a slayer. 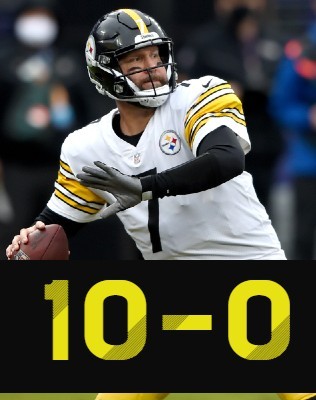 freedomtownic
I knew that I wasn't unique and I was bound to run into some familiar things here.

I've had time to really ponder everything, and I've come to a couple of conclusions.

1. This really is NOT a dream.
2. Fate is a fucking bitch and wishes me nothing but misery.
3. Even though this is real, the list still remains intact (no regrets, bitches).
Tags: archie gajos (forgottodie), charlie bradbury (demontech), jordan shaw (zombiefree), kai parker (cobrakai1972), keira hale (organza), lord john grey (lordgrey), mia hayashi (_lil_trouble_)

The reality: I spent last weekend arguing with a pissy 15 year old over the fairness of having a Tarrasque guarding the treasure he kept hunting for in our D&D session. (In my defense, I warned him four times that the damn thing was a trap. Not my fault he chose not to believe me)
Tags: archie gajos (forgottodie), ava silva (halobearer), brynn lewis (offthisride), janice willis (estrangedblood), katrana tyno (girlofstone), lia larson (p0rn_vamp), maggie grimes (mag_grimes), quinn hanson (sister_hanson), tony stark (manof_iron)

freedomtownic
Um wow...this is weird. Of all the crazy things I expected to happen, ending up in space? Not one of them.

Still, I can manage. I think.

freedomtownic
I must say, I have never seen a bigger group of beautiful people in my life.

freedomtownic
What the heck? I remember these little guys showing up last year but I did not get anything from them. This time, on my way into Topanga's for work a little cherub handed me a bouquet of flowers. They are gorgeous but I was quite surprised. Anyone else receive anything today?
Tags: adam milligan (isntawinchester), andré dragomir (lordofparties), archie gajos (forgottodie), cedric diggory (cedrics), chris halliwell (alittleneurotic), deke shaw (huckleberries), dick grayson (fuckbatman), juice ortiz (juicyboy), ~jamie scott (number12), ~riley matthews (rinique)

freedomtownic
I think I did it! I think I finally reworked Ranger Series Green's teleporter so I can use it. Now to give it a few test runs.

Including coming to you, mister. You know what this means, right? If I can master this, I won't have to babysit the HQ and we can move in together sooner rather than later.
Tags: adam milligan (isntawinchester), alexia ripley (wontbeamemory), archie gajos (forgottodie), barry allen (gavemeabs), tenth doctor (oncomingstorm_), tommy teller (babybiker), ~jason scott (goodinred), ~summer landsdown (rangeryellow)

freedomtownic
Well. I found out two things while messing around on a drum kit at one of the music stores in Commerceport last night.

1. Not many people on this planet know who Slayer is.

So, I wanted to put a photo or two of myself out there, to generate interest in the website prior to launch. I wanted something beautiful, but in a classy way rather than the style that is so common. Something that would make people want to see more, but that was classy enough to be used in other environments as well.

freedomtownic
I love this time of the year. Thanksgiving, Christmas, New Years. To me, it is all about family time and I am grateful to have them all around me this year. This includes my best friend, Maya and my boyfriend, Jamie. I have a good feeling about this next year to come.

freedomtownic
For what it's worth, the goddamn Steelers game will be on tonight at The End Zone. Come for the game, stay for the wings and to witness my heartbreak.

freedomtownic
I have to say that I enjoyed the blind date thing. Got me to go out and meet more people. On the mean time I’m gonna set up a baseball league here. I think it would be great to have every place have one and compete against each other and have a Freedomtown World Series. What do you all think?
Tags: antoine triplett (comeongirl), archie gajos (forgottodie), callister raynes (rightasraynes), dick grayson (fuckbatman), mack thompson (macked), rachelle martin-bale (rockinrachelle), tanner jacobs (homeruntanner), zan (amtheman), ~jamie scott (number12)

freedomtownic
I have been so busy with work, training, Lydia, that I have no idea who is still here from Beacon Hills or not.

freedomtownic
Wow... someone thought it was a good idea to put Boss on multi-world television? That's kinda either the bravest or dumbest thing ever.

I love the show though. Just got all caught up a few minutes ago. Folks from home I had no idea were so talented, and a bunch of new people that just blew me away. So good.
Tags: adrianna berger (sheers), alexia ripley (wontbeamemory), antoine triplett (comeongirl), archie gajos (forgottodie), manfred bernardo (freakintheroom), morgan raleigh (morgan_raleigh), quentin coldwater (mendings), ~cathy dollanganger-sheffield (twistedli

freedomtownic
Um, hey... doctors? I found someone in the park. It looks like she was shot.
Tags: archie gajos (forgottodie), ~claire bennet (invincible), ~zola grey-shepard (drzgs)

freedomtownic
Well, at least New Seattle was in a better place when the gems took me this time.

Hey Liv, are you still here?

I never got to know many people when I was here before. So I'll introduce myself. I'm Peyton Charles and I ended up being acting mayor of my city. Honestly, being the DA was better.
Tags: archie gajos (forgottodie), dick grayson (fuckbatman), eddie brock (reallybadpeople), eggsy unwin (galahad2), josef kostan (snarkbites), penelope garcia (bauoracle), scarlett lowe (ondevilsnight), ~peyton charles, ~sara lance (whitecanary)

freedomtownic
There's been a lot of shit to wrap my head around in this place.

And yet... the thing I'm having the hardest time accepting?

freedomtownic
Wow. Okay...I've been through a lot, but being sent to a different planet is a new one to me. Not to mention there are quite a few of my kids here... multiples of them as well. The people at the welcome center explained it all to me.

Teen Wolf Pack
I guess I'll need a huge house to fit all you. That is if you want to stay with me. I was thinking Riverdale or Sunnydale. They both look like nice small towns. I would like your input.
Tags: archie gajos (forgottodie), laura hale (moonrises), ~lily dunbar (inahole), ~melissa mccall (packnurse)

Okay.. this is gonna sound strange. I think their are different versions of us out there in the world. I just met mine. I'm a chick in another reality.

Just so you know another me showed up but this time it's a female.
Tags: archie gajos (forgottodie), ~malia tate (ihatemath)

freedomtownic
Who: Stiles Stilinski and Archie Gajos
Where: the end zone
When: Around dinner time this evening
Rating: TBD
Status: ongoing/closed

freedomtownic
The talking dog had a lot of information. A little bit creepy but I'm used to that. Can someone tell me if my girlfriend Malia is here? Or any of my friends back home? Scott? Lydia? I thought I saw all your names on something. Anyways.. my name is Stiles Stilinski.
Tags: archie gajos (forgottodie)

freedomtownic
Well now that all of that is done and over with I can finally go back to normal things. Just glad that Lindsay has her family back.
Tags: alphard black (betterblack), archie gajos (forgottodie), brian kinney (imasexgod), caleb de santis (firstbranded), gus peterson-marcus (kindofartistic), ~charlie edwards (moused)

freedomtownic
I'm too young to be having grey hairs already....

freedomtownic
That party Scott and Stiles wanna have, it's at my place, Saturday.
Tags: archie gajos (forgottodie), ~derek hale (with_myteeth)

freedomtownic
So hey. Since there's so many of us here I figured we should all get together and have a party. What does everyone think?
Tags: archie gajos (forgottodie), keira hale (organza), ~cora hale, ~derek hale (with_myteeth), ~scott mccall, ~stiles stilinski

freedomtownic
I need to figure out something for myself here.
Tags: archie gajos (forgottodie), ~natasha romanov (616)

freedomtownic
Eh, it's not the worst place but at least it isn't Beacon Hills.
Tags: archie gajos (forgottodie)