So, as many of you know, while I personally don't date anyone, I'm in love with the concept of love.

So with so much stress and tension around here lately, let's revel in love.

Are you dating someone? Tell us all about them. What you love about them. How you fell in love. Anything you like.

Got a crush? Tell me about 'em. What makes you like them? How do they make you feel?

freedomtownic
You all get one chance. Do not pursue me, do not contact me, leave me in peace.

If you do not, I will not be held responsible for what happens next.
Tags: mileena (shao_khans_heir), villanelle (_villanelle_)

freedomtownic
...I am going to assume that, even if one has a very good reason, it is not wise to punch a queen. Especially one that you work for.
Tags: emily wilson (twinspeak), emma garza (wolfings), grace harper (snarkyassassin), harlow wade (bornindeath), laura kinney (breakbeautiful), laura kinney (lil_wolvie), villanelle (_villanelle_)

freedomtownic
Got the Slave 1 into Mos Eisley finally. Shouldn't need more than some basic engine work done to be back up and running at 100%.

I've decided to re-start The Bounty Hunters Guild here. Something there doesn't seem to be much of, that could make people like me a lot of money.


Private to Sabra Hills
Hello, Sabra. I just wanted to show my gratitude being so welcoming. I'd like to take you out for a drink as thanks.
Tags: boba fett (the_fett), mia barnes (calltothelight), nicky (nottheboyfriend), sabine wren (_mandalorian_), sabra hills (sabra_hills), steven barnes (notsohero), villanelle (_villanelle_)

freedomtownic
This is why I love stupid people. 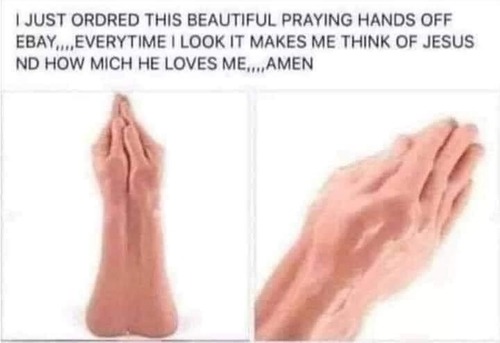 freedomtownic
I would like to murder a lot of people right now.

I know this is so last minute, but the deal finally came together this morning!


In honor of World Goth Day, Disney Electric Parade will go through Monstropolis tonight for their light parade set to the music of all my current rock artist!

freedomtownic
Did you know that there's a woman here who looks almost exactly like you?
Tags: villanelle (_villanelle_), ~eve polastri (agentpolastri)

freedomtownic
Three hours of asking for explanations of every damn thing I could think of at the Welcome Center, and I'm finally slightly willing to accept this isn't some kind of weird dream.

I mean... another planet, AND one where superheroes and all that crap are real. Seriously?
Tags: denny duquette (dduquette), sofia shepherd (triplehyphename), villanelle (_villanelle_), ~sloan riley (littlesloan), ~zola grey-shepard (drzgs)

freedomtownic
Who: Bea and Villanelle
When: Recently
Where: Monstropolos
Rating: M - Mentions of murder, sex

Anyone up for some fun, mayhem, gambling?
Tags: villanelle (_villanelle_), ~lucy quinn (madefrommadlove)

freedomtownic
Tell me that you're free.

It's about time that we caught up.

freedomtownic
This is certainly not what I had planned today.

freedomtownic
A bouquet of white carnations are left by Eve Polastri's room with a card that simply says:

freedomtownic
Waking up in a hospital with a bullet hole on another planet.

I Should Have Aimed for Your Heart

freedomtownic
Who: Villanelle
Where: XMH
When: Not long after these two posts
What: Villanelle paying Eve a visit while she's in the hospital
Rating: Eh. I guess it depends what you think murderous intent should rate
Status: Closed; Complete

freedomtownic
I'd heard that someone was found. Like me. It couldn't be ... could it? Do you think they're okay? I know coming here was an awful fright for me.

UGH. I should have picked a better person to play.
Tags: villanelle (_villanelle_)

freedomtownic
How is everyone today? What's new and happy in your lives?

Just wanted to check in and see how you are feeling. And to see how you're adjusting to all this. Anything at all I can help with?

freedomtownic
Who: Villanelle and Lucy Mills
Where: Freedomtown, near the welcome center
When: Early Wednesday Morning, April 24th
What: Villanelle's big entrance
Rating: I'd say mild to high for violence and language
Status: Closed; Ongoing

Villanelle thought that her evening was going well -- up until the point that she had been stabbed. It went downhill from there. She staggered from her apartment and found a place to hide until she decided on her next move. A hospital wouldn't be the worst idea.

Before she could make her next move she was engulfed by a blinding white light and found herself in a beautiful, luscious green park.

How did she get here?

Wide-eyed, she staggered to her feet, clutching the wound to her abdomen. "Hello?" She called out in her natural Russian accent. If there was anyone who knew her then they'd have surely found her by now. "I think that I've been stabbed," she called out again, this time using a cultured English accent, putting a 'damsel in distress' tone behind it.
Tags: villanelle (_villanelle_), ~lucy mills (herlittleone)