freedomtownic
Boy, am I glad that Sanctuary is here. It's a piece of home that I can go to when this place starts to feel... well, starts to feel overwhelming. I think everyone can use that from time to time.
Tags: rachelle martin-bale (rockinrachelle), sophie mcrae (empathed)

freedomtownic
The point is not to pay back kindness but to pass it on.
Tags: captain hook (cap_charismatic), kailyn dean (notapipsqueak), sookie stackhouse (fairybarmaid), sophie cohen (gotthelooks), sophie mcrae (empathed)

freedomtownic
Huh. I guess it's never too late to discover new things about yourself. Even when they're things you kinda knew for years and just didn't want to admit.

freedomtownic
With the cat outta the bag in regards to me havin' a little bambino onboard, figured this was the perfect time to do this.

I'm gonna be doing my best to take it easy for the next few months, so we put the finishing touches on our second album. Hope you all enjoy it. Madhouse Music will be selling limited edition copies signed by me, Kenny, Morgan, and Aubrey. Go buy a copy for your honey for Valentine's Day, unless you want them to think you're a fucking asshole. 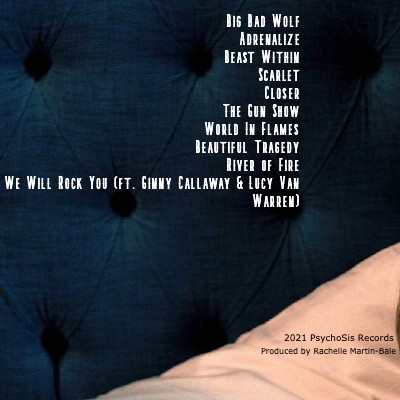 freedomtownic
Uggggh. Being alone on Valentine's Day sucks. But you know what? Instead of moping, let's use this post as a way for some of us in the Dateless And Hating It club to get to know each other! New friendships could be formed, maybe even more!

So let's get to know each other.

I'm Stephanie. I'm 23 years old, a dhampir, a devout Christian, and a musician.

My favorite movies are Just Married, The Matrix, and the Lord of the Rings trilogy (all very different but OH WELL).

My all-time favorite band is the Misfits, and I've been a Fiend Club member since I was 10 years old.

While I used to be nervous about admitting it, I'm a lesbian, but I've only dated two women in my life.

I got my big break when Paige Bennett left Coma White, and Ginny Callaway revamped the band into a new concept called The Lazarus Project. (Hi Ginny! Please don't hate me anymore)