Tweak says, "It's a sunshine day!"

In Which I Tried To Sell Out


Some may recall I posted some of my work at SD 1.0. Here is more, but this time, stuff that will never be published. And me drawing Marvel characters.
So recently, I finally got up the nerve, after building up a small indie rep as an illustrator and cartoonist, to try to attempt a Marvel sample. As what I draw best, it seems, is attractive women, a friend suggested I use the Black Cat.
So in thanks, she ended up the face model for same.(she also suggested Bullseye, because she wanted to see him kicked in the face)
So: What was going to happen here was she was going to kick Bullseye about the room a bit, and Bullseye was going to be in humiliating pain. Then Norman Osborn was going to come in at the end--I still hadn't worked out why, I just wanted to use him.
But alas, once I had finished this page, Marvel stopped taking submissions right then.
So as it will go to no other purpose, I thought y'all might get a small kick from it, though there are a few errors I was going to fix. Here then is the page of the abortion. Hope you like. 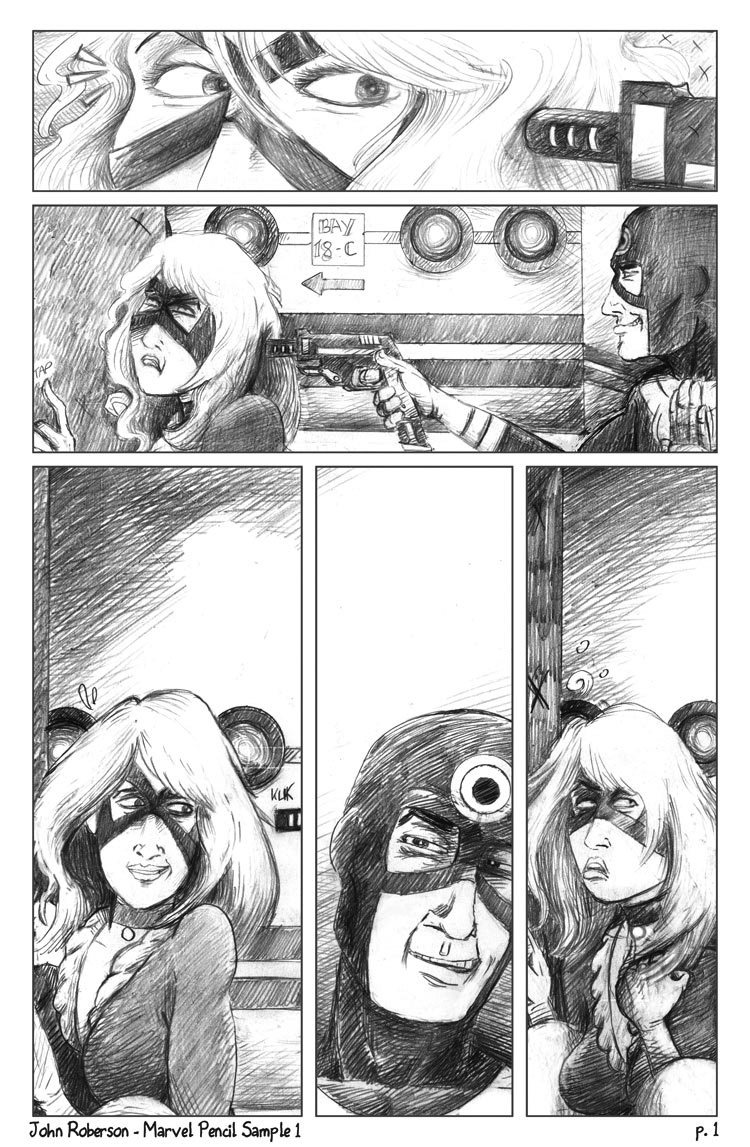 If anyone's interested, more of my stuff can be seen here.