Tweak says, "You are getting sleeeepy ..."

Moore/Bissette/Totleben At Their Best: "Another Green World," Two Sequences
Today is a little exhibit of how to draw mainstream horror comics.

So here's two of my very favorite sequences from probably one of the five or so most pivotally influential comics on me, even though my style bears no resemblance. SWAMP THING #23, by Alan Moore, Steve Bissette, and John Totleben.
A quick personal note: I first heard of what Moore was doing in a review by Don Thompson in the Comics Buyers Guide when I was 15, and soon went out and bought it. Not the one he promoted because my store didn't have it, but this one. (though the next one, with the JLA, was pretty heavy as well at the time)
From that moment Moore had me and that was that, forever. (Interestingly, it was discovering Moore that weaned me away from exactly the kind of comic CBG usually promoted, and it was soon after that I discovered the Comics Journal.)
So, here are two sequences I've always loved, with Woodrue doing his eco-terrorist thang.(mods: this is exactly 1/3 of the comic) It's not just the mood of the drawing, but the dynamic layouts that Bissette created and few have equaled in intensity. The first, here, is in fact Bissette's(so he once said) favorite sequence. 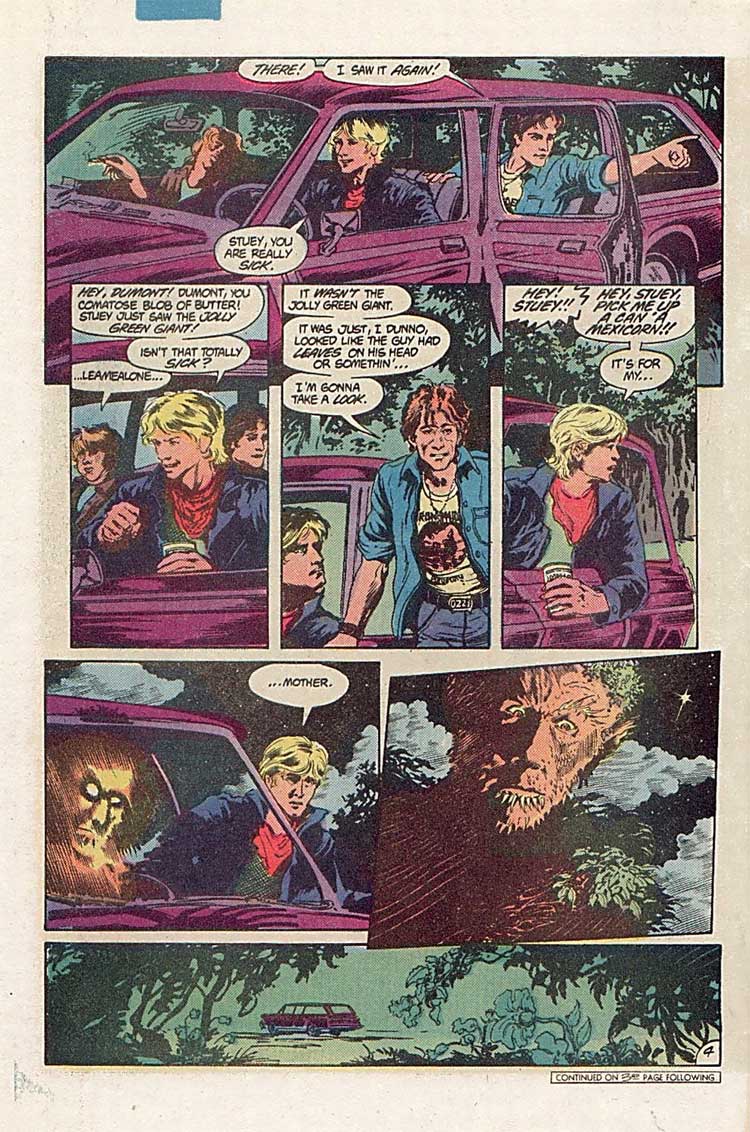 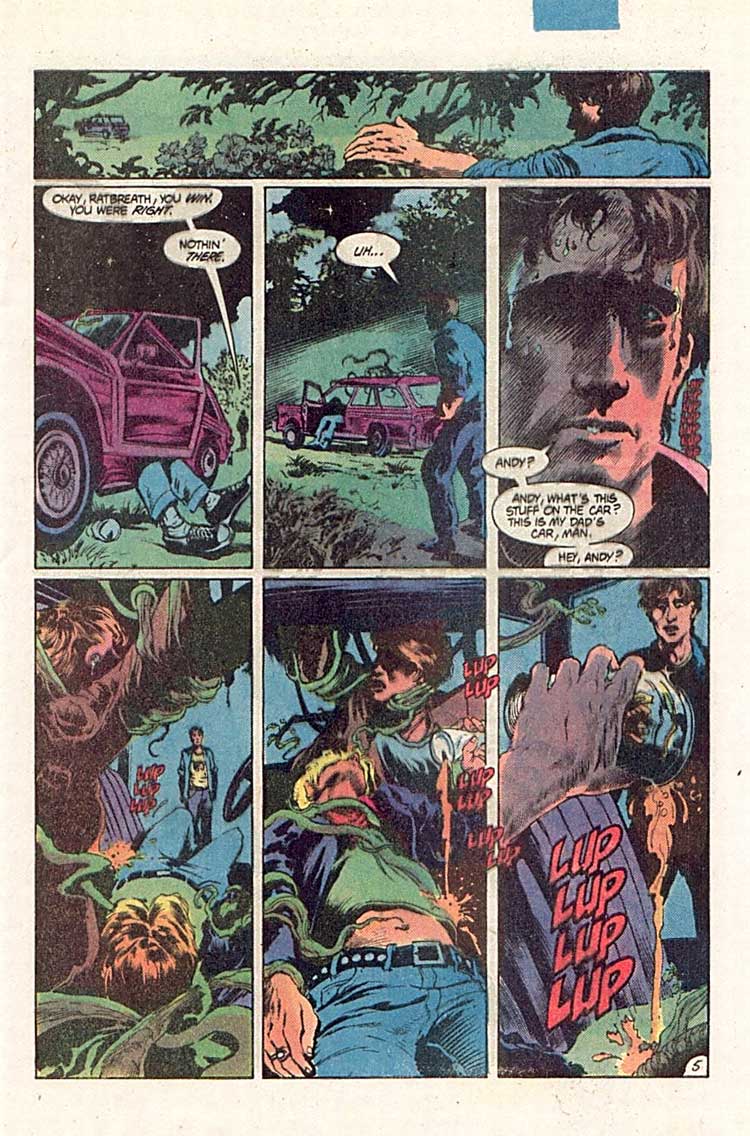 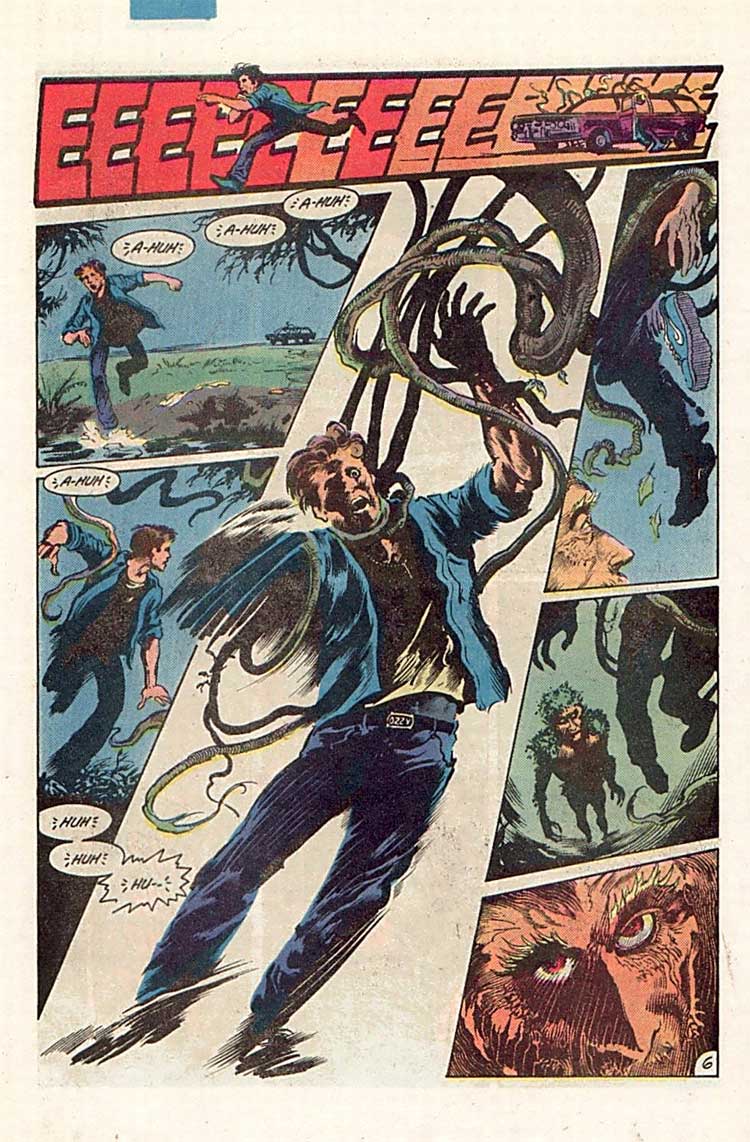 Next, a very sinister sequence with writing by Moore that, in a good way, reminded me, and still does, of King; I'm thinking 'Salem's Lot for some reason. 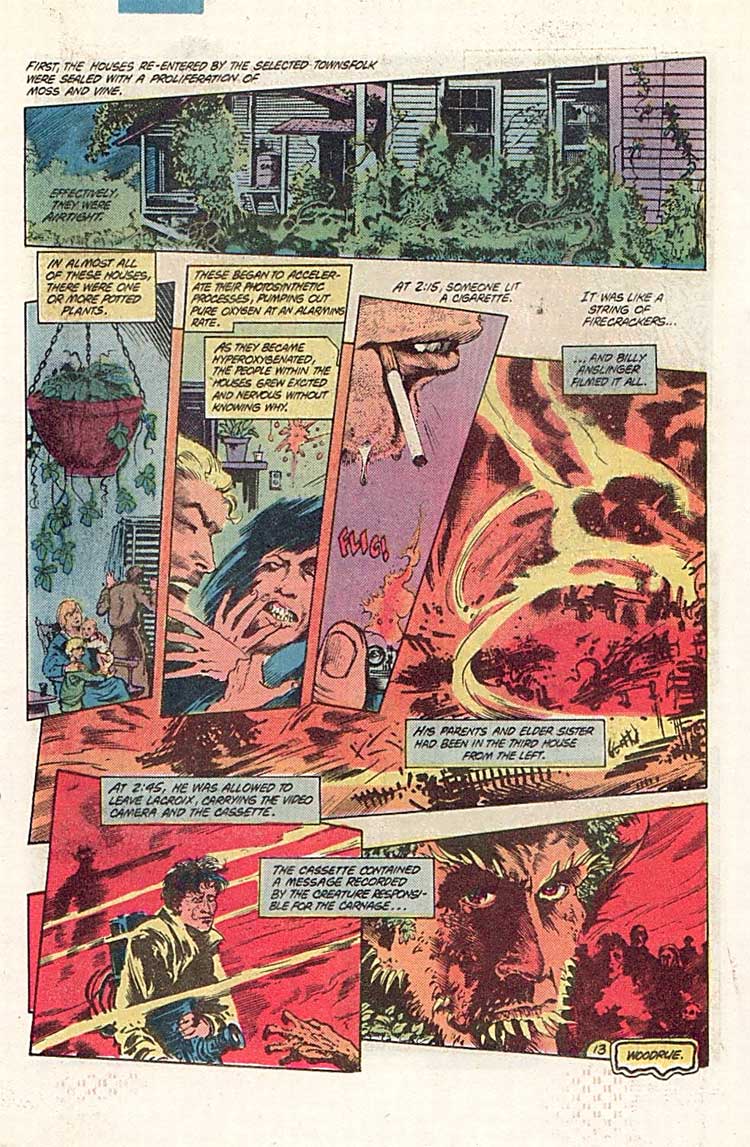 Finally, a sequence with probably one of the very best shots of Woodrue ever. And lovely color work within the limits of old printing by Tatjana Wood. 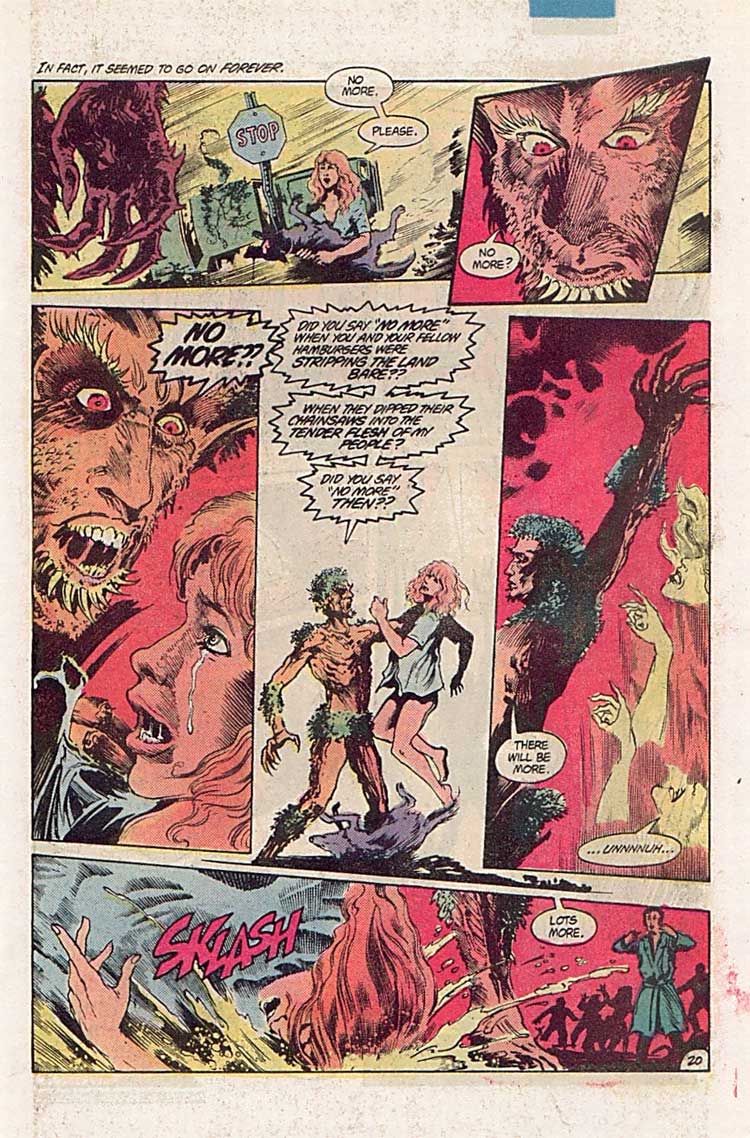 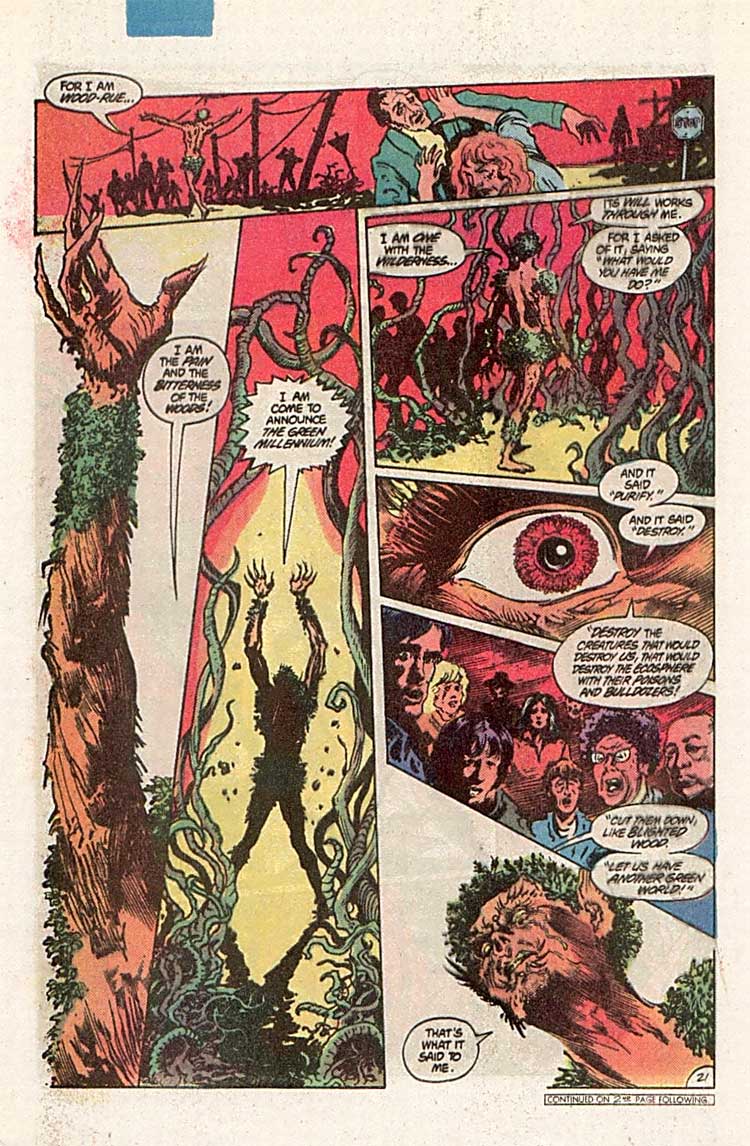 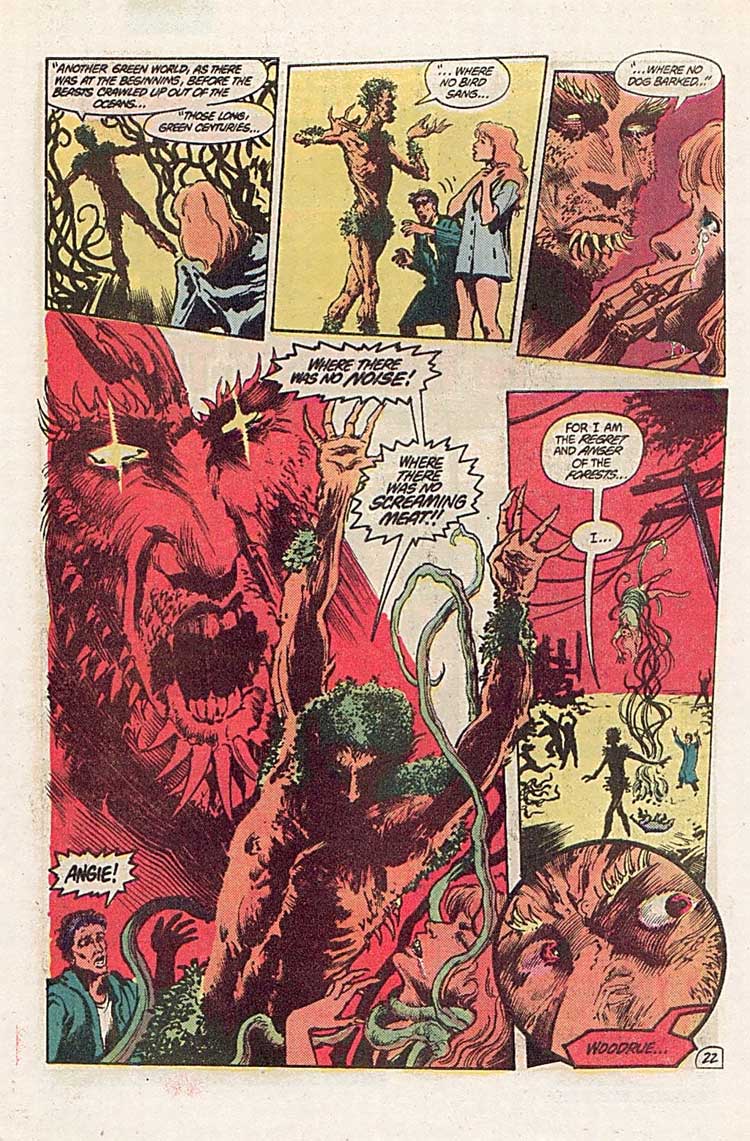