When Cass met Bruce, Became Batgirl and was Adopted by Bruce
By request.

Scans from the third trade of No Man's Land and issue 6 of Beechen's Batgirl mini.

It all began back during No Man's Land, where following an earthquake the US government decided to just cut off Gotham from the rest of the US as disaster relief would be too expensive.

Like with Katrina, except it was like ten years beforehand and Kanye West didn't imply the President was a racist.

Anyway, Barbara has had to resort to using a system of couriers to get information back and forth across the city, what with the large lack of electricity and rubbleproof wheelchairs.

Cass is one of those couriers, 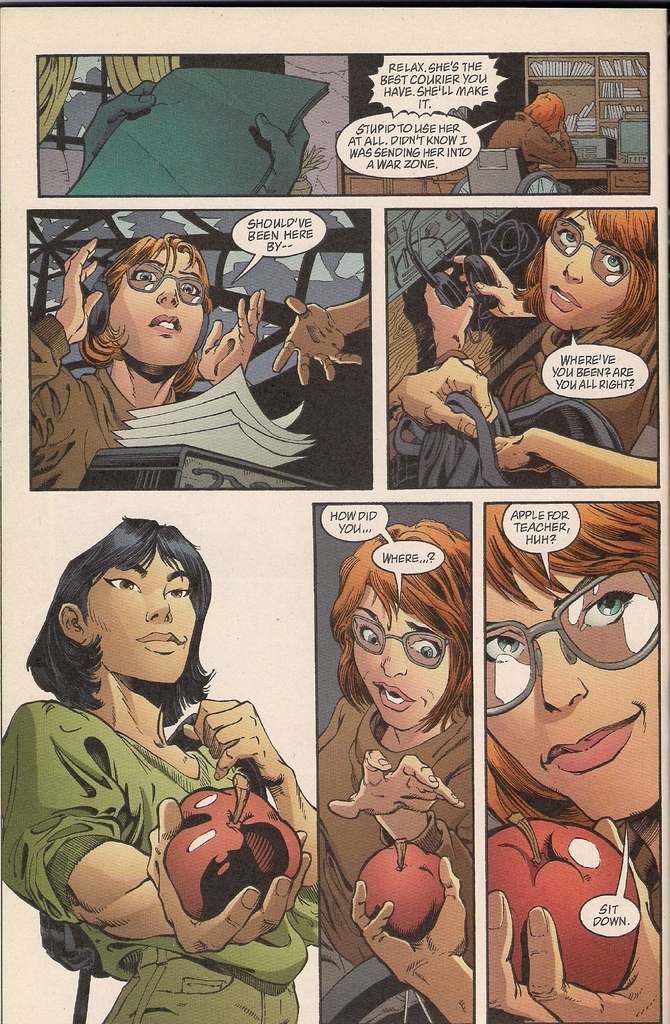 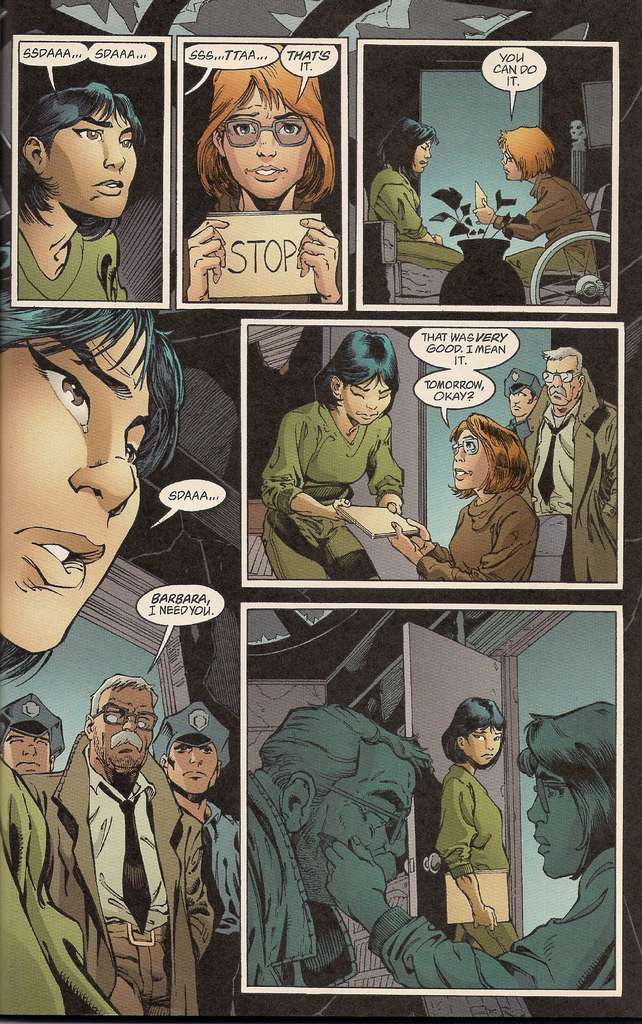 Meanwhile, due to a growing feud between Two-Face and Commissioner Gordon (they forged a mutual non-aggression pact to keep out the other gangs that were roaming the city, but Harvey's gone back on his word because he's nuts), Harvey has hired Feared Assassin David Cain to have Gordon murdered.

Cass see's her dad wandering down one of the streets near Barbara's house and entering a building across the street.

David lines up a shot, when suddenly... 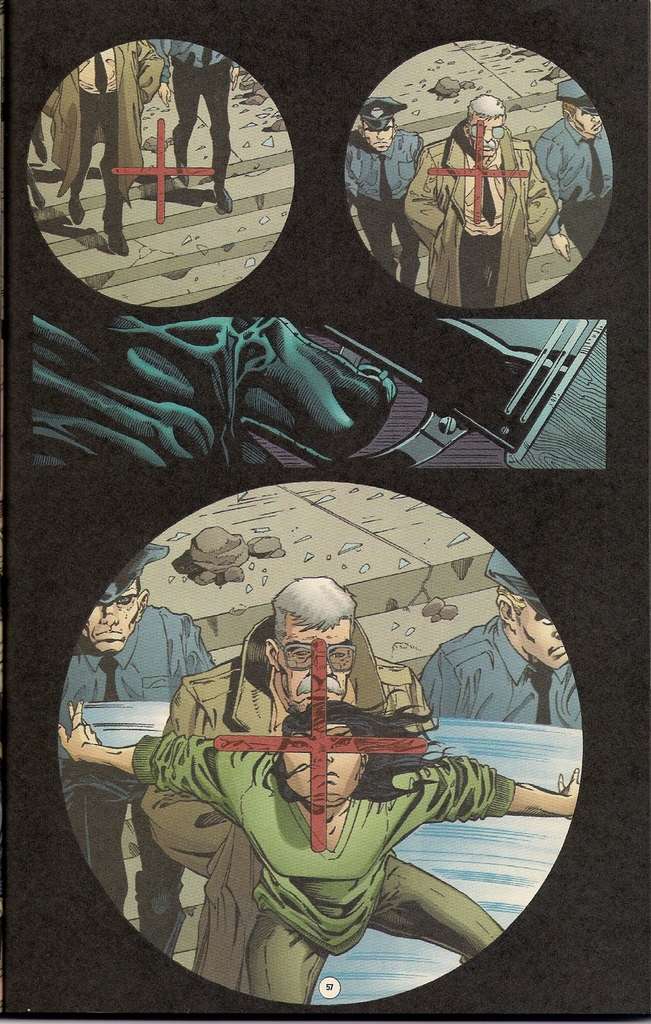 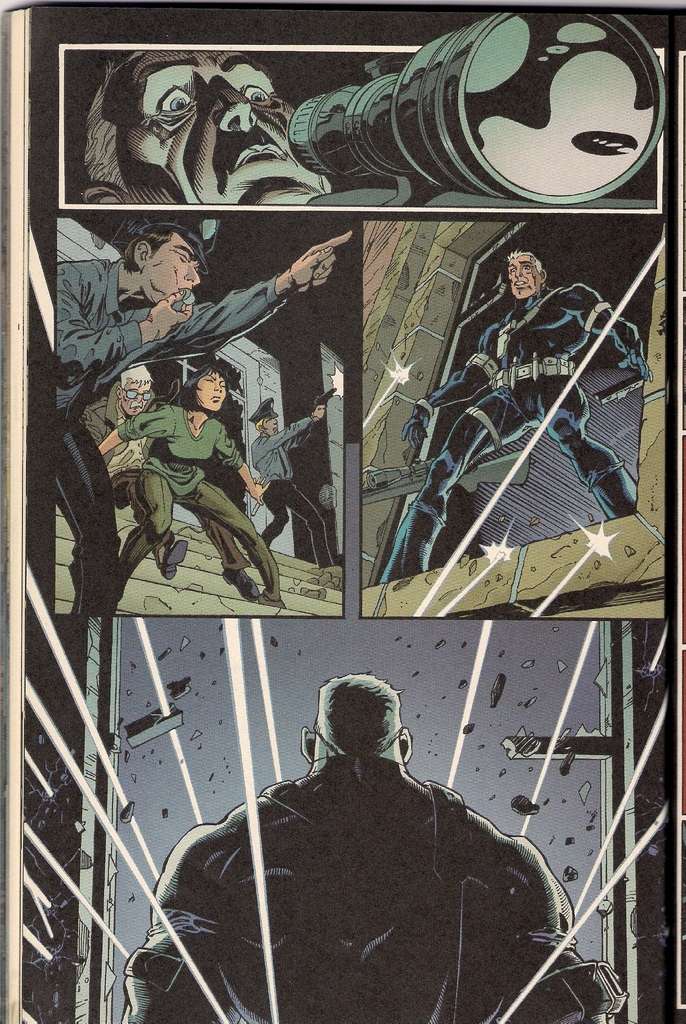 Suprised at seeing his daughter for the first time in eight years or so, he just stands there as the police shoot him in the shoulder. This doesn't stop him from killing two policemen who enter the apartment Cain was using as a sniper's nest and running though.

Meanwhile, Batman is lipreading Two-Face to see what exactly is going on (after tying him to a bed and bluffing about killing him in revenge for Dent murdering some people in the terroritory Batman had set up). He finds out that Harvey has hired Cain, and he runs off across town to try and save Jim.

As Batman races across the City, Jim and Barbara are questioning Cass over who the assassin was and what her connection to him is. Cass indicates that Cain is her dad by means of point between Barbara and Jim, and then herself and a picture of Cain's logo.

Montoya says that they have to get Jim to a safe location, but just before they leave Cass snatches the keys from them and locks them in the questioning room. 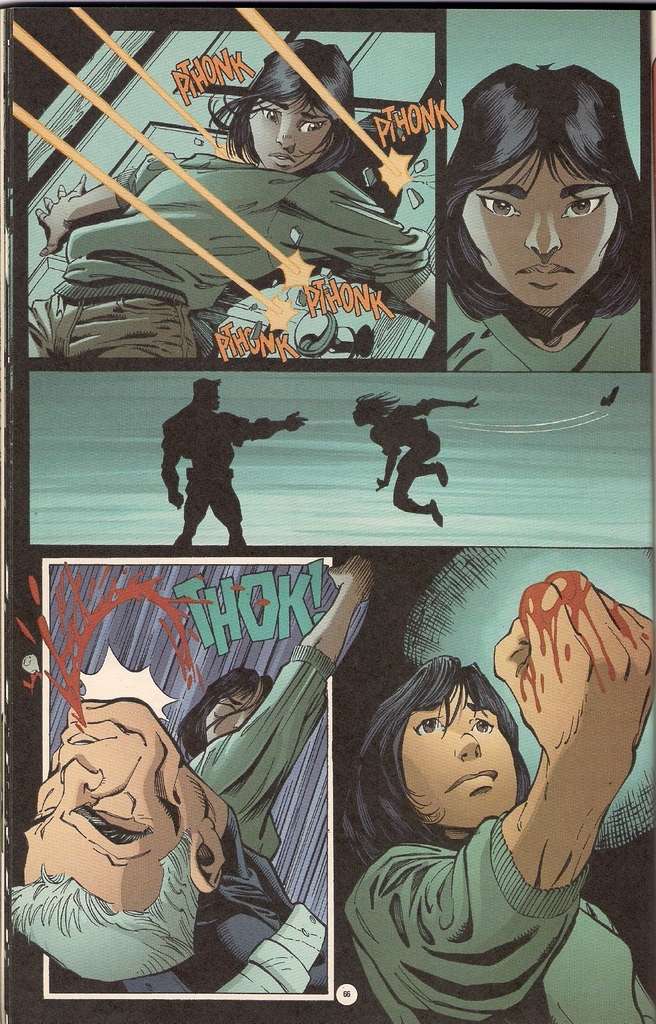 The blood on her hand brings back memories of the time Cain made her murder someone, leading to her first word, 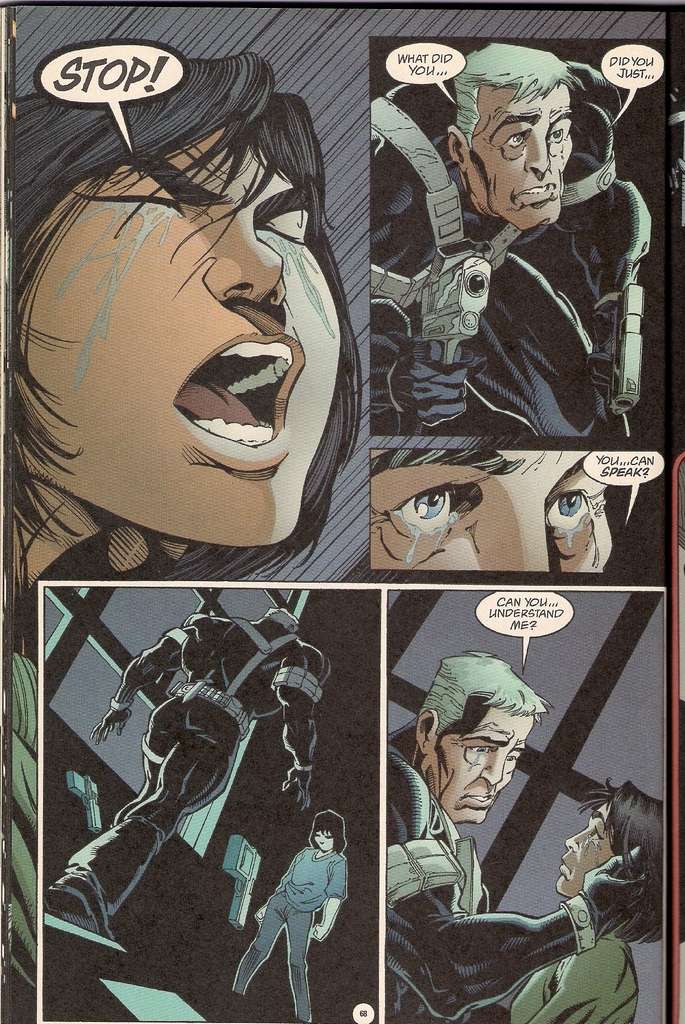 This emotional pause is cut short by Gordon and his men breaking the door down though, and Cass, knowing that Cain will kill everyone in the building to get to Jim, pushes David out of a window, following along with him. 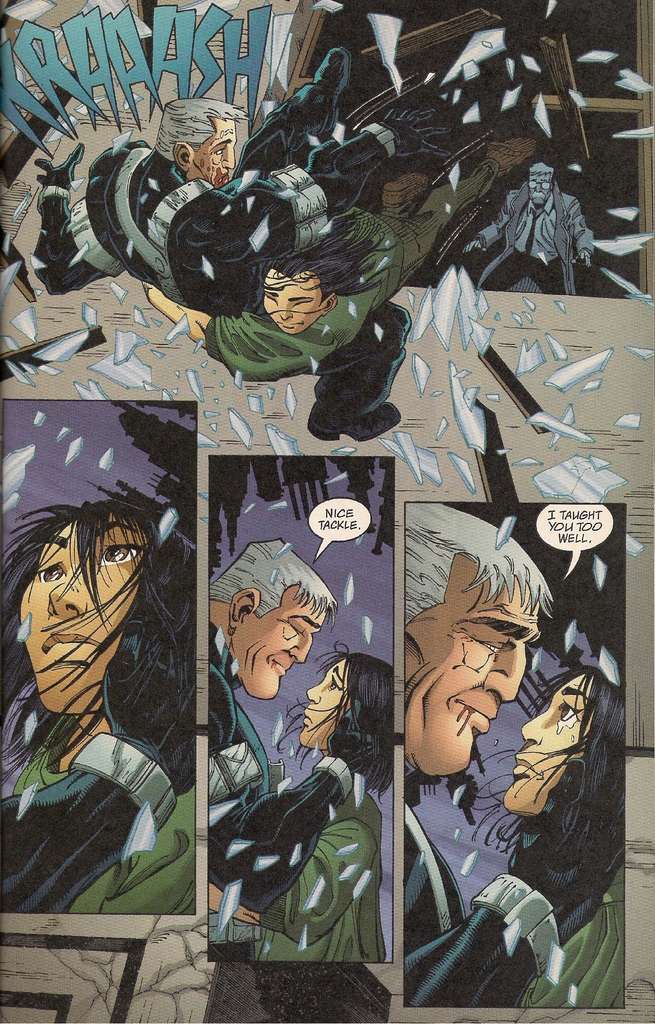 Bruce shows up in the nick of time though, and manages to suspend David from a line by his ankles while swooping down to save Cass from becoming street pizza.

Cain escapes to plan his next attack, and Bruce tries to get Cass to explain what the deal is between her and David. This being pre-psychic-mindscrew Cass, she has to resort to showing rather than telling what's up. 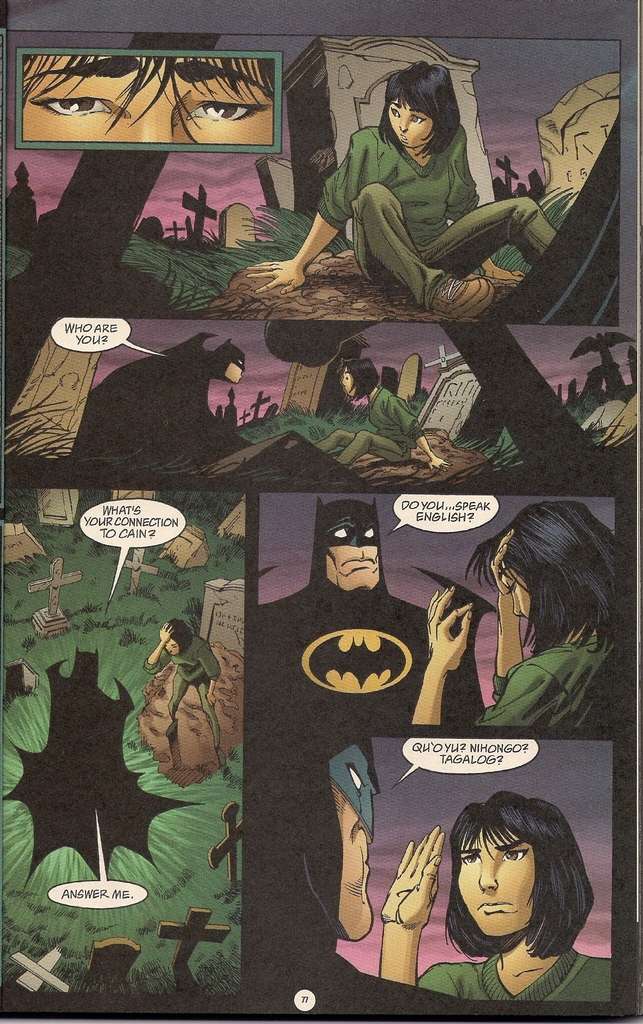 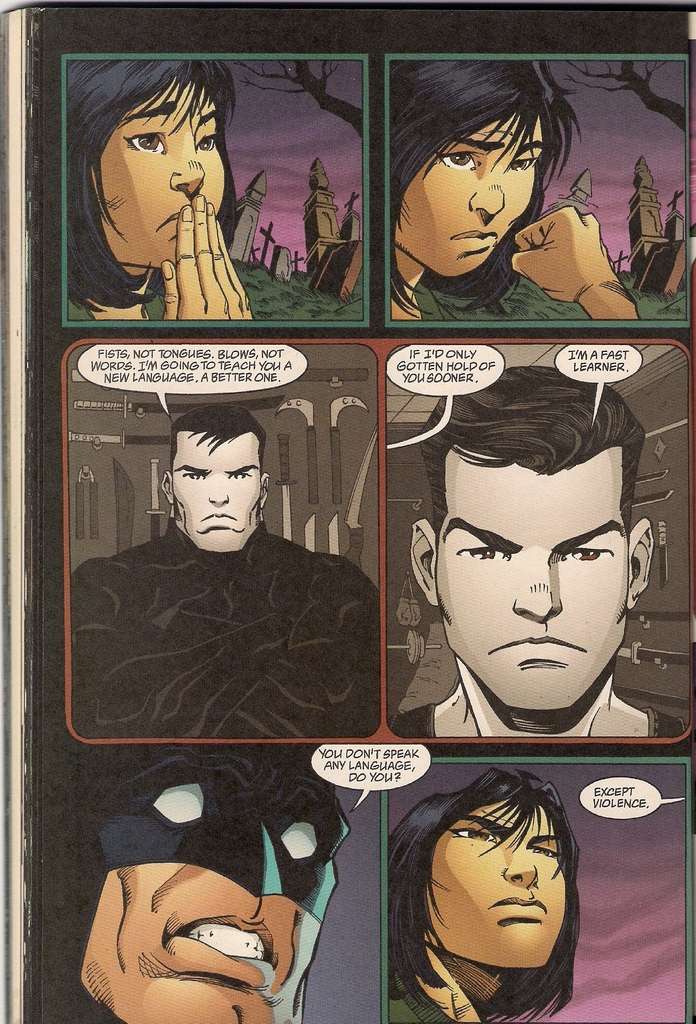 After fighting with Cass for a while to show that he'd also been taught by Cain, Bruce explains that the only way to get him to stop hunting Commissioner Gordon would be either to kill him or to pay him to stop. Since Bruce doesn't have a chequebook avaliable and can't kill him, he decides to attempt beating Cain up until he stops instead.

Cass gets a plan though, 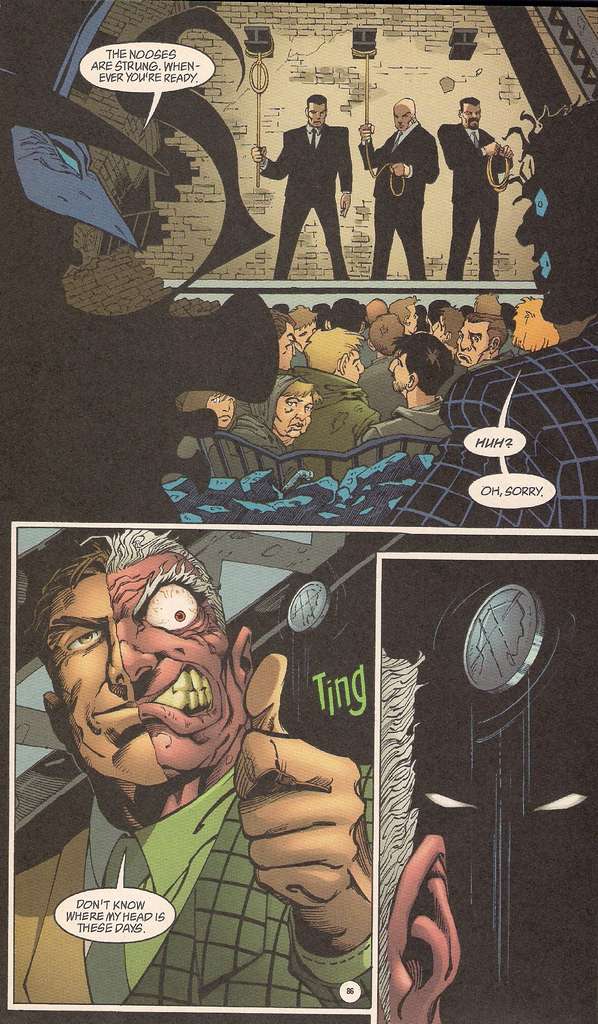 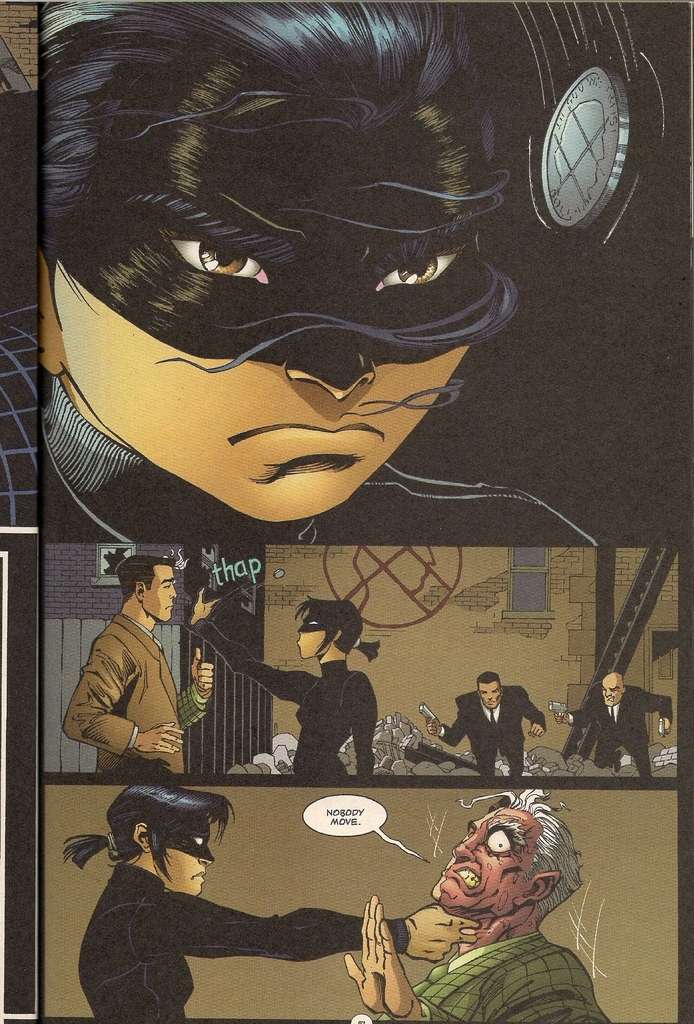 Cass pinches the money intended to pay Cain, and gives it to him before he and Bruce beat each other to death. 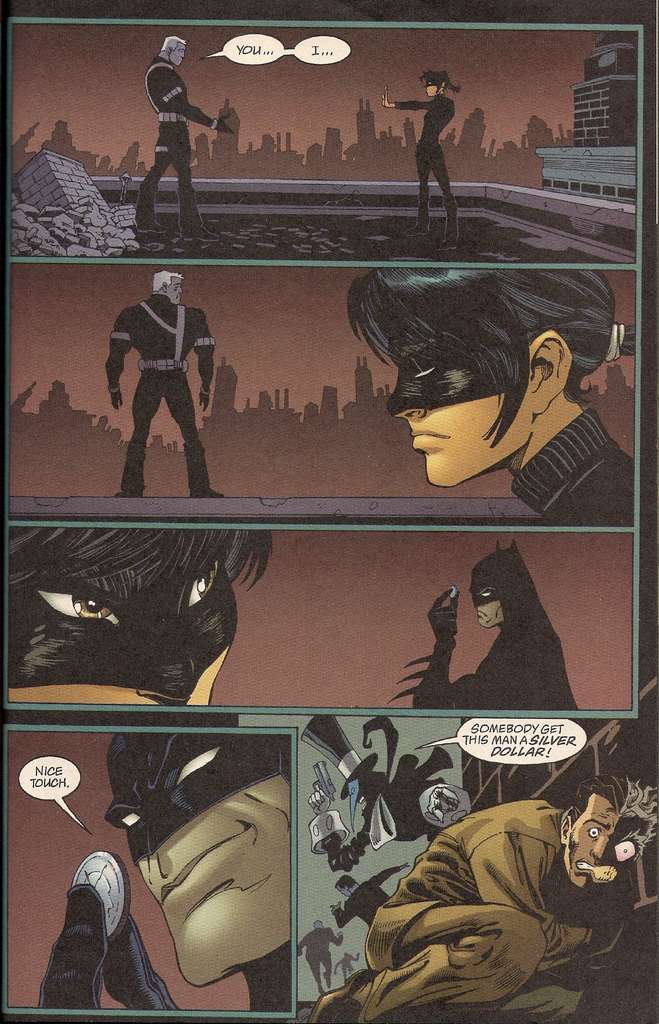 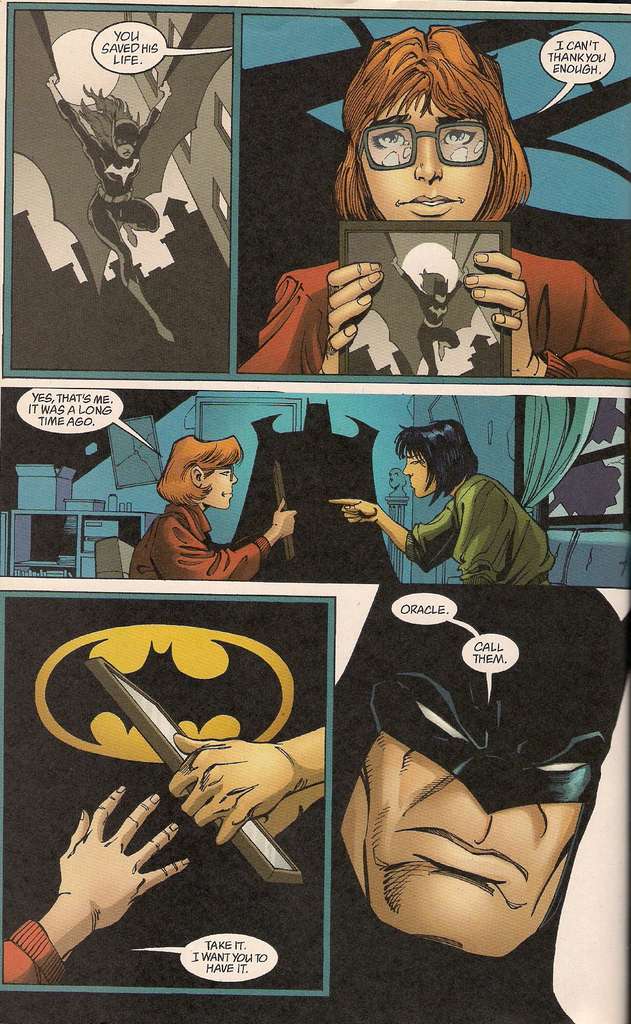 End of story, Next issue.

Bruce has gathered the Bat Cast to him, as he's come to the conclusion that he needs their help to win Gotham back from the various street gangs roaming the City. There're some cute character moments of Cass meeting Azrael, Tim and Dick but unfortunately I have to cut them to be under the page limit.

While Tim, JPV and Cass bond, Dick goes and confiscates the Batgirl costume from Huntress, due to her running away when faced with a small army of Two-Face's henchmen. This resulted in several people being killed defending their homes, which Bruce says should have been his and Helena's jobs. 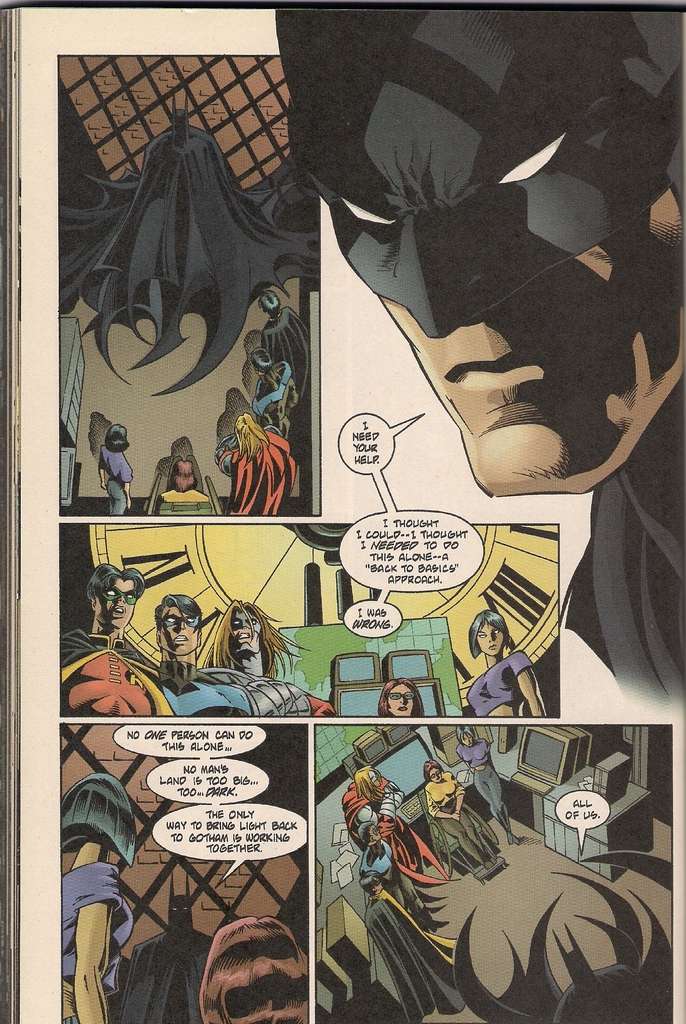 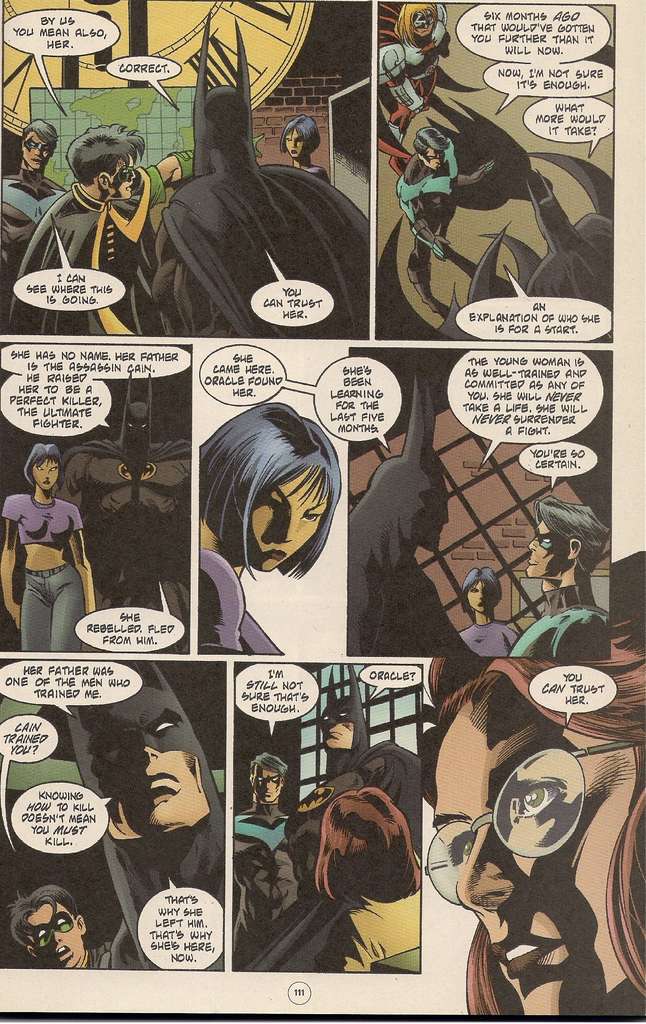 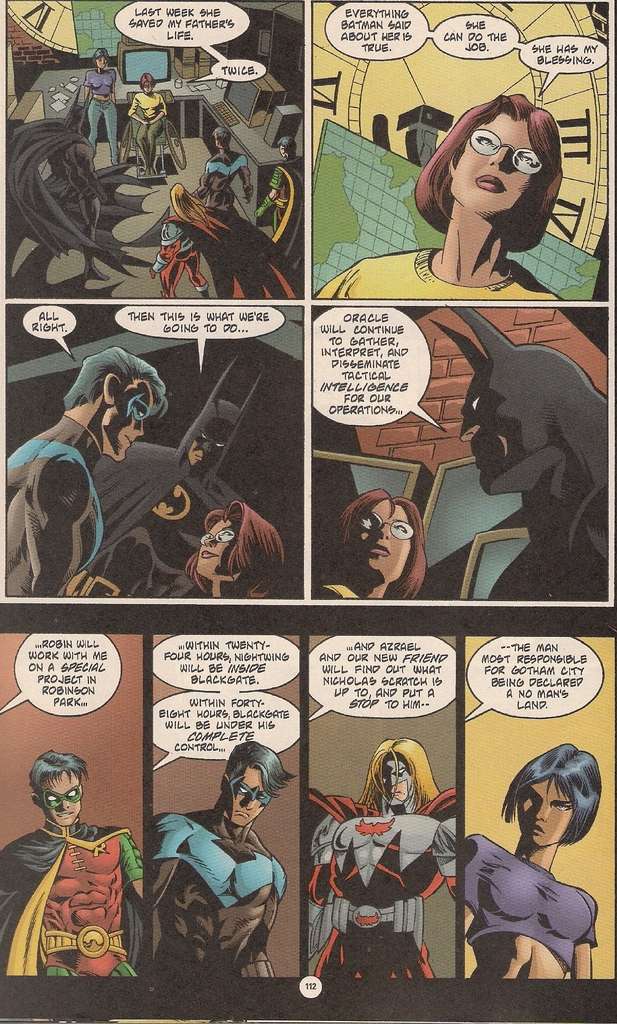 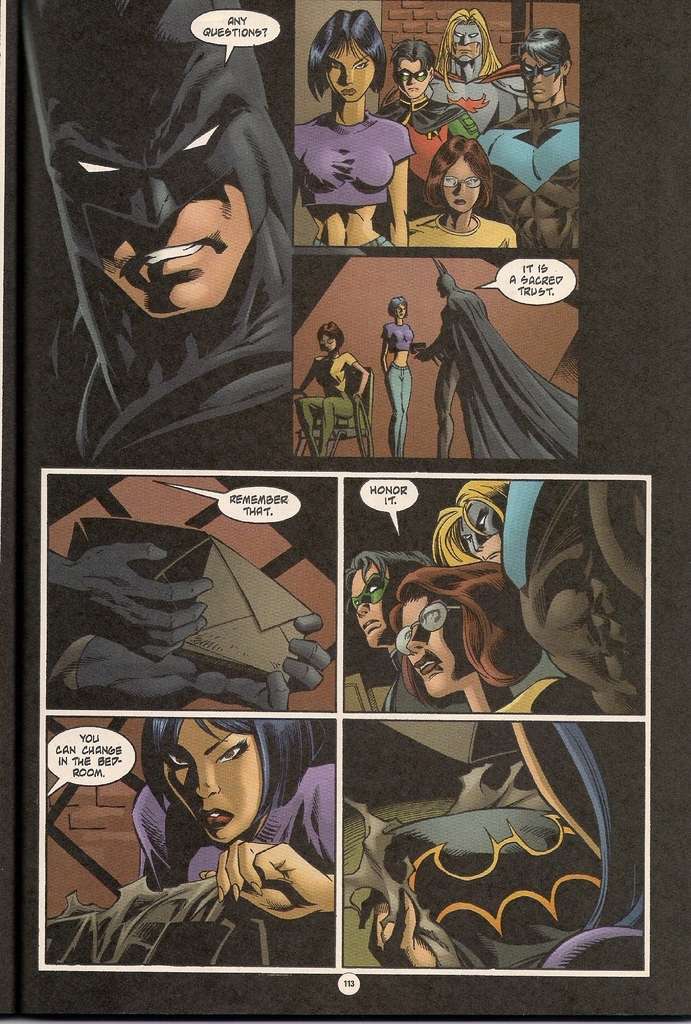 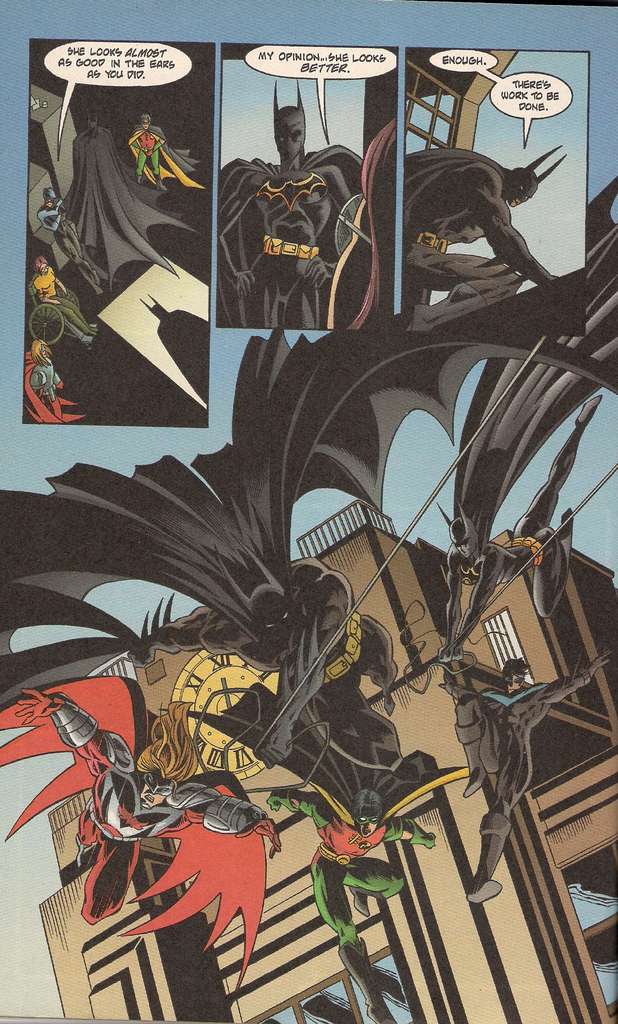 "She looks better?" Admittedly that's kind of true considering the odd way they drew Cass in this section (seriously, aside from the odd anatomy she appears to be in her 20s), but it does explain Barbara's decision to stick her in a bikini first chance she got.

Anyway, years past... Cass got older, got friends, lost friends, nearly had a boyfriend several times, and got her own city.

Damion Scott, however, went from the art style at the top to this, 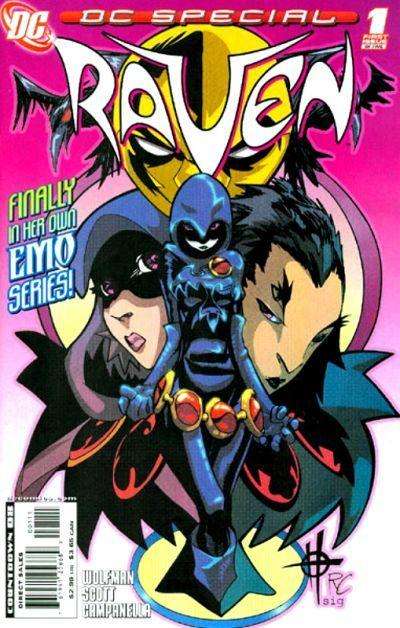 (Seriously, she isn't emo she's a Goth! Rarrr! Get it right!)

And Cass went from the above examples, to this.

See how Adam Beechen has changed their relationship and dressed Cain in a stupid costume. Who does David think he is, Naruto? 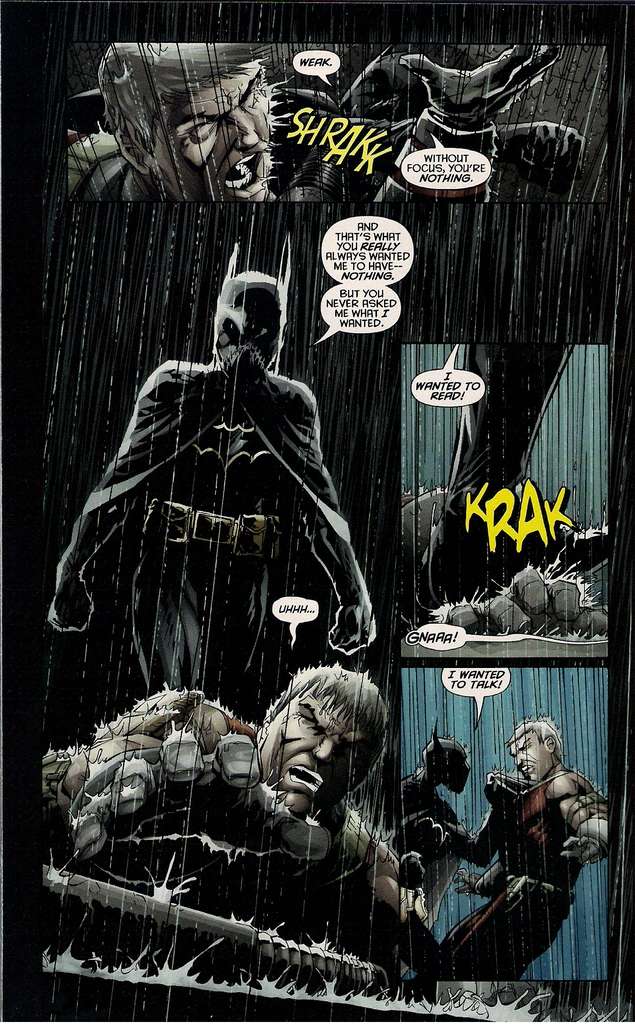 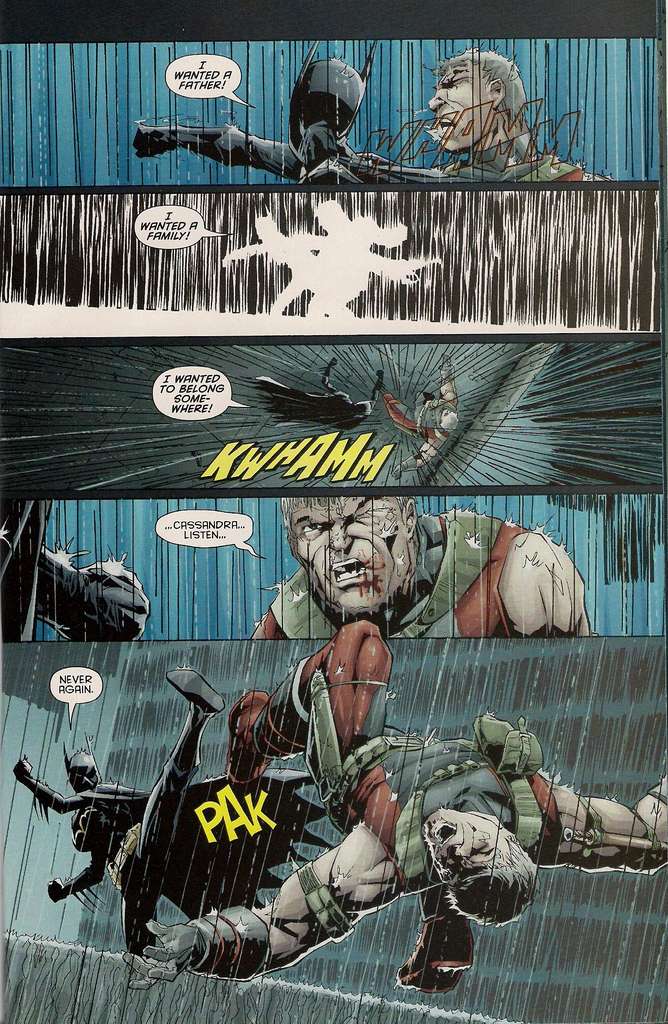 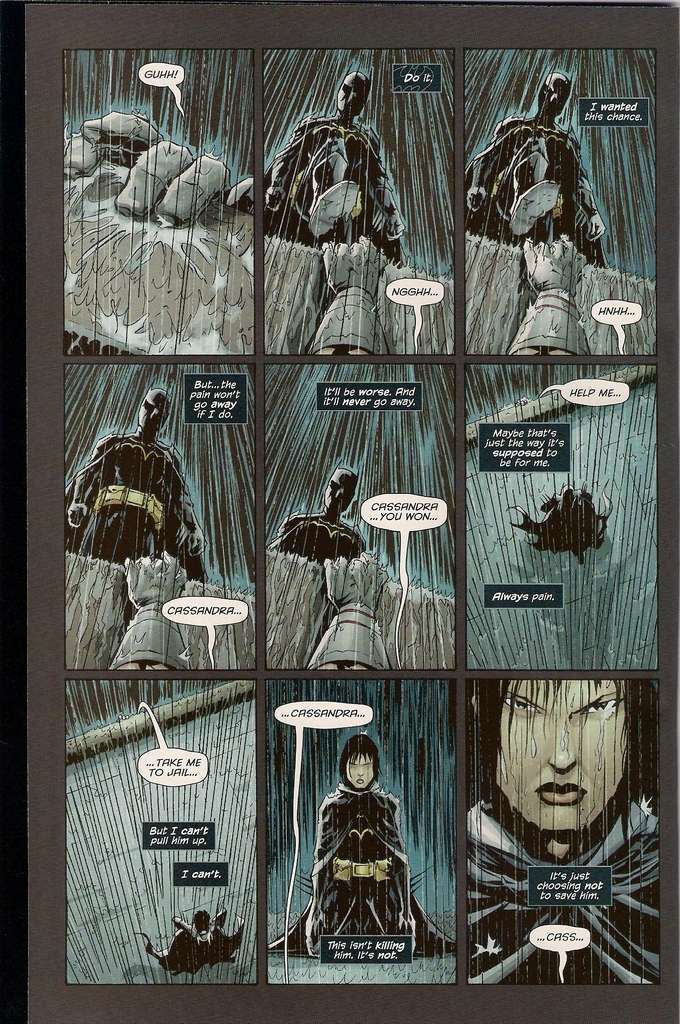 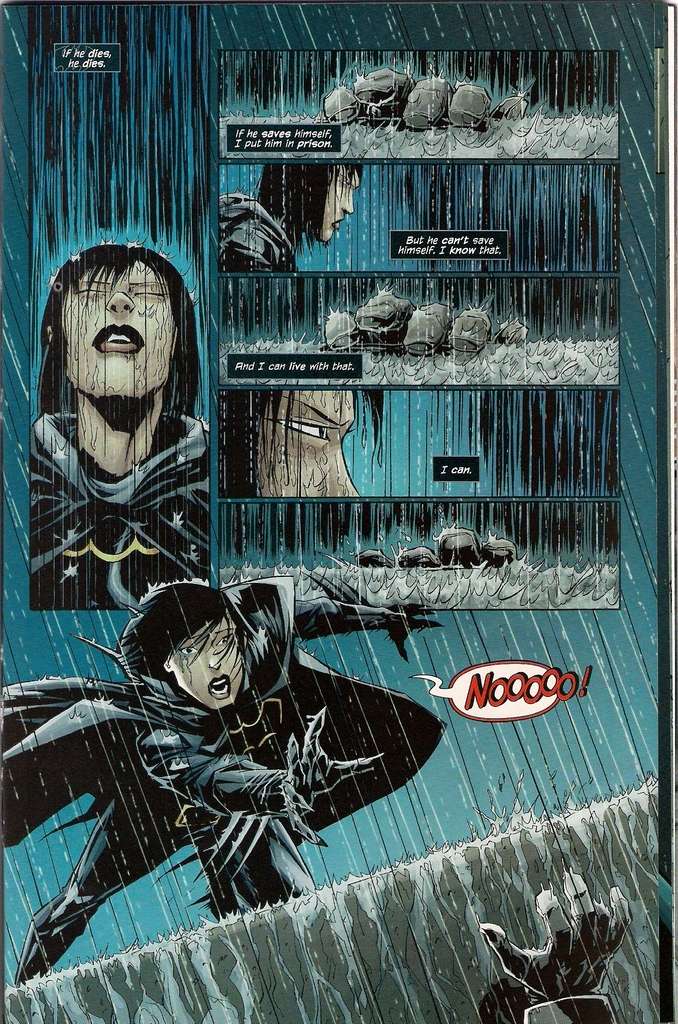 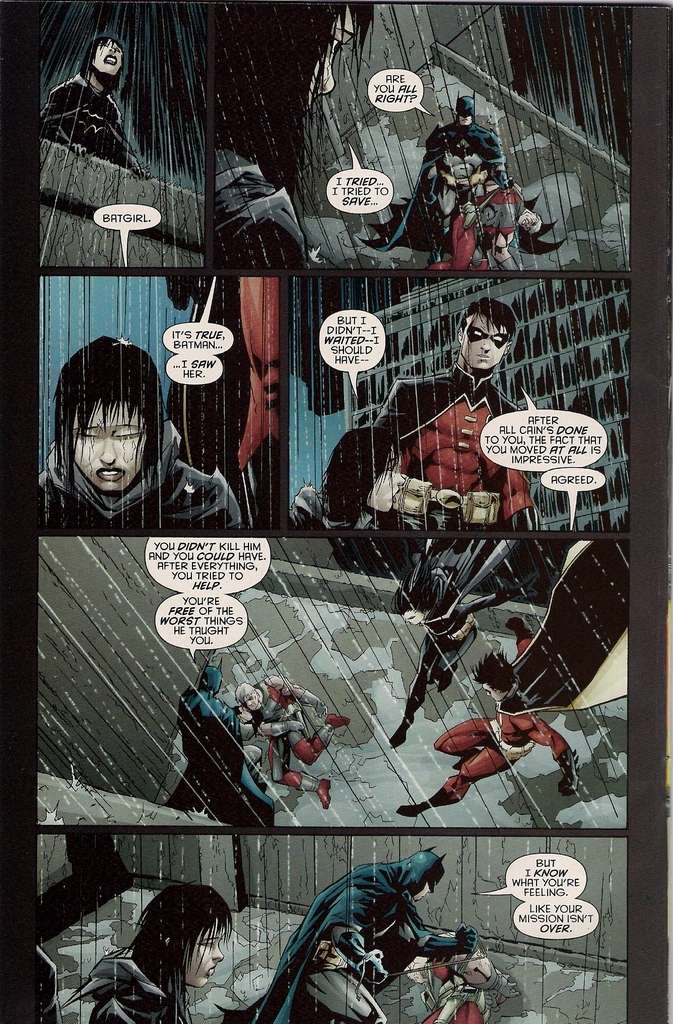 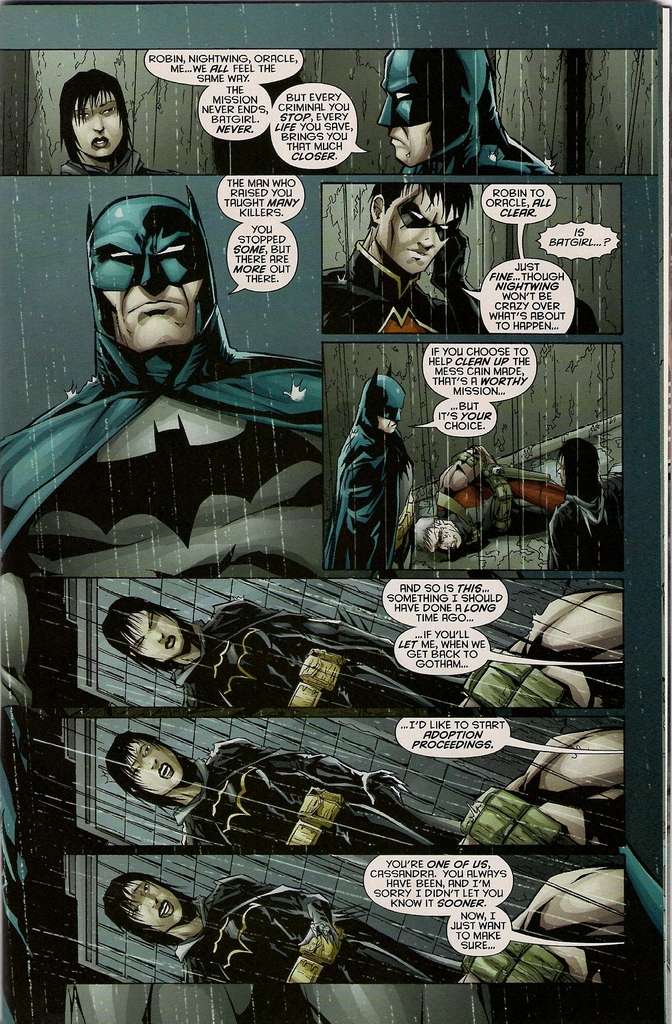 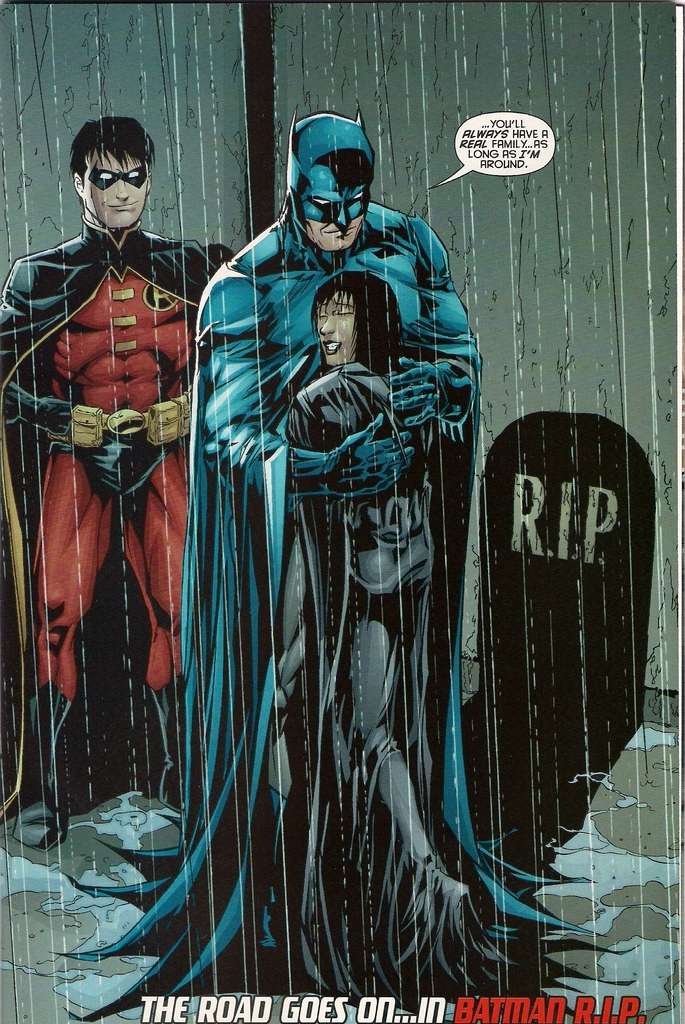 So, did Cass finally find the father and family that she "always" wanted? 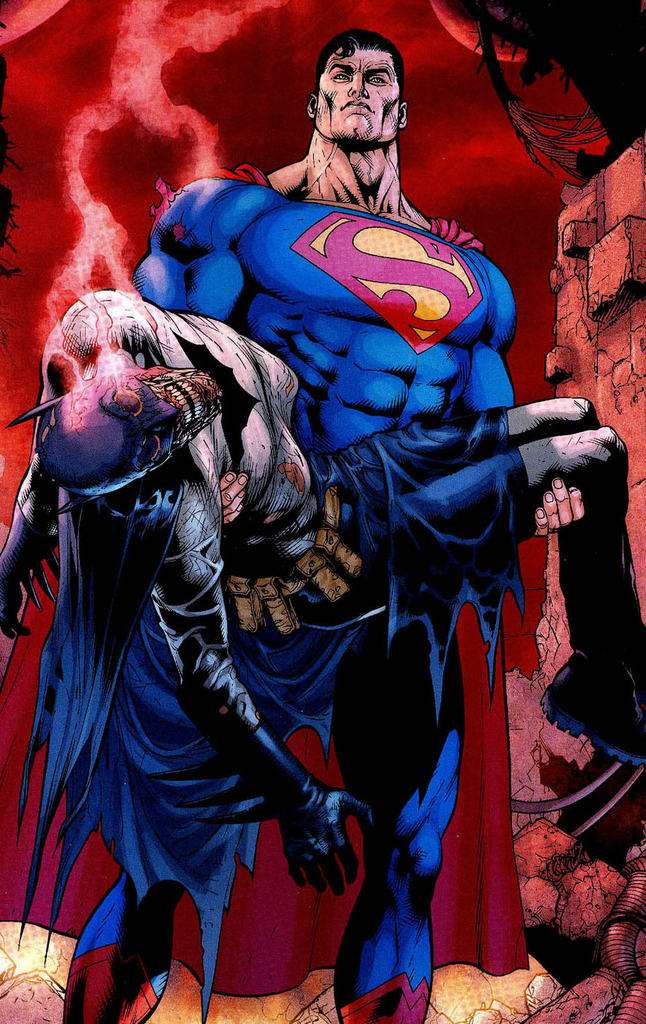