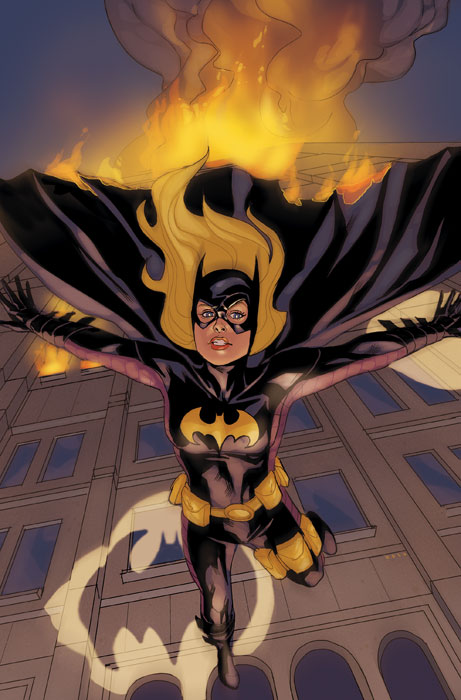 I really like the look of her costume here. Looks better than the other cover.

In fact, it would make a good icon. I need a Steph!Batgirl icon. Too bad my laptop doesn't have any image software right now...I'll go look for some.

*They DID seriously consider putting Babs in the Batgirl suit.

*Once again, it's reiterated that there will be big plans in 2010 for "everyone's favorite non-lethal assassin" (Cass).

*DiDio states he did agree to kill Stephanie. And apparently it was his idea to make her Robin. MAKE UP YOUR MIND WHOSE IDEA IT WAS GUYS.