Preview for the conclusion of Old Man Logan
This story arc has it's moments. Great ones and foul ones.

The preview image behind the cut is a good example of being both.

IGN has the preview. 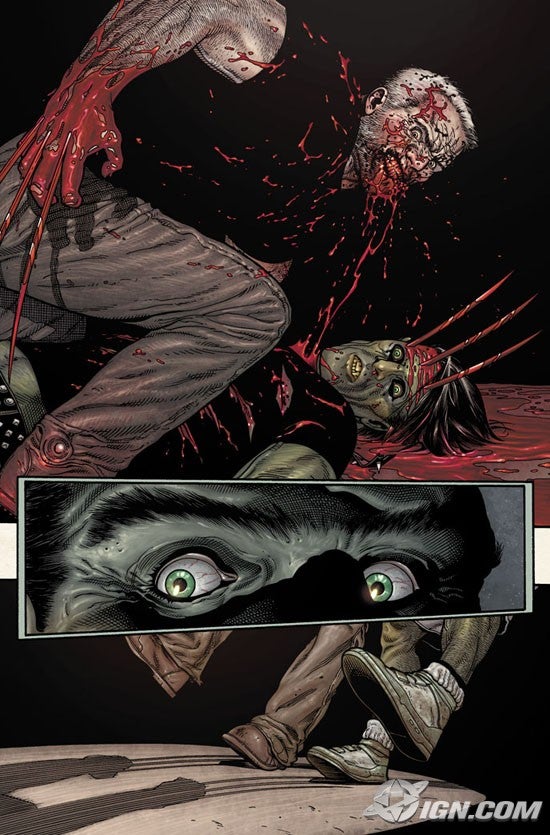 As gruesome as it is, and it really is a gruesome, gory visage, seldom have I seen an image that really does capture the concept of blood-drunk, blood-thirsty, burning fever for revenge. This is the Wolverine we always feared being set loose if Logan lost control of the animal inside.

And I have been watching too much Tarantino, because I see these scenes of Logan the hunter doing what he does best, and parts of the Fleetwood Mac song "Tusk" just play in my head. Damn you, Tarantino, for mixing up my pop culture!