Green Lantern #44 preview: Blackest Night
IGN has the preview of the Black Lantern Martian Manhunter vs. the Brave and the Bold, the Green Lantern and the Flash.

One page behind the cut. 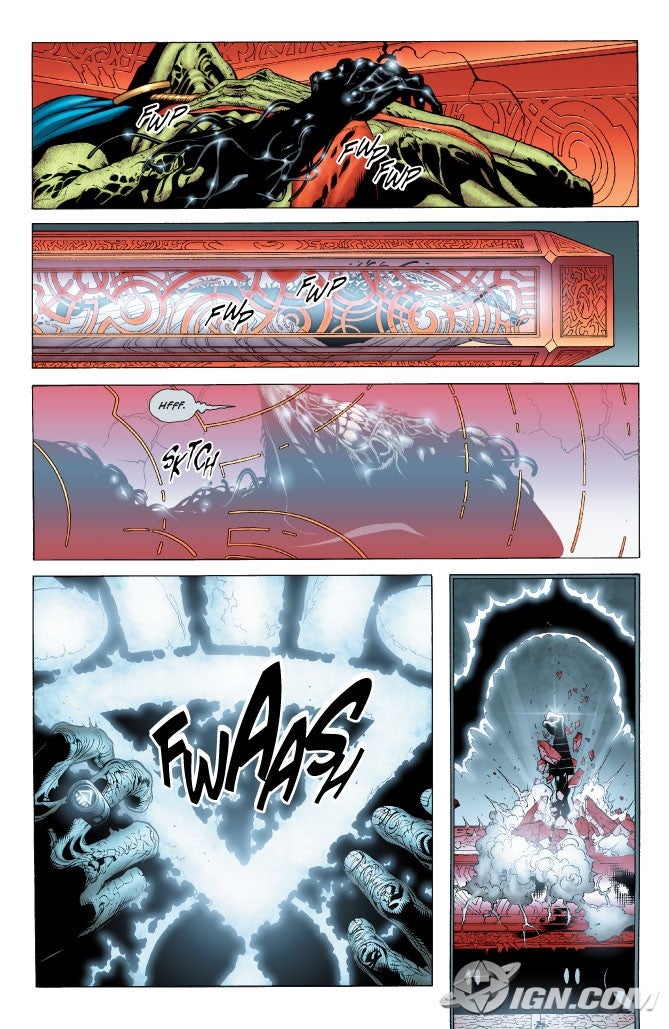 Anyone care the tell me what the hell the Venom symbiote is doing in DC?

No, wait, my bad, it's the Black Lantern Ring, and we see how it converts the dead into undead.

I said 1 image, but this deserves a second look at a second image. 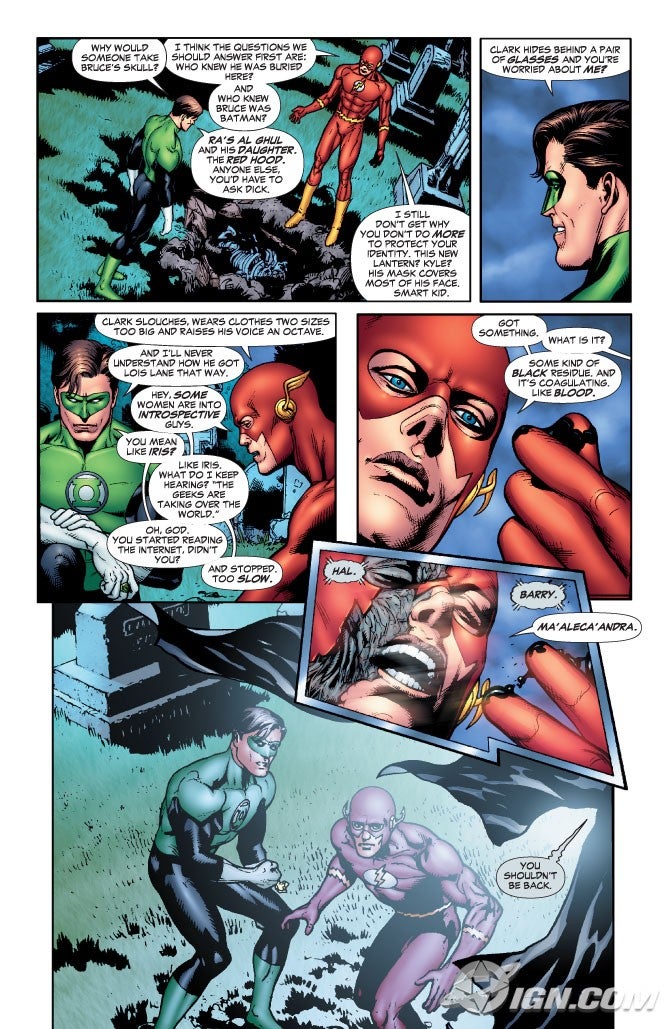 The panel where the black goo is affecting Barry. Is it because he was the Black Flash for a little while? Is he speaking some Martian language?

Why was Martian Manhunter sent after these two, when other could do the same job?

And what does Hal have against us nerds? Die, Hal, die!