Tweak says, "i can feel the pressure"


Following up on the Kirby Captain America post, in which Hitler gets punched, and the post someone put up of the Reborn cover, an interesting discussion arose about the taste issues of kicking the crap out of Hitler in comics, I've decided to add something eminently tasteful and serious to the discussion. Garth Ennis.
Here's some pages from issues 2 and 3 of Ennis' Midnighter story(mods: 7 pages from #2, and two from #3), in which he's forced to kill Hitler.
Yes, that's right. He's not too happy about it, but only because he's being forced with a bomb in his chest. 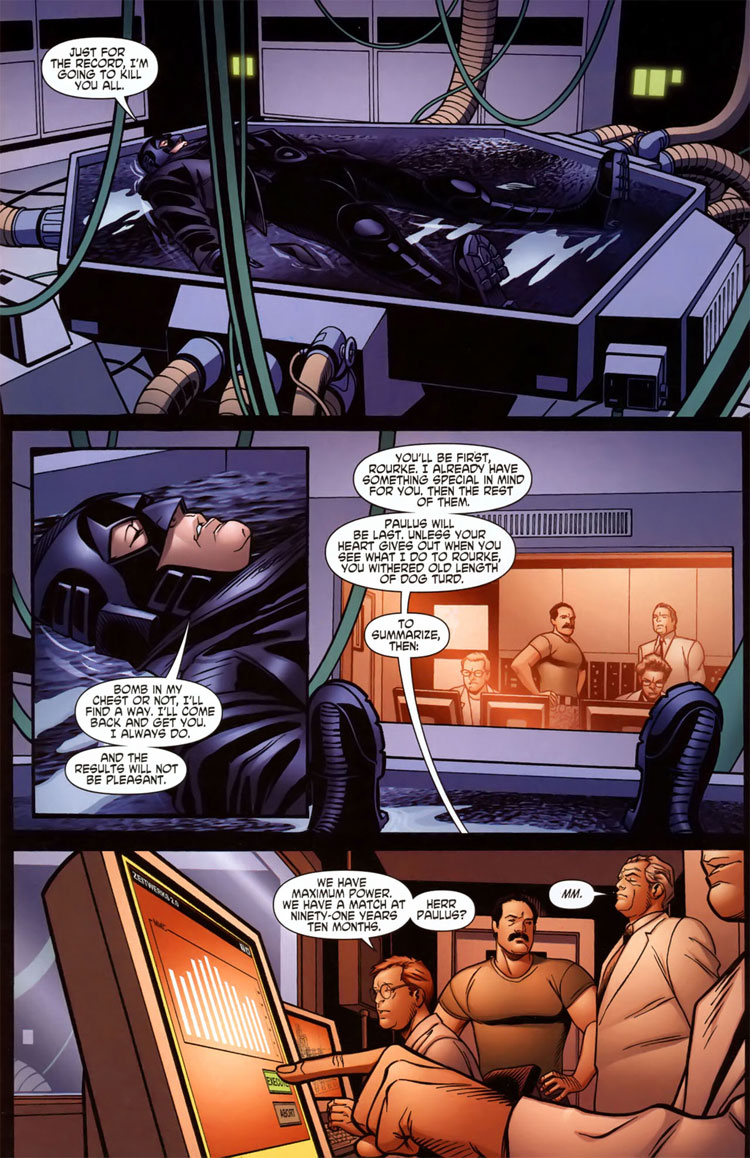 (No spoiler to tell you yes, he later does. And worse.)
(You should know, "Rourke" is the dude with the mustache--who you see here in this suit that damps Midnighter's abilities--and when he kicked Midnighter's ass, he threw in a homophobic insult)
See, there's this guy who claims his parents died in the concentration camps. He's very rich now. He has a time machine. He wants Hitler dead, so his parents will live. But Midnighter refuses. Besides that he doesn't like being forced, he will not kill children. Not even baby Hitler. (except in one case, but that would be telling)But that's not what the guy has in mind. 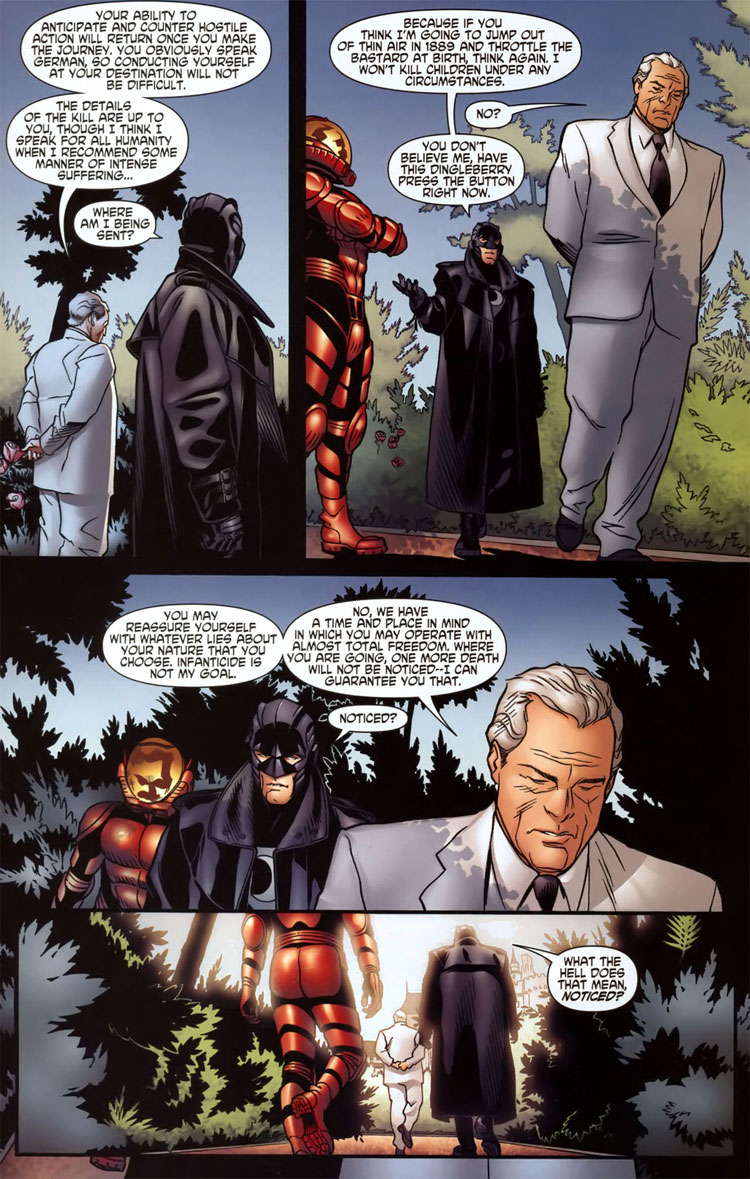 He's dropped in the midst of WW1 to find a certain corporal. 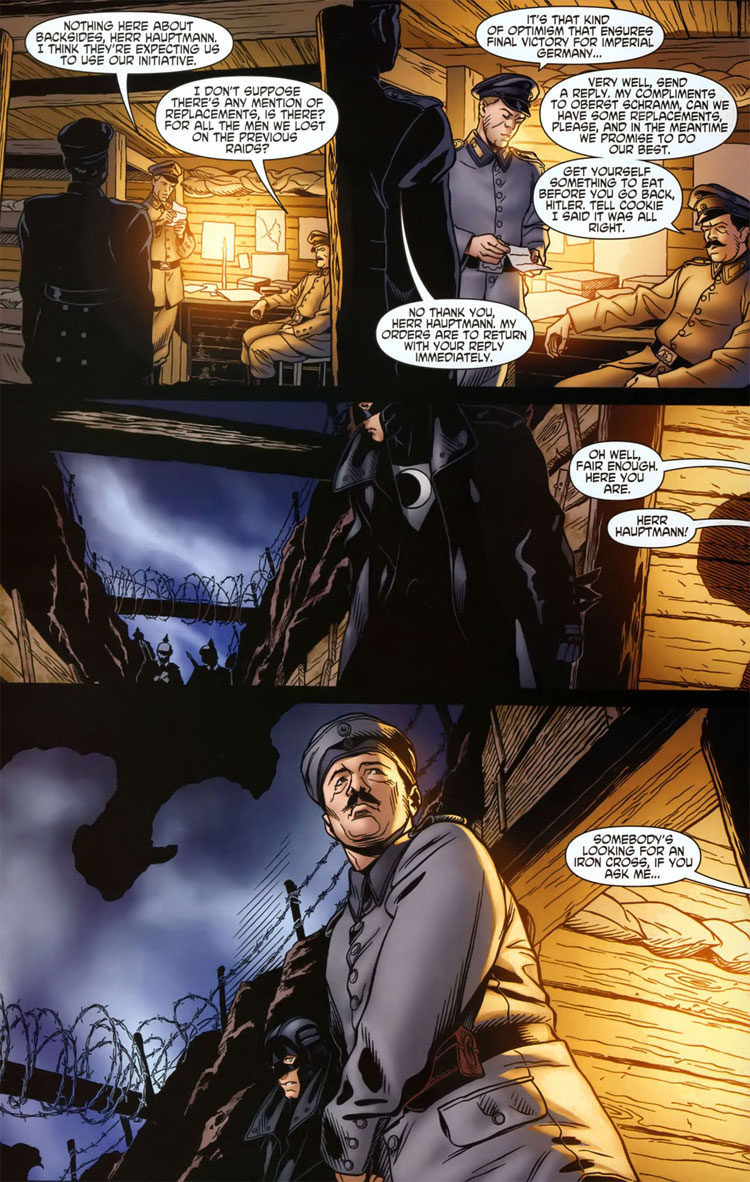 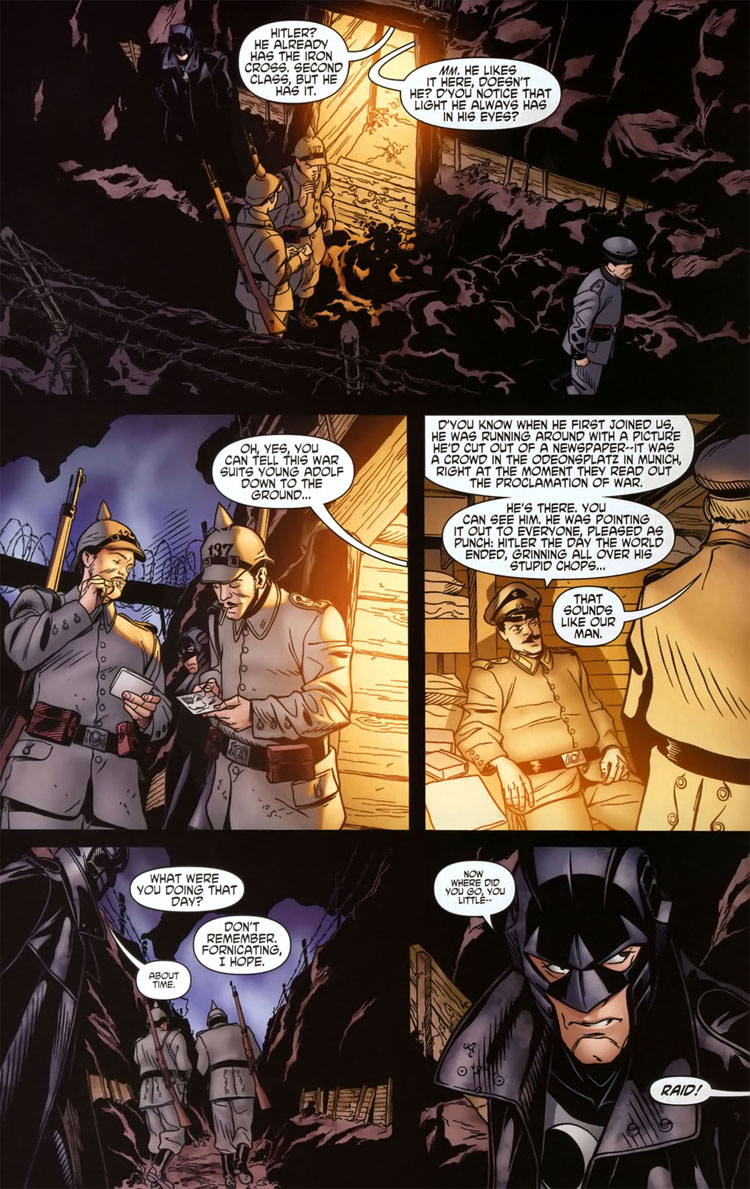 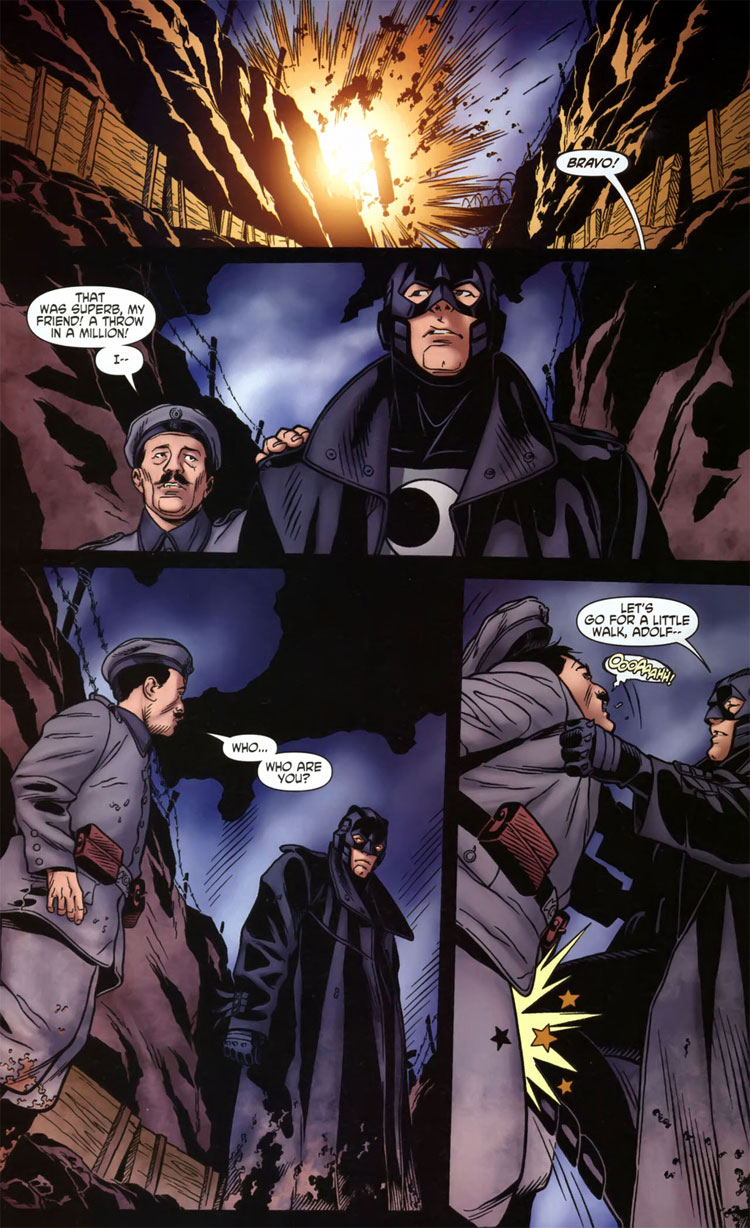 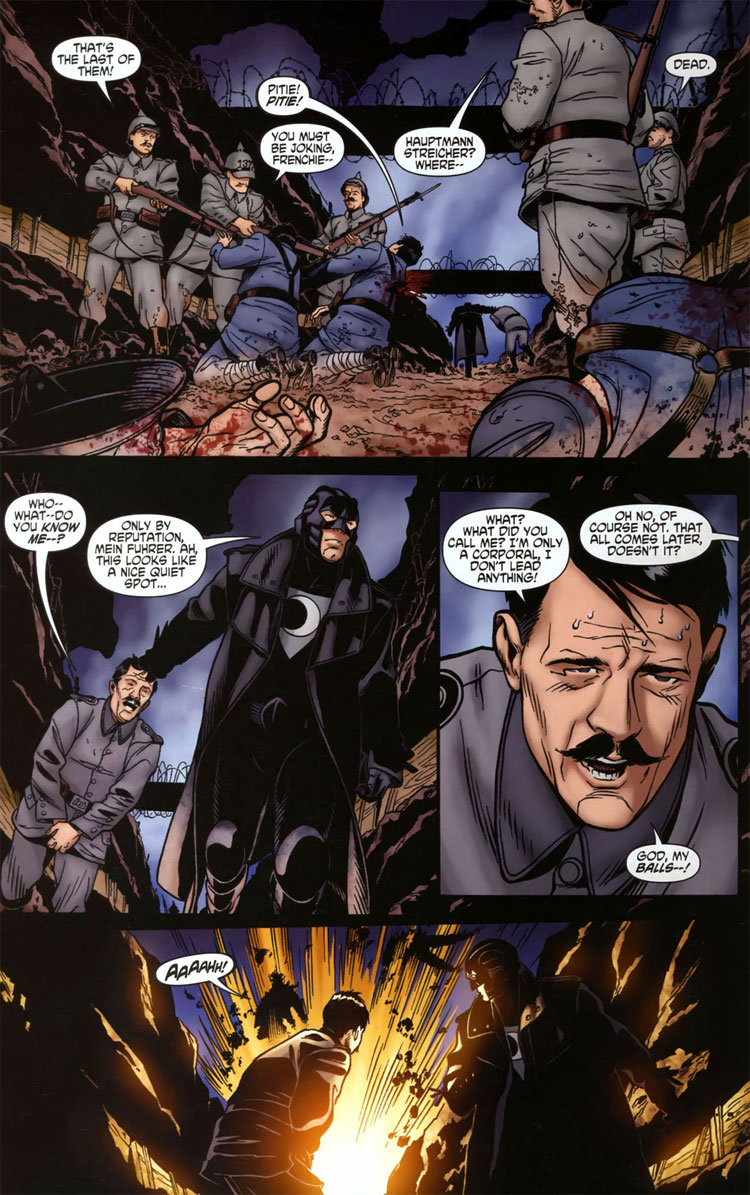 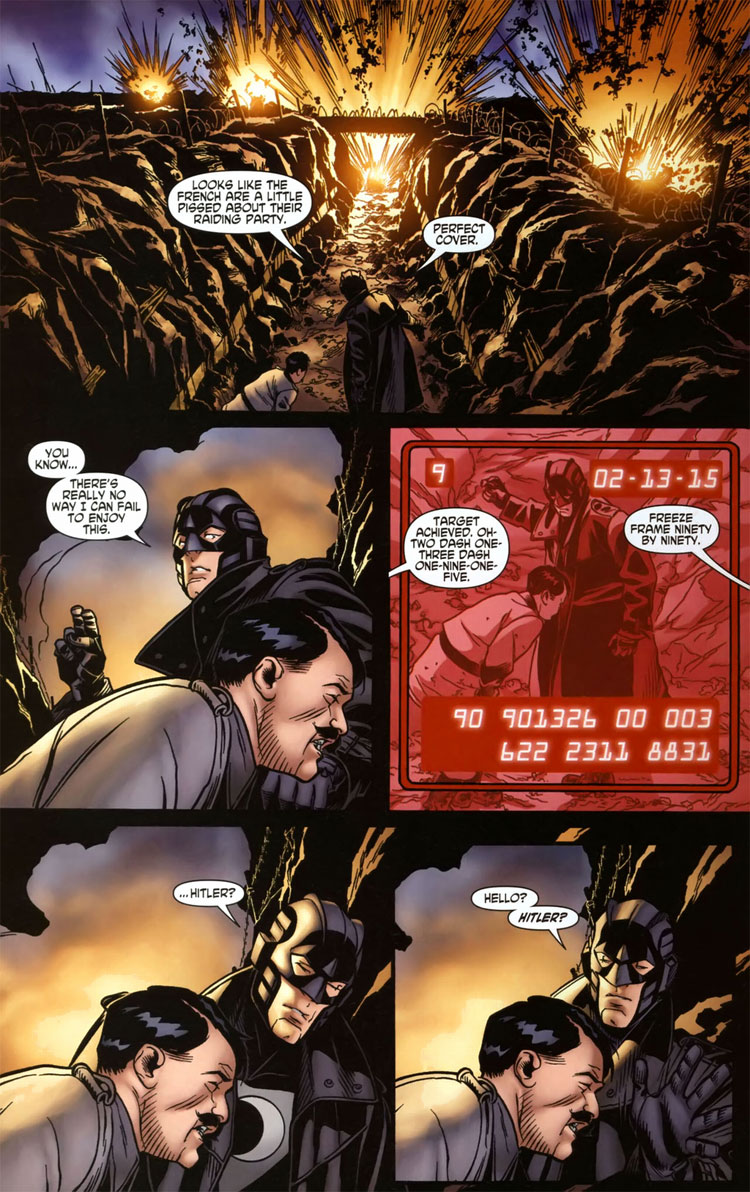 But the thing is about killing Hitler: everyone wants to. And there are cops for that. They freeze time and try to arrest him. But... 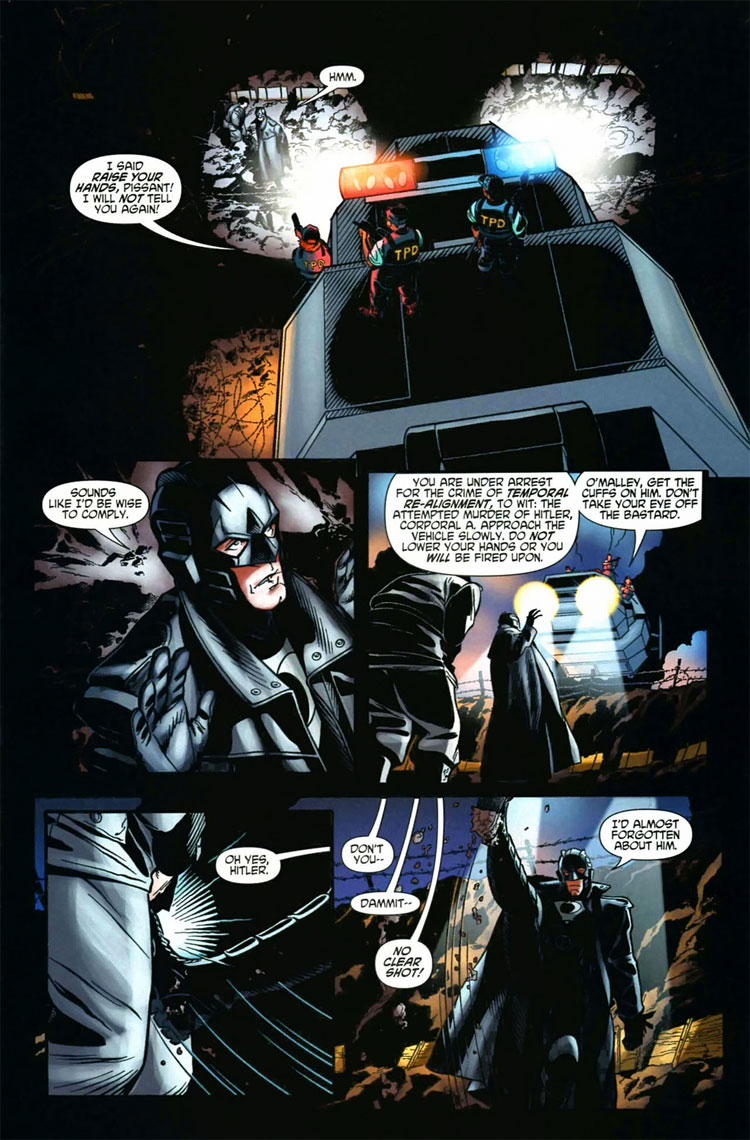 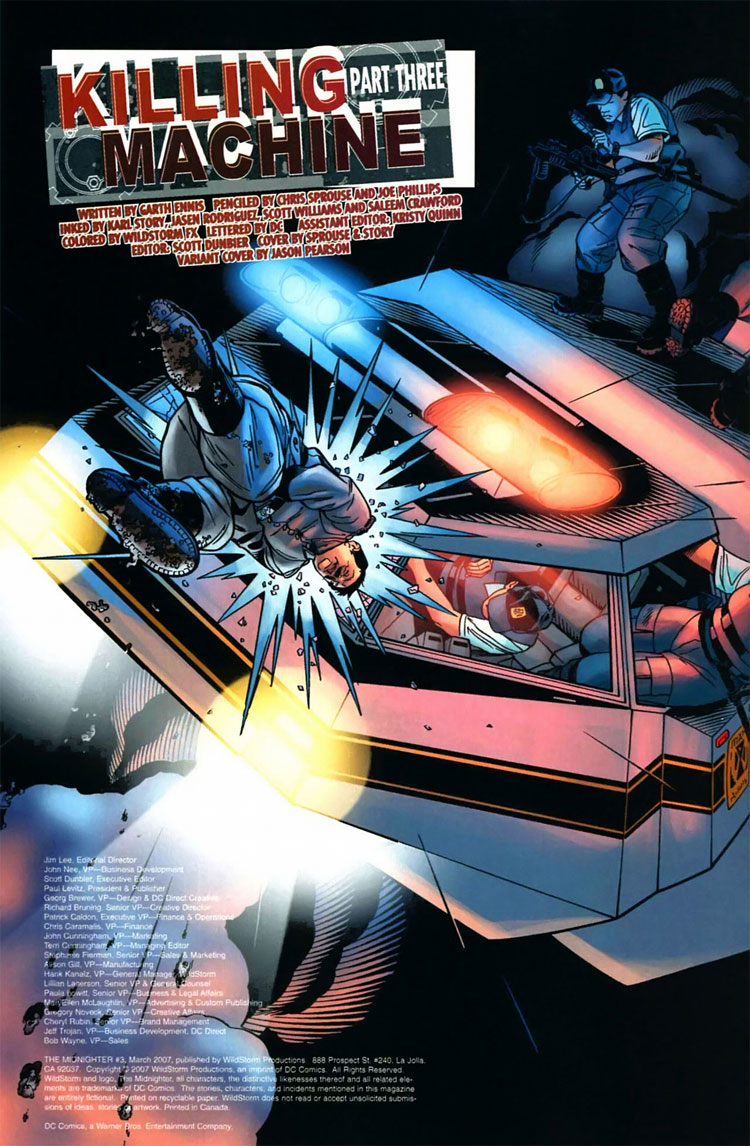