Tweak says, "My shoes are too tight"

J.M. DeMatteis' new IDW series THE LIFE AND TIMES OF SAVIOR 28 has a superhero that wants to give up a life of violence. And Simon Williams does the same.

THE LIFE AND TIMES OF SAVIOR 28 is a superhero murder mystery where the victim is Savior 28. The titular superhero, a Superman/Captain America pastiche (with a little of the Spirit tossed in) wants to give up his life of violence, saying it never really accomplished anything. J.M. DeMatteis said on the Word Balloon podcast that it's based on an idea he had for CAPTAIN AMERICA #300 back in the 1980s. Comic Book Urban Legends gives details.

"It was to reach a turning point with a double-sized CAP #300 in which the Red Skull dies and Cap, after (at the time) forty-plus years of solving problems with his fists, begins to wonder if there’s another way to live his ideals and change the world. In the proposal I presented to my editor, the late, great Mark Gruenwald, Cap was, ultimately, going to disavow violence as a tool for change-essentially rejecting the entire superhero mindset-and start working for world peace. (Keep in mind that this was at the height of the Reagan “evil empire”/cold war period, so it was a pretty radical idea for its day.)"

Most people would turn against Steve Rogers, he would then be assassinated, and there would be a new Captain America. Mark Gruenwald liked it, but Jim Shooter did not. Shooter said that idea wouldn't work with Steve Rogers.

"At the time I was angry but, in retrospect, I totally understand Shooter's POV. Jim-a brilliant editor and a guy who really helped me along in the early days of my career-was the custodian of the Marvel Universe: he had to protect the characters as he understood them. As noted, my idea was extremely radical for its day: I mean-Captain American involved in political controversy and then assassinated? How could anything like that every happen?

Just goes to show you how times change."

Savior 28 comes to a similar conclusion after the death of his "opposite number" Savior 13 and his now-elderly former girlfriend Samantha. A 1940s flashback reveals Samantha wanted to change the world with compassion instead of violence. Over 60 years later... And then Savior 28 is assassinated. And the story is only beginning! We learn the 2001 terrorist attacks broke Savior 28's spirit. Only the attacks happen on September 12, 2001 instead of the day before.

There's similar concept in NEW AVENGERS #51. Simon Williams, a.k.a. Wonder Man, says using violence to uphold justice has caused nothing but heartache and death. He's even sorry he kept getting "sucked" back into the Avengers. 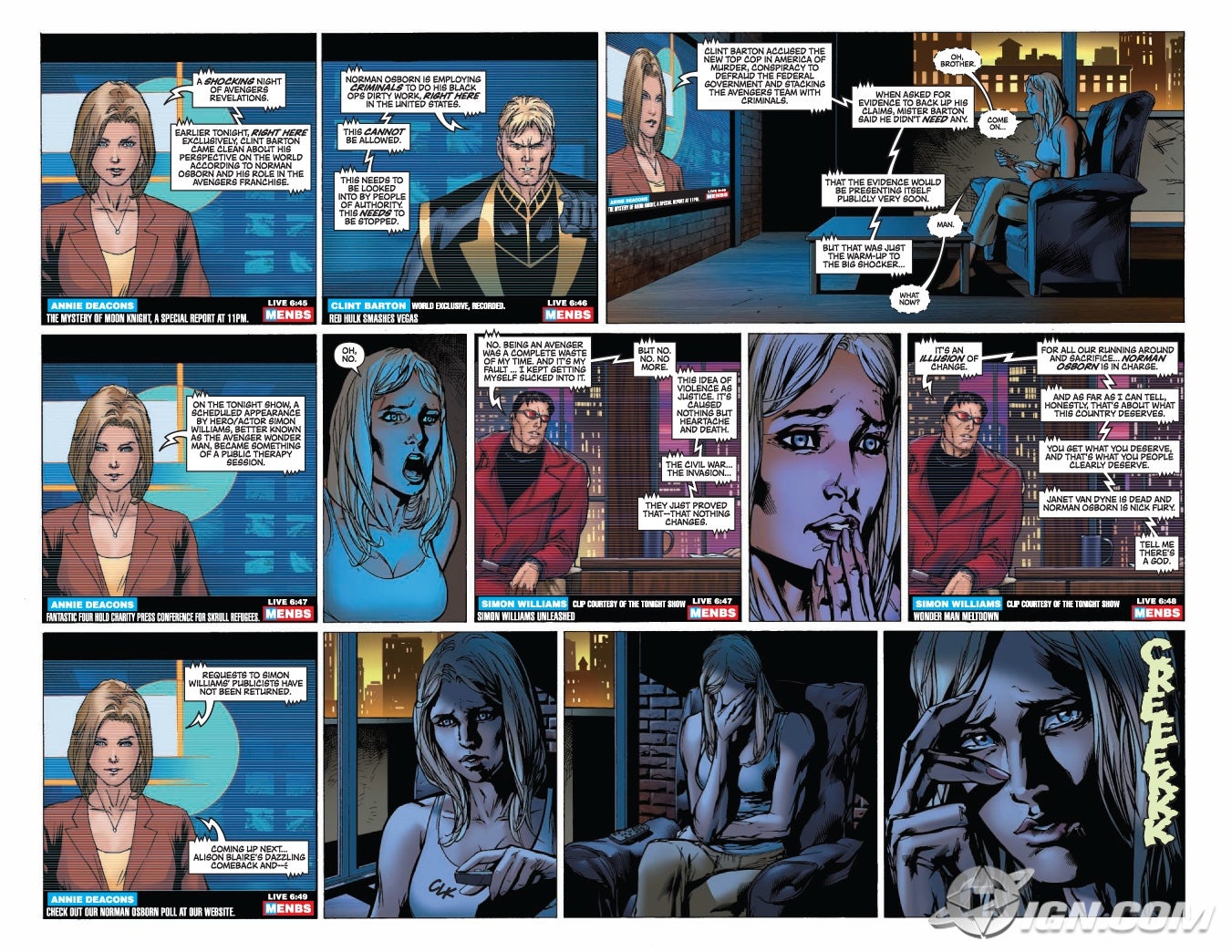 A superhero comic, even a "deconstruction" like Savior 28, talking about violence not solving anything? Wild. Of course, plenty of Superman and Batman stories have shown how Clark and Bruce fight crime in their "day jobs."

What superhero would "give up" violence? Maybe Batgirl and Spider-Man. Cassandra Cain was raised in violence and her becoming non-violent could work. Former wallflower Peter Parker could figure out "great responsibility" doesn't always mean beating someone unconscious. magus_69 on noscans_daily cited Arrowette of Young Justice as an example, albeit a special case.