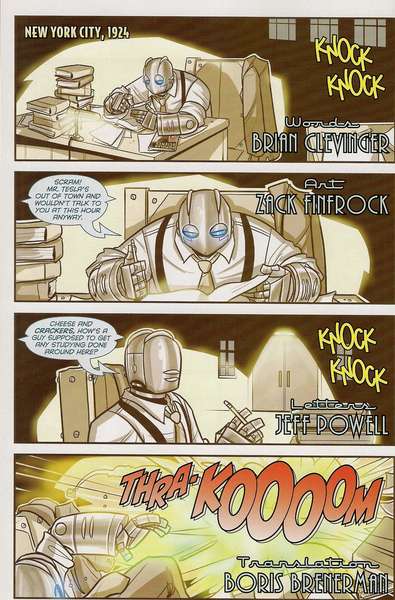 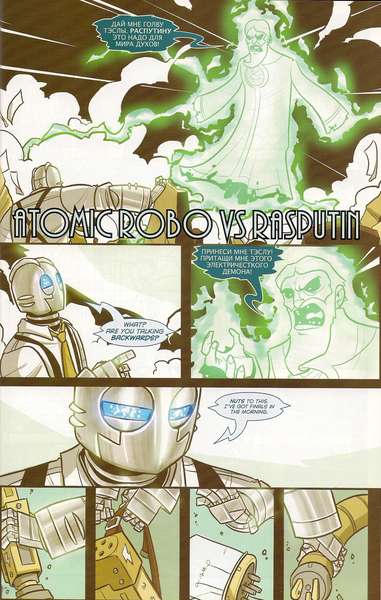 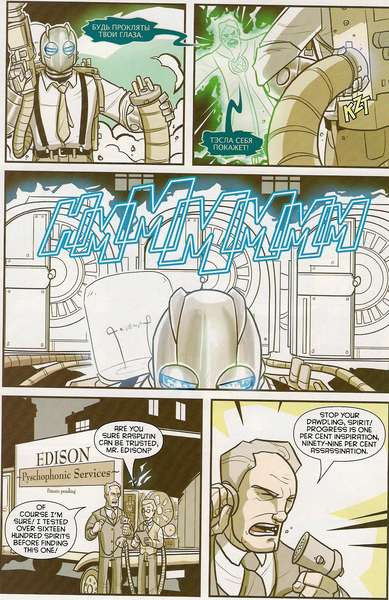 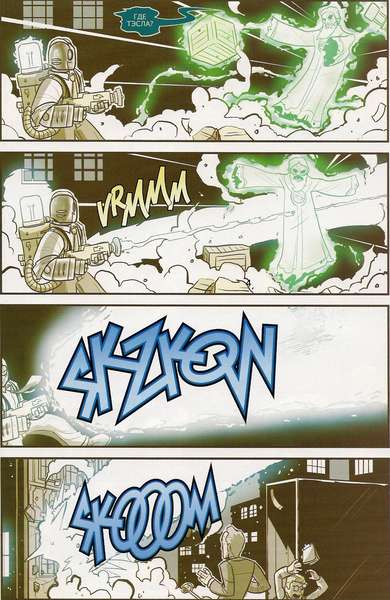 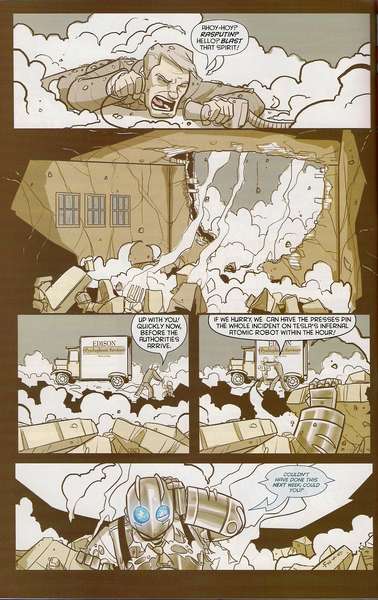 The funny thing is that the outfit Rasputin is wearing there is somewhat similar to the one he wore in Hellboy, which Atomic Robo is initially similar too though a lot lighter in tone.

A similar outfit was worn by Rasputin in the Authority, where he was shown to be one of the previous Doctors.

Anyway, on the similar riff, here's a song by 70s group Boney-M about the guy.

Not that historically accurate though.