One of the things that aggravates me about Spider-man's "new direction" is that in addition to attempting to take Peter's character back several years (and thus making him a loser, basement dwelling man-child) they've also been rewinding the clock on several members of his supporting cast.

Take, for example, J. Jonah Jameson, who's been returned to his Spidey-hating roots and now that seems to be the entirety of his character again. A damn shape after several years where Triple-J was shown, not to be just a great newspaperman but sometimes, a great man as well. Okay, still a cigar chomping a-hole, but not exclusively so. Take, for example, his cameos in Uncanny X-men #337-#346, where he proves himself to be the kind of guy I could buy the people of New York voting for. 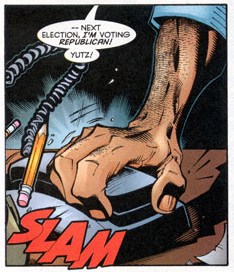 First let's check in with political candidate and mutant-hater Graydon Creed (the love-child of Mystique and Sabretooth. Literally. With parents like that it's small wonder he has grudge against mutants.) 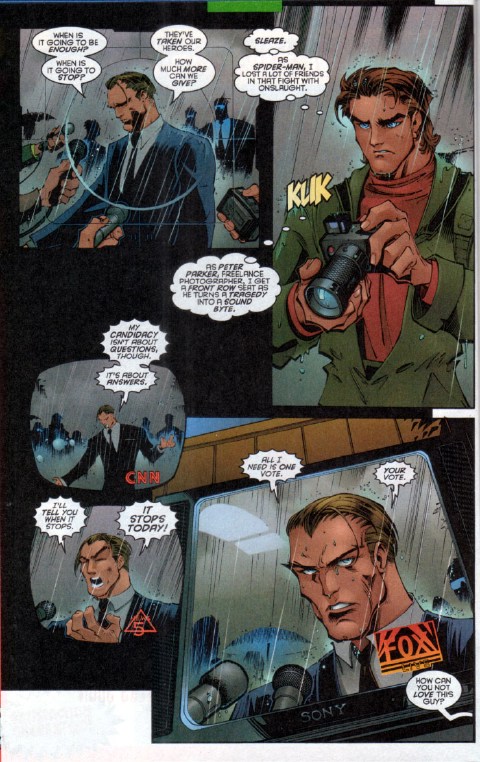 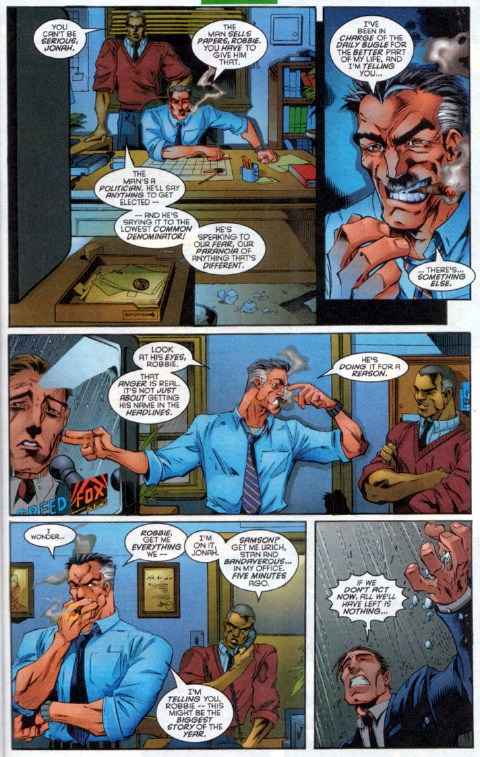 Next issue J.J.'s not quite so glowing. 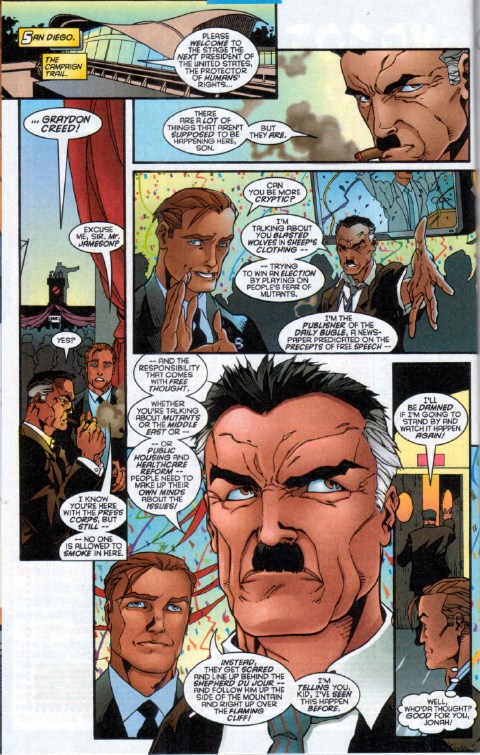 That's an undercover Iceman there, by the way. Before he was outed and Creed had his father almost beaten to death. Presidential material right there. Anyway, Peter Parker gives the X-men the heads up that J.J.'s investigating Creed, assuming that he's gunning for mutants this time so they follow him. Inconspicuously of course. 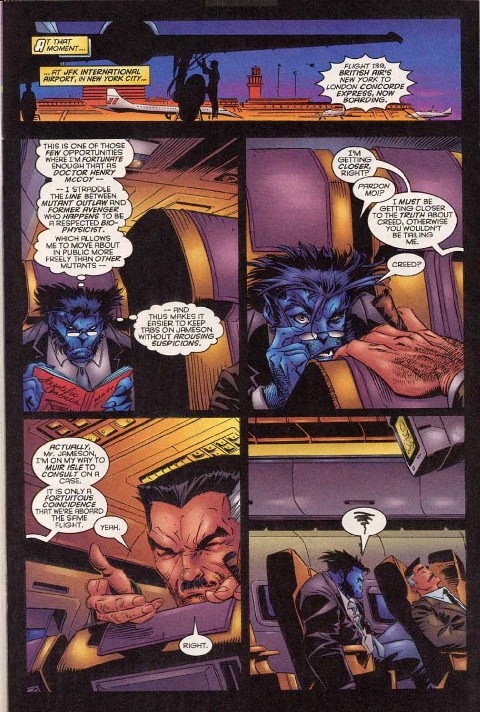 Meanwhile, the reporter J.J. put on the case discovers Creed's true parentage. Unfortunately for him, that's a secret that Prime Sentinel Bastion doesn't want coming out, since Creed serves his purposes. So he kills the story. 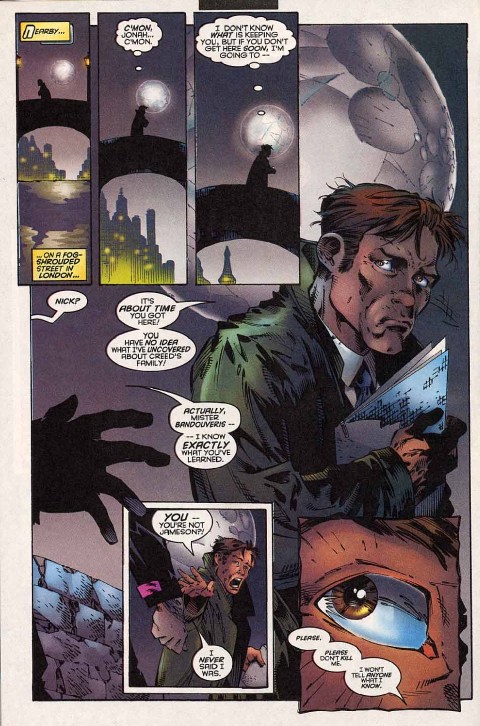 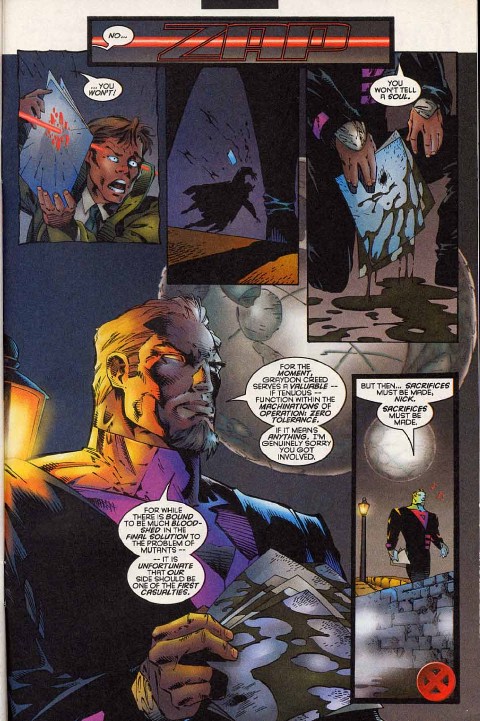 Which leads to this confrontation: 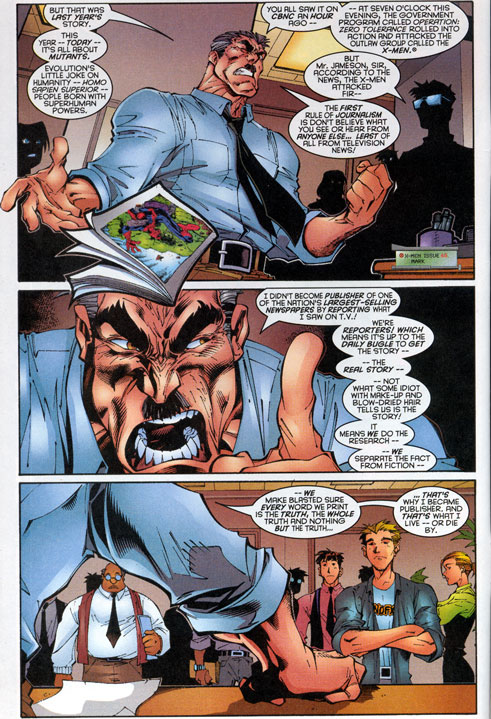 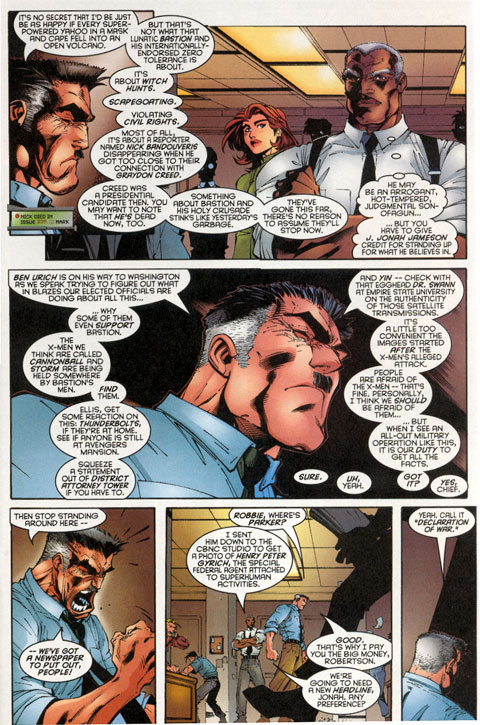 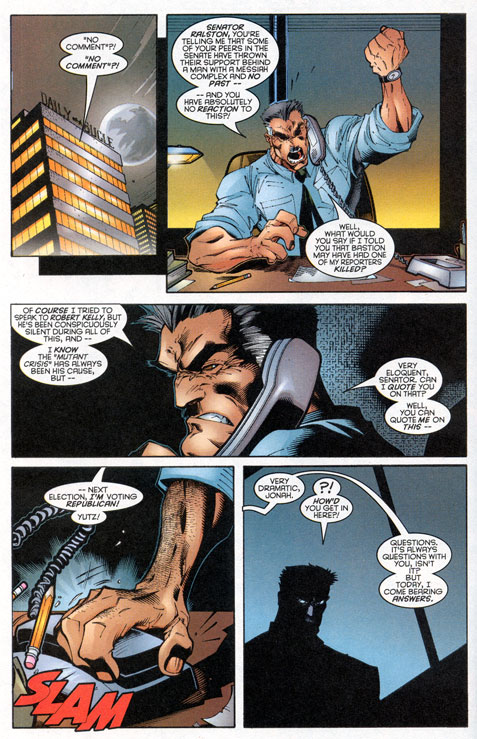 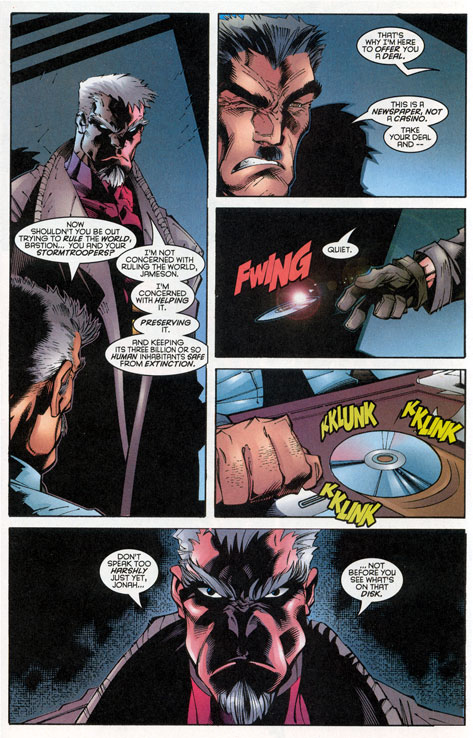 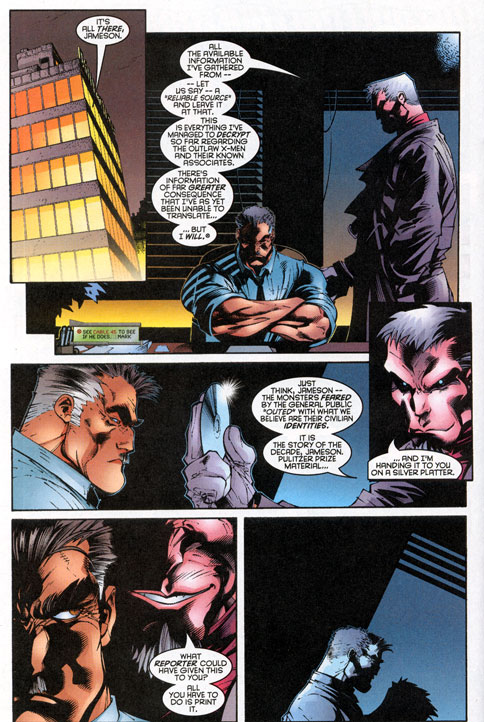 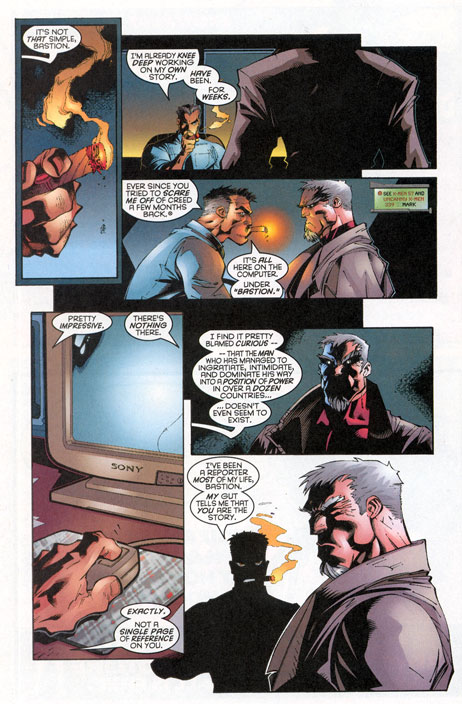 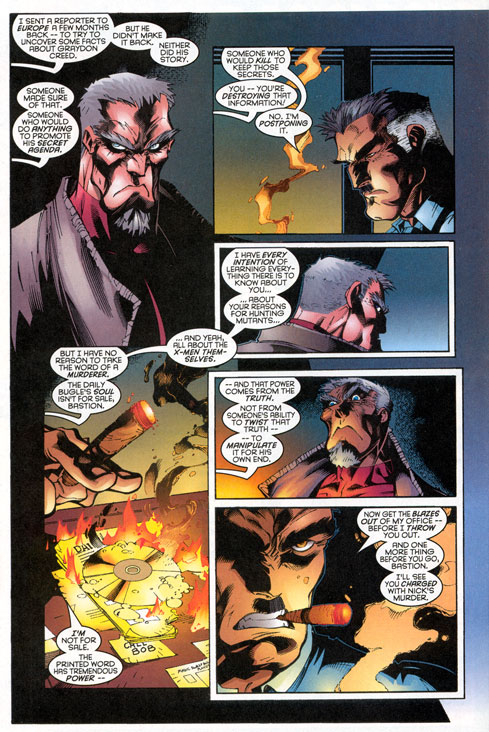 Now that is a J. Jonah Jameson I can get behind.