Ultimate Peter and MJ have "the talk"
Inspired by this post,
http://asylums.insanejournal.com/scans_daily/233061.html#cutid1

...I decided to post what Ultimate Spider-Man's views of teenager sex were.

Sorry about the size of the letters, my scanner was playing up.

It begins in MJ's room, and she and Peter are fooling around, 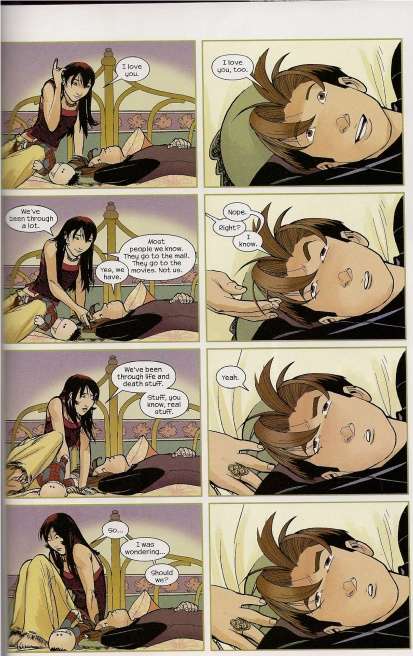 After this MJ panics and spends most of the issue hiding from Peter, while he obsesses about what he should do. Oh, and fighting Ultimate Mysterio.

Here's the conclusion to the issue, and what they decide to do regarding getting to third base, 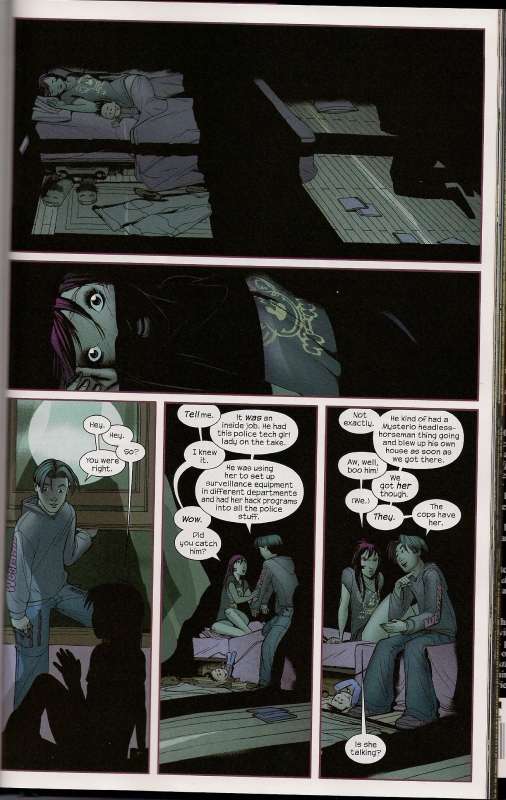 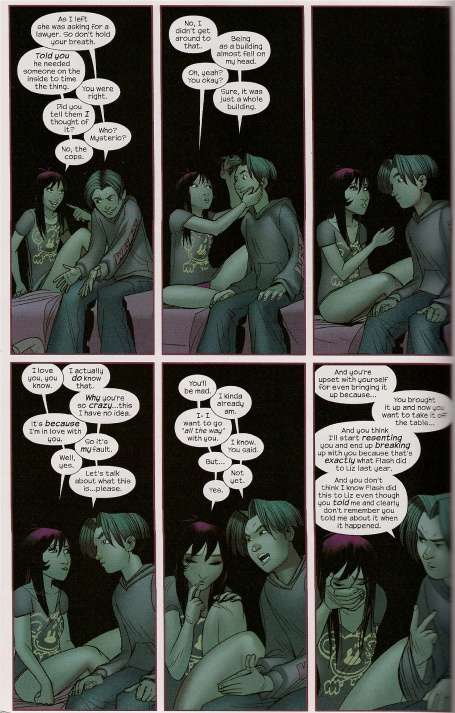 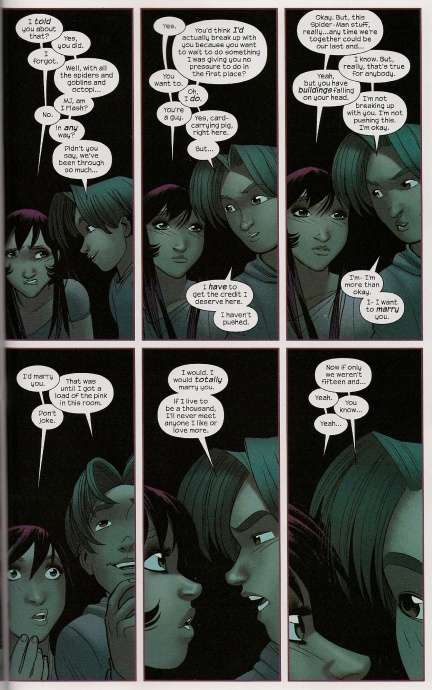 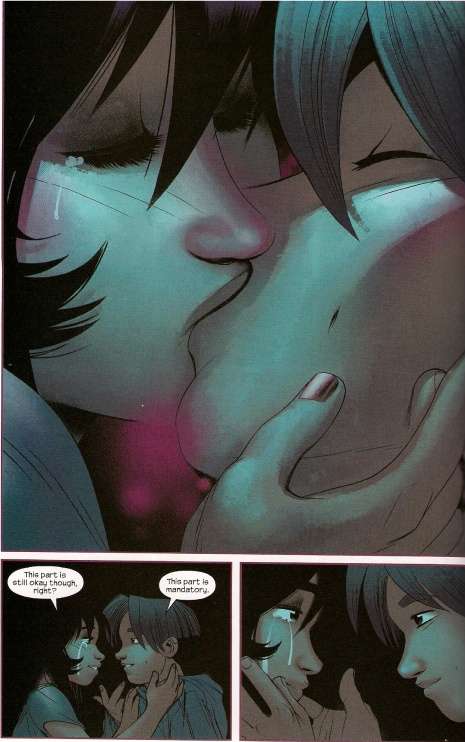 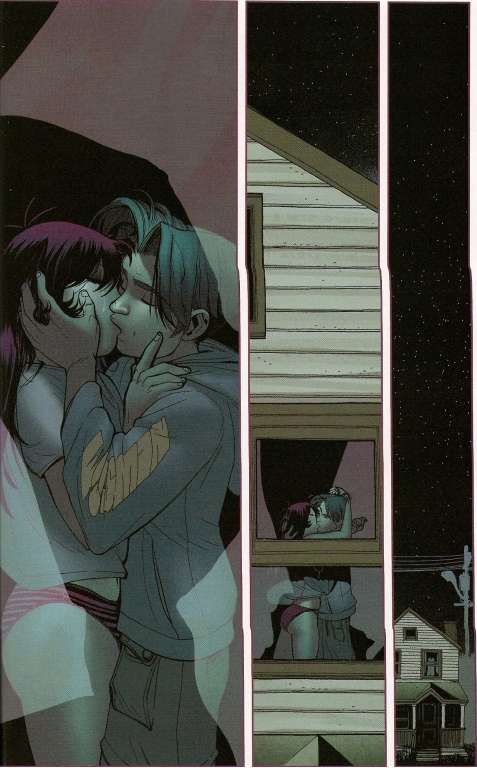 Which resolves things nicely and is actually kind of sweet...

Or it would be if this wasn't a tie-in to Ultimatum, which considering Peter has disappeared according to the solicits following the crossover, it means that he was probably killed gruesomely somewhere along the lines. By the new handsless, rapist version of Ultimate Pyro (don't ask) burning him to death or some such.

Which would mean that the closest Peter and MJ get to actually expressing their feelings towards one another in a physical way happened when Ultimate Wolverine ended up in a bodyswap situation with Peter, and tried to do something unspecified with an unknowing MJ. 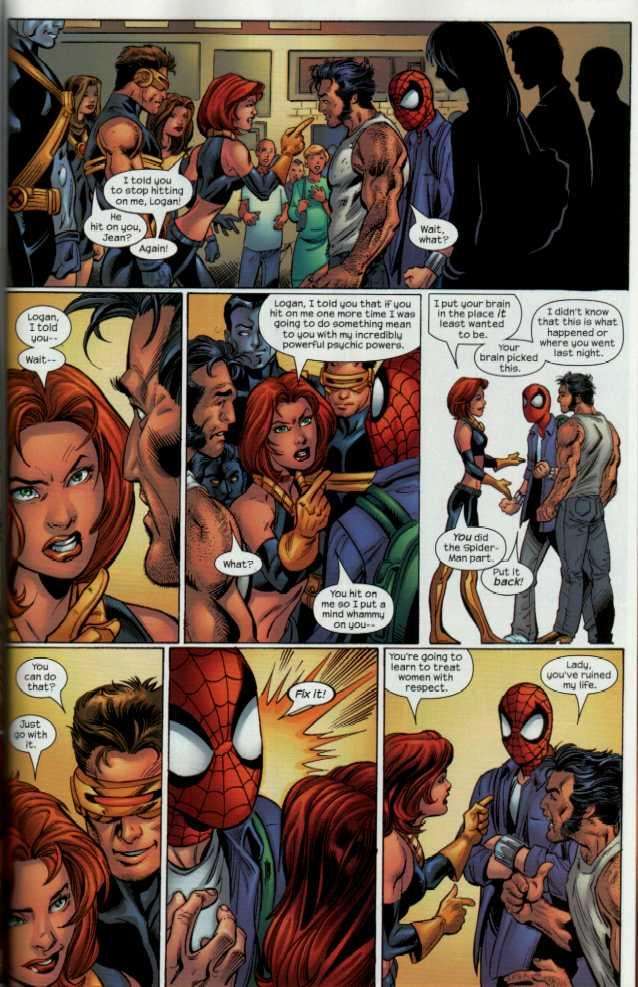 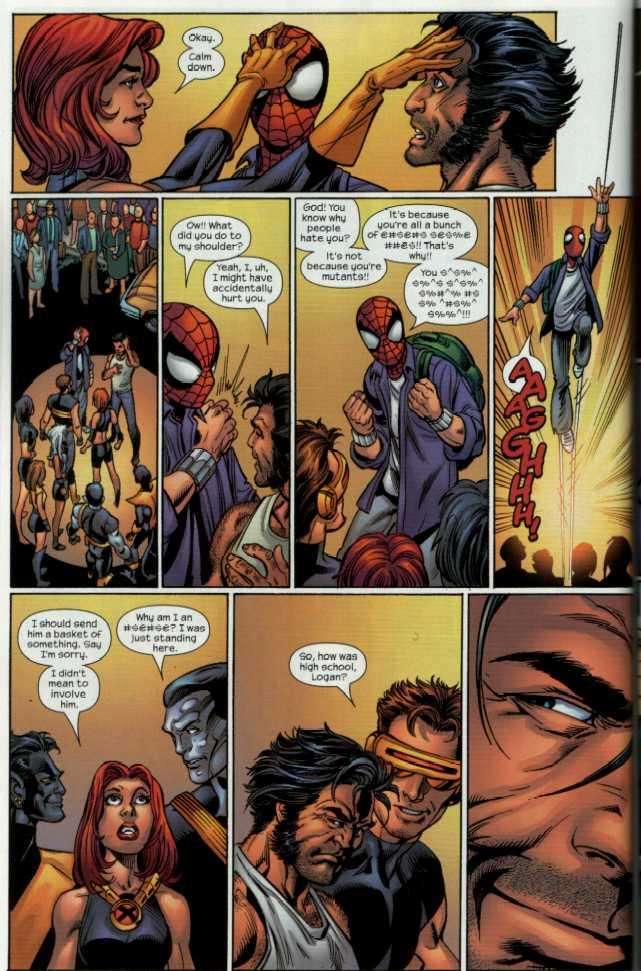 ...and judging from his reaction to meeting her in an earlier Ultimate Team-Up issue, he at least had some forethought into whatever he did with her, 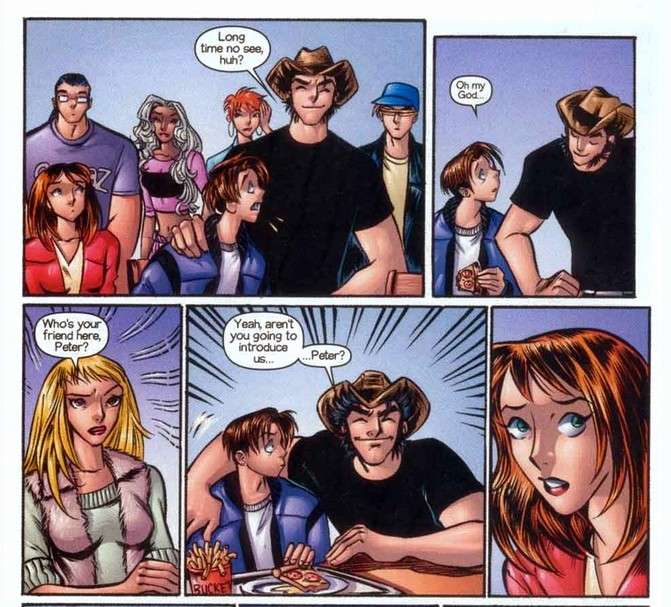