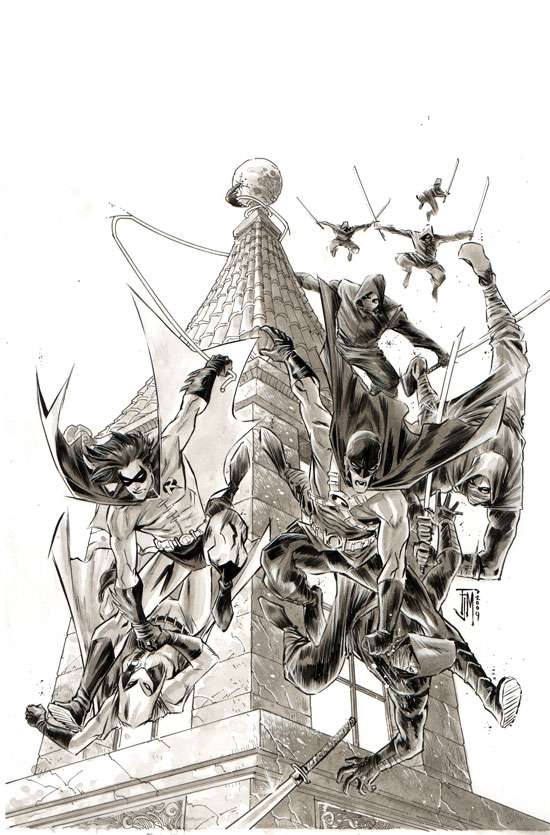 Hm, Robin, a female co-worker with a link to Batman, with random ninjas... Oh no, she's going to get drugged and mindcontrolled into becoming a new leader of the League of Assassins! And start severely padding her bra!

Huh, but who's Robin there? And if it's Tim, have they revealled that the death in Battle of the Cowl that the writers etc. mentioned WON'T be Tim despite being stabbed in the chest with a batarang by Jason Todd.


Also, from the New DC Blog, a preview of 'Streets of Gotham' and 'Gotham City Sirens',
http://dcublog.dccomics.com/2009/04/08/batman-in-july-a-look-at-batman-streets-of-gotham-2-and-gotham-city-sirens-2/

Also, what's the official tag-code for Cass Cain? The one I've been entering seems to be only connected to my posts of her.