Tweak says, "I can feel my soul ascending."

James Robinson revives his beloved STARMAN series for one more issue as a Black Lantern Starman haunts Opal City. Which Starman has returned and who can stop him from wreaking havoc on the city? Well, the Shade would rather just continue his date with Hope O'Dare, but if no one else can be bothered, what choice does he have but to investigate? Just don't dare call him a Super Hero.

As the rest of the DC Universe is learning, defeating Black Lanterns isn't easy – is this the final curtain call for the immortal Shade? Find out in another of this month's one-issue revivals of classic DC Universe titles!

A BLACKEST NIGHT tie-in! Greg Rucka (DETECTIVE COMICS, CHECKMATE) joins original THE QUESTION series artists Denys Cowan and Bill Sienkiewicz for the return of Vic Sage! The Black Lantern rings have made their way to earth and disturbed the grave of the original Question. Now, the faceless man returns as Black Lantern Vic Sage targets his former protégé – and current replacement – Renee Montoya. It's the Question vs. the Black Lantern Question vs. Lady Shiva in the ultimate throw-down!

Yay! ^^ Shiva and Shade! Though not in the same story. Also yay for them picking up that thread of the Shade possibly going on a date with the O'Dare woman (who is the sister in law of the Tarot lady from Trinity).

For legality, a moment from the Shade's mini-series.

He's in the South of France in the early 20th century, where he has gotten into a relationship with a woman he meets there. To his suprise, they fall in love, only for her to posion him.

This is what happens next, 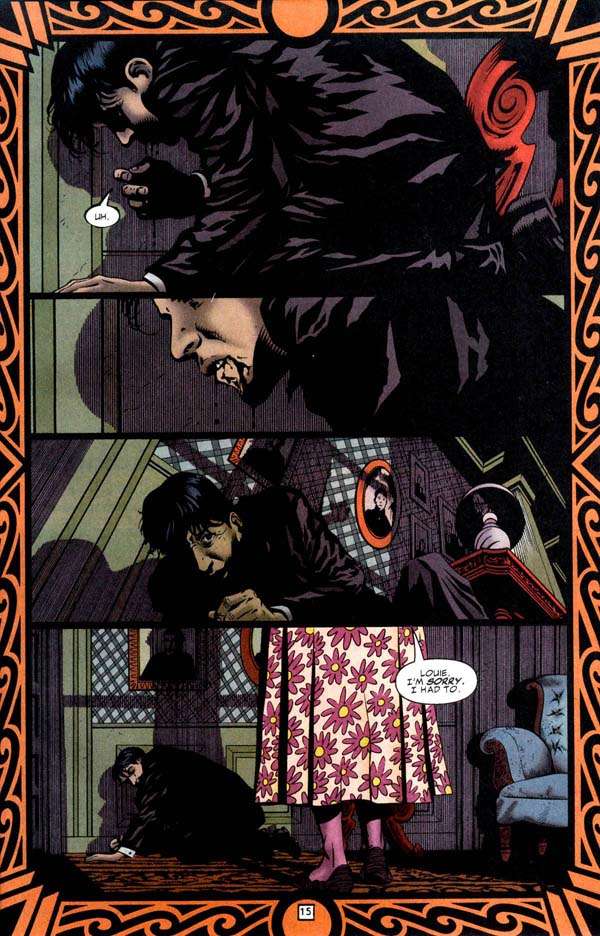 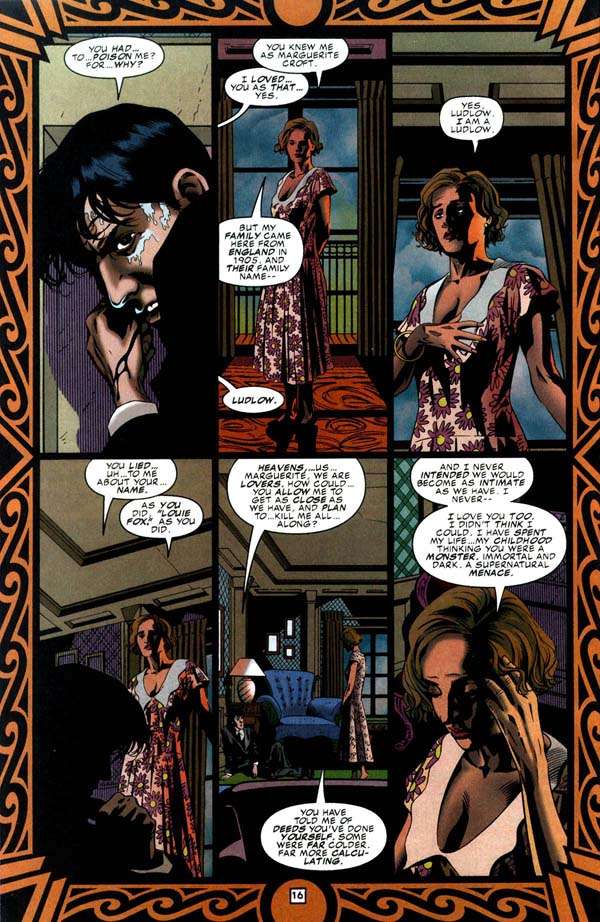 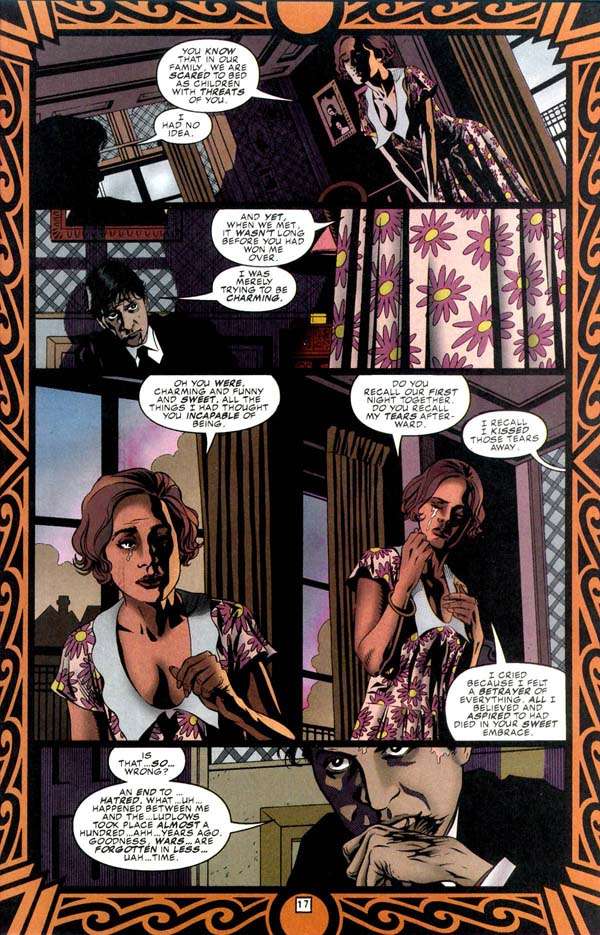 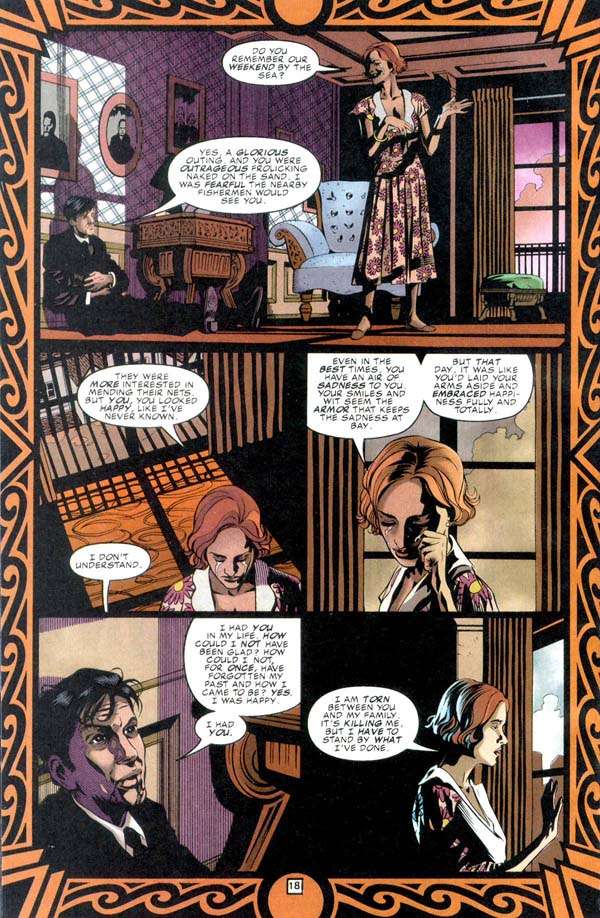 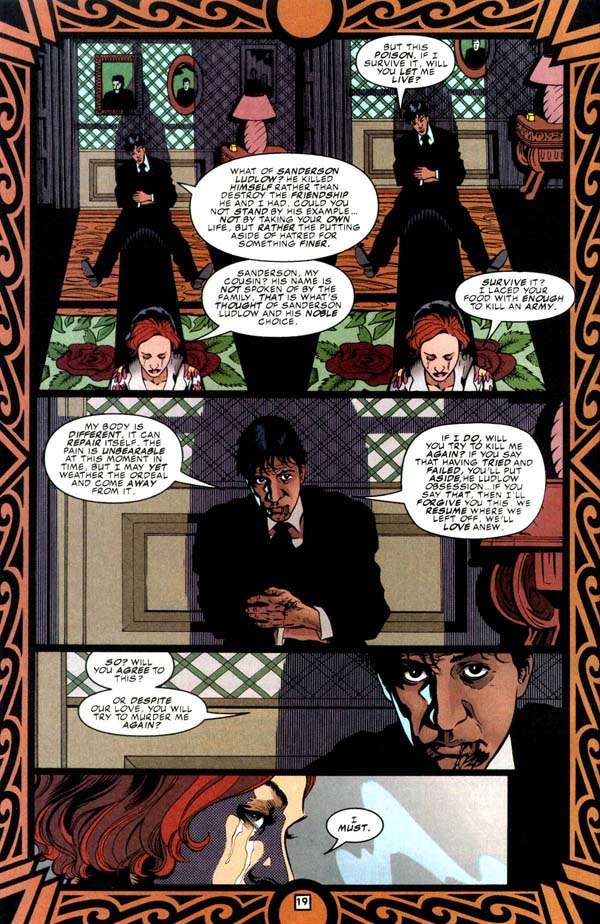 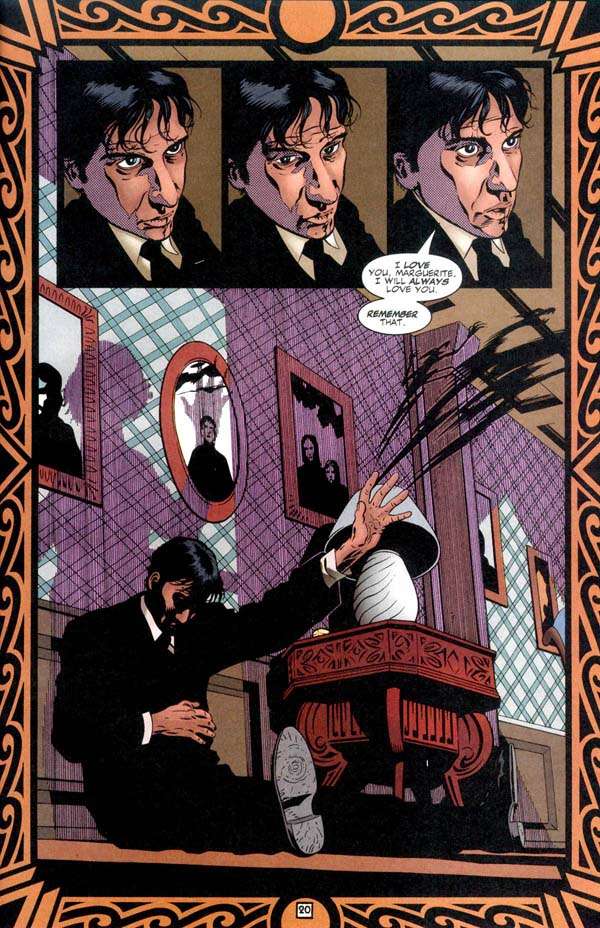