From Doom Patrol #99, Nov. 1965, a brief excerpt with the first scene featuring Gar Logan, aka Beast Boy. Which is a name Cliff gives him as an insult. Plus one other page.
First, a truly Silver Ageriffic cover. The story it refers to barely has to do with this(and is very much like an old Birdman episode) and in fact is mostly about how much Larry resents Negative Man(meaning the black energy dude inside him) getting all the glory. 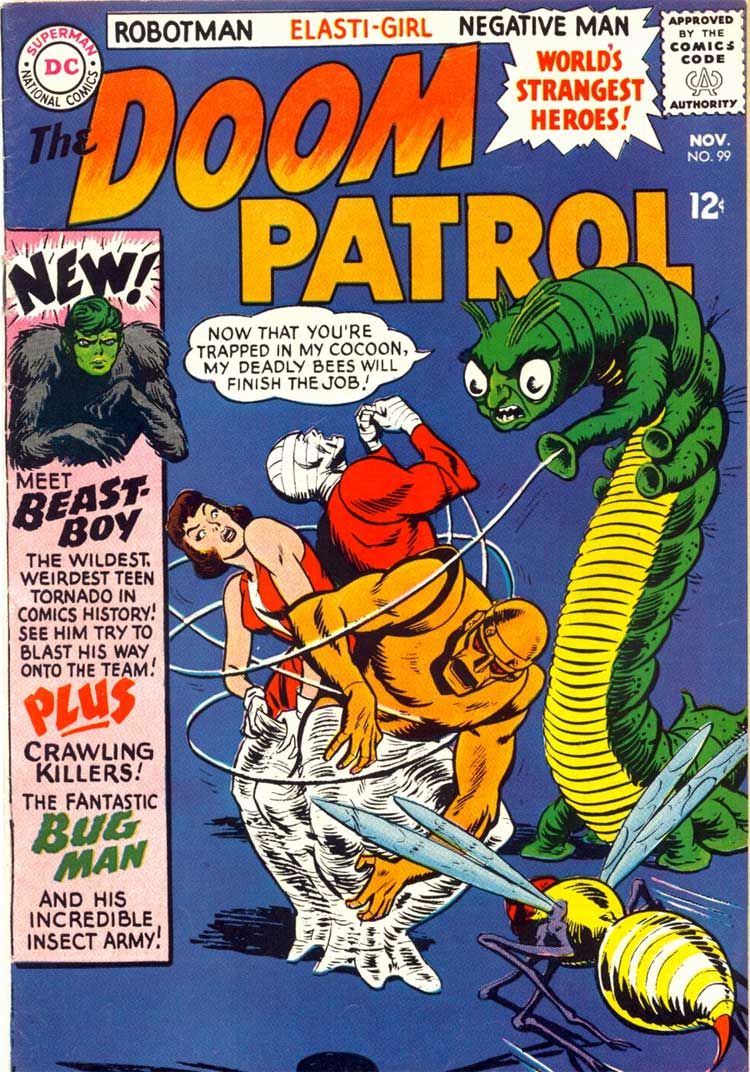 How'd Gar get into the group? He broke the fuck in and wrecked the joint. 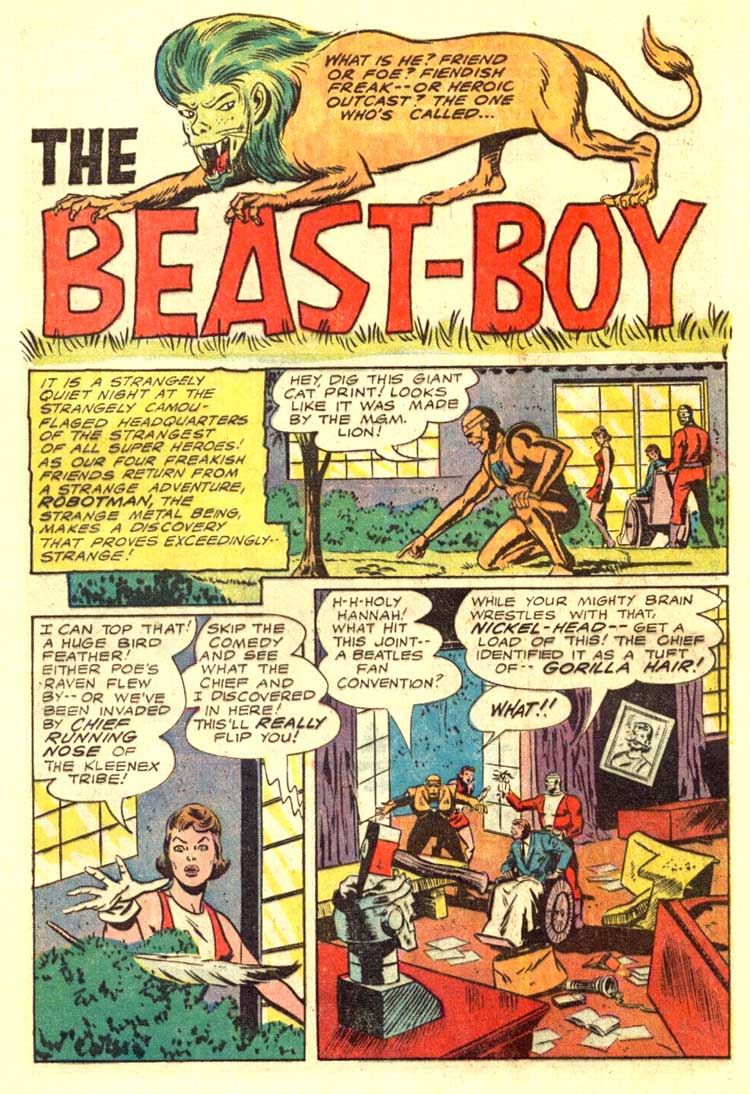 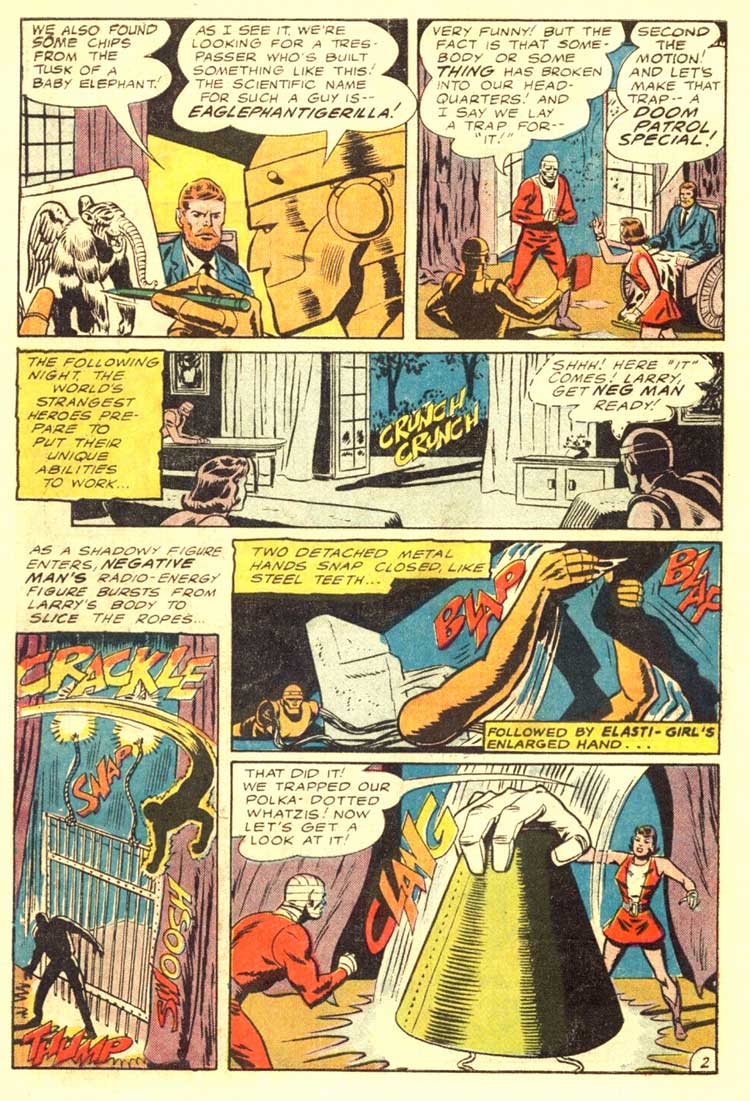 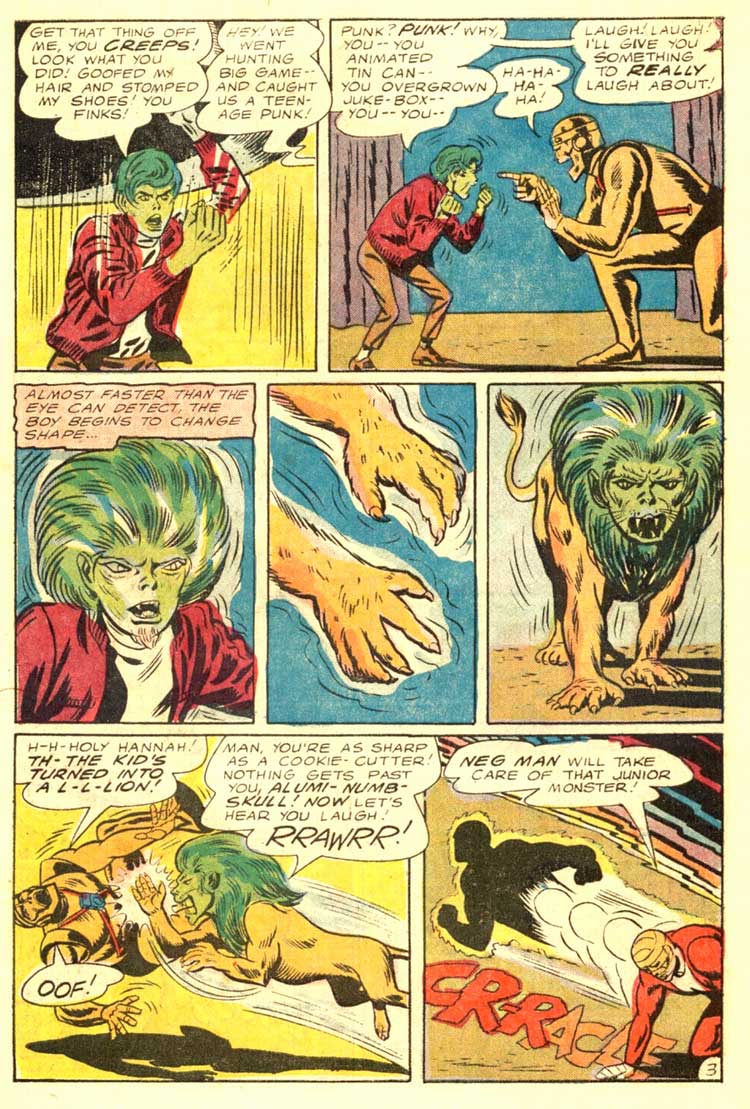 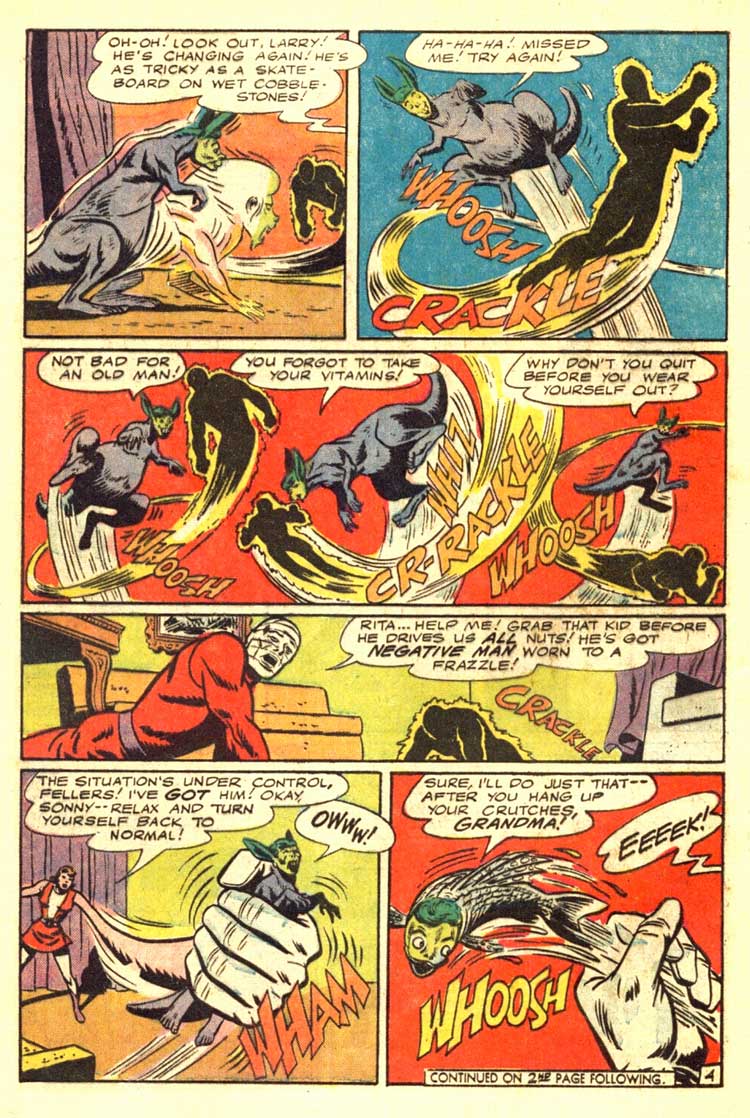 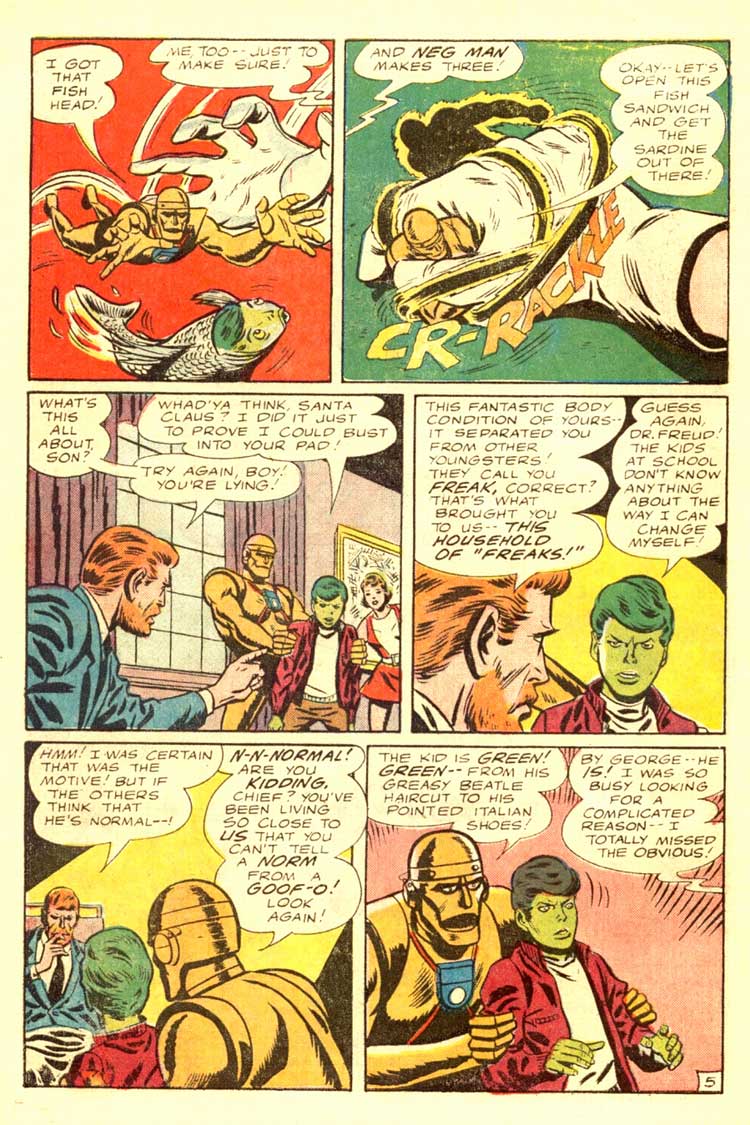 Cliff, you goddamn racist. A complete amputee should be more broadminded. Also: "Beatles?" Maybe when they were in Hamburg, Cliff. I thought you were supposed to be the hip one. You wanna call him "Kookie" with a 'do like that. Even I know that and I was born in '69.
I find this a little unclear as to why they're rejecting him... 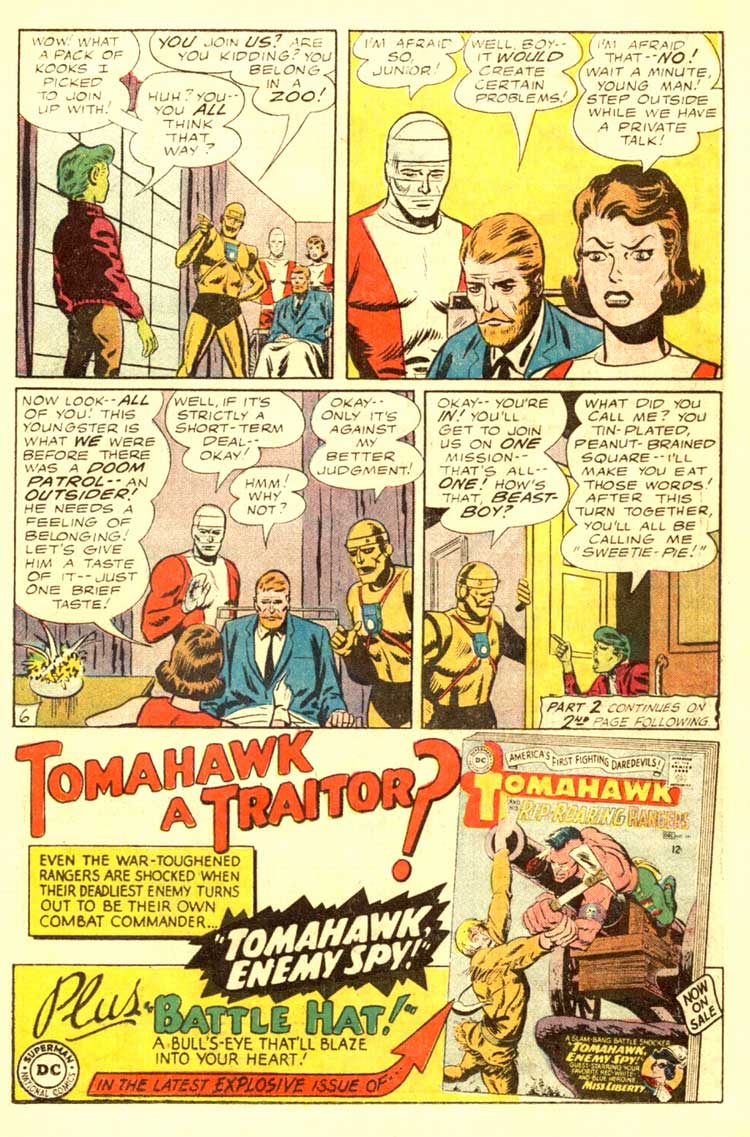 I'm claiming the joke before someone else does. IT'S NOT EASY BEING GREEN. There. 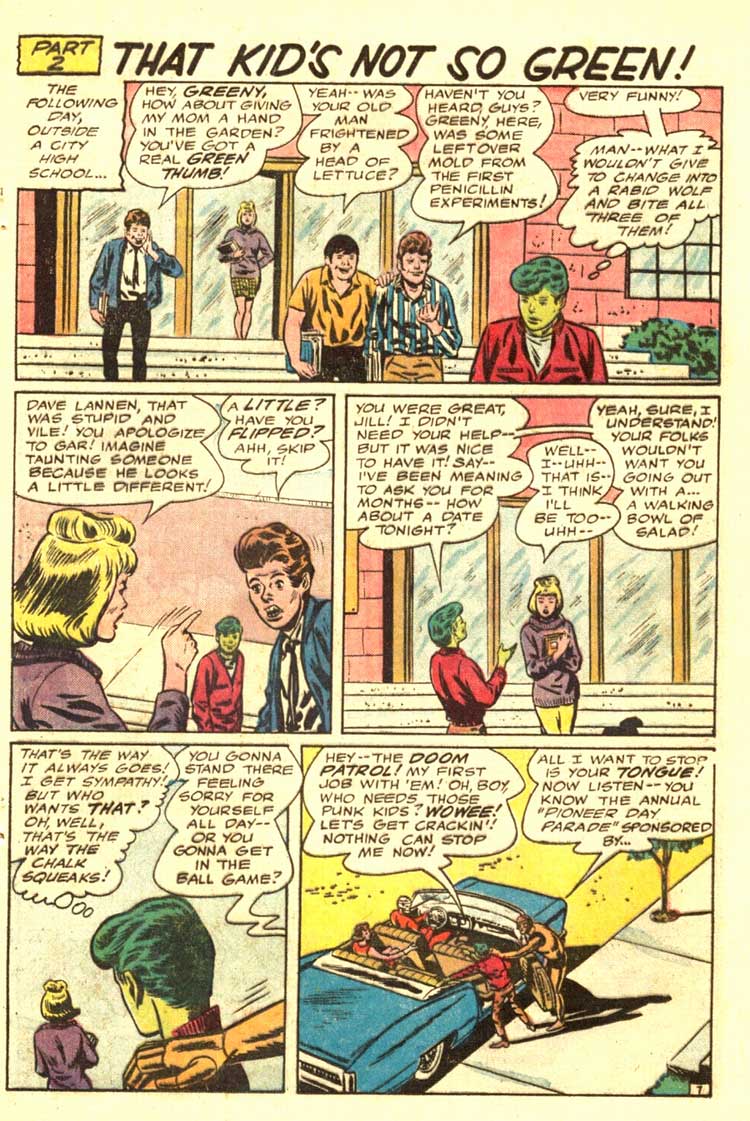 In the end, the Chief must have realized the dissection possibilities, so here they are asking him back.
And now, some ads. Make a copy of the coupon. Do NOT use scissors on your screen. 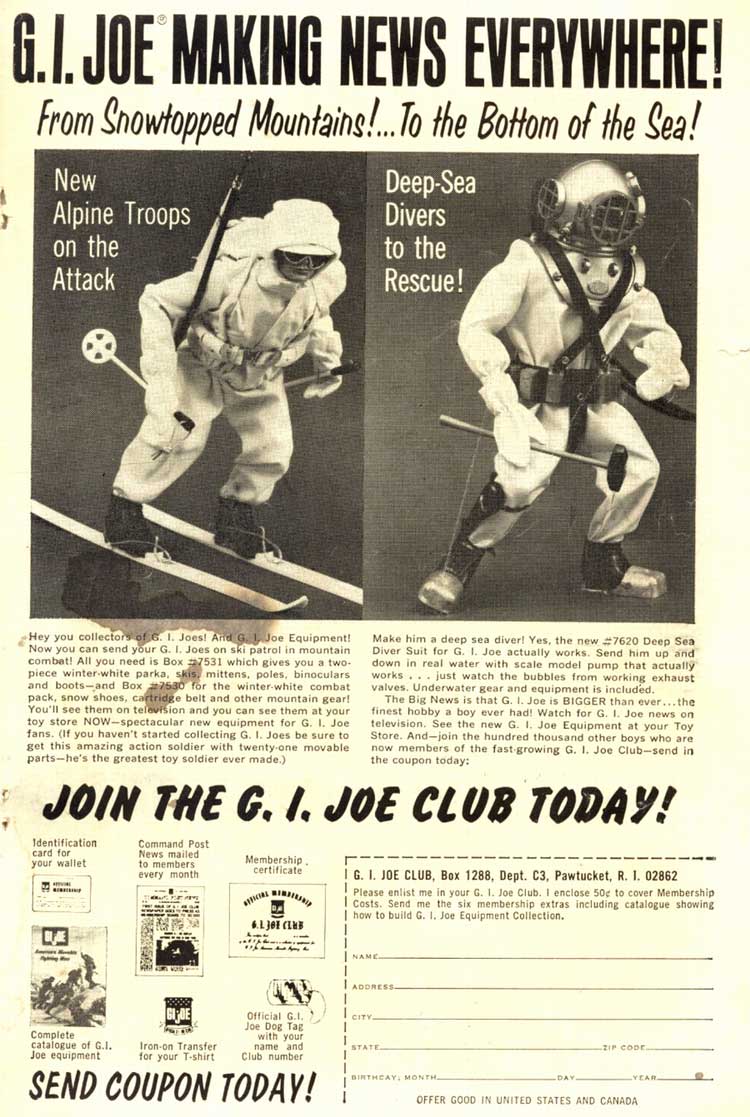 ...including a filler cartoon that shows us just how much times can change. 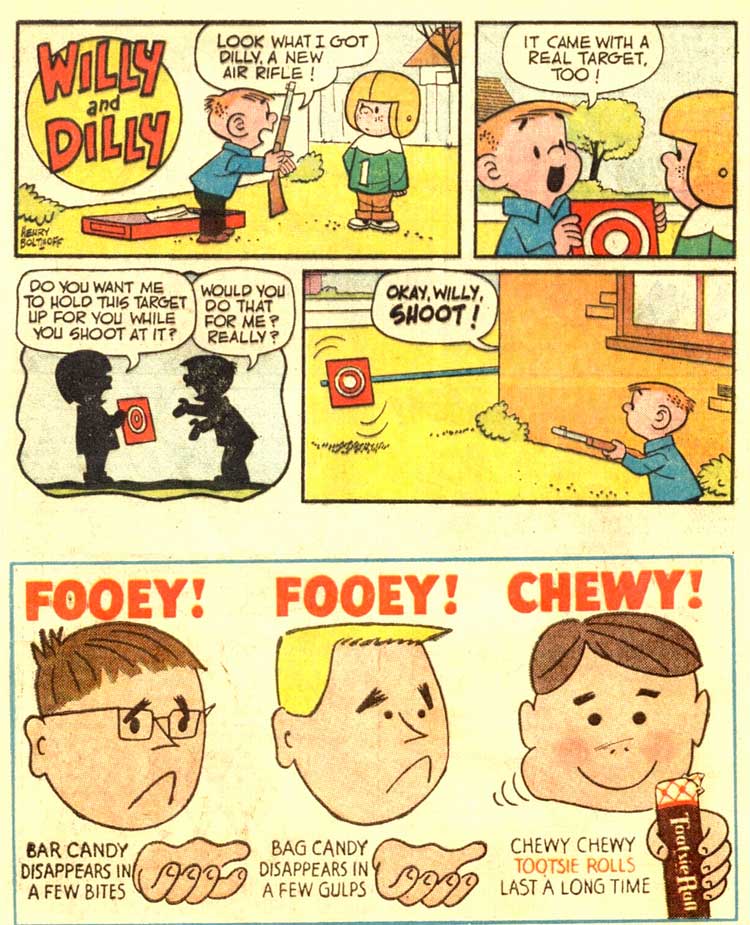 They say forever after in Littleburg, the Willy and Dilly Massacre two weeks later at the local elementary school would be the stuff of nightmares.
(c)1965 DC Comics Inc.