Karakuri Douji Ultimo
This one is a bit tricky--while my scans are from the Japanese version which appeared in the July 2009 issue of Jump Square, the English version appeared in Shonen Jump USA just this month. So I'm going to treat it as a "recent" comic and confine myself to four scans.

As you may remember from the preview chapter of Ultimo shown on this community some time ago, "Karakuri Douji Ultimo" starts with the mad technomage Dr. Dunstan (who looks a lot like Stan Lee) creating two essentially magical robots. They are Ultimo, who is pure good, and Vice, which is pure evil. They are to battle it out to once and for all prove whether good or evil is stronger.

Dunstan (who appears to be immortal) also created a series of karakuri douji to represent more specific facets of good and evil. All of them are supposed to bond with human "masters" to more fully understand the nuances of morality and ethics.

The protagonist of the continuing series is a Japanese high-schooler named Yamato, who was looking for a present for the girl he likes, Sayama, who is having a birthday. Instead, he finds Ultimo, which recognizes Yamato as the reincarnation of his previous master, a freedom-fighter/bandit of the Warring States period.

As this chapter opens, Yamato has chased Ultimo out of the apartment, angry because their attempt to "bond" was mistaken by Sayama for them being lovers. But before Yamato can put some clothes on, he's got some new visitors. 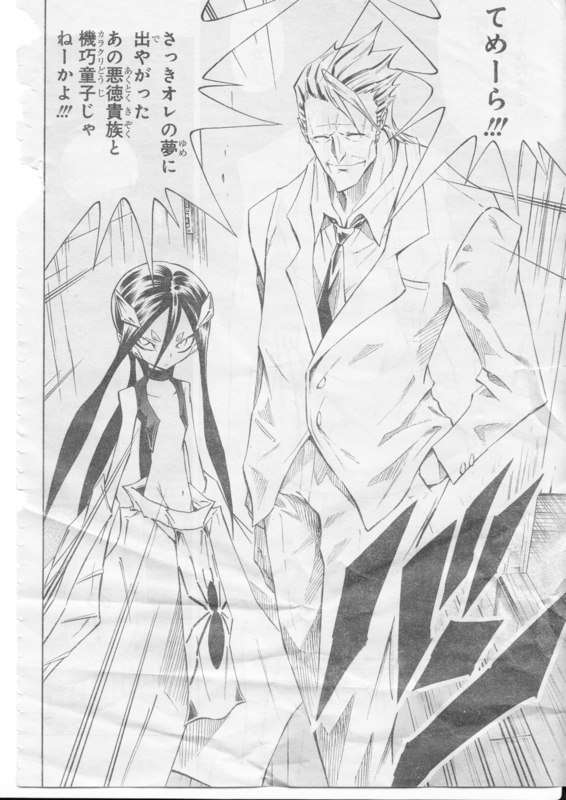 These are Iruma Tomomitsu, an influential politician, and his partner Jealous, one of the "evil" karakuri douji. In his previous incarnation, Iruma was a corrupt noble who oppressed the people.

Iruma explains that the fighting of the douji will cause great destruction and suffering if allowed to continue. So he wants to buy up the killer dolls and destroy them. He offers Yamato the proverbial suitcase of money to turn over Ultimo, plus a "winning" lottery ticket to explain where the cash came from. (Apparently in Japan, high school students can play the lottery.) 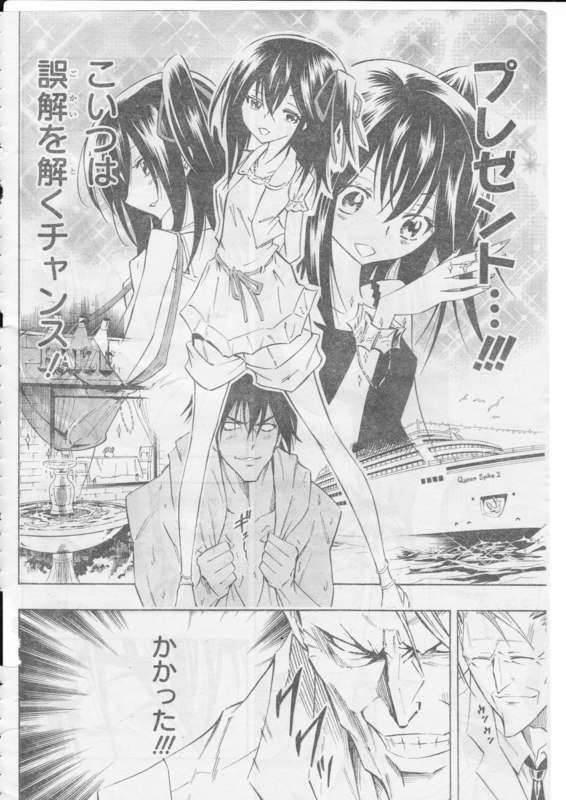 Yamato is temporarily distracted by the thought of buying his way back into Sayama's good graces. And while he's distracted, Iruma reveals his true face.

Iruma has no intention of actually paying Yamato a sen. Once he has possession of Ultimo, he will order Jealous to kill the boy, then use his political connections to cover it up.

Coming down from his imagine spot, Yamato refuses to sell Ultimo. Iruma, thinking that the boy is just holding out for more cash, offers double, then triple the amount (he can afford to do this, since three times nothing is still inexpensive.) But it's not about the money. Yamato simply realizes that selling Ultimo out would be wrong.

Iruma orders Jealous to attack Yamato, but ends up getting skewered himself instead. It seems Jealous was never particularly impressed with his master, and thinks it's time to sever their connection so that he can find a more suitable partner.

Yamato is appalled, and appeals to Jealous' better nature. Not a good idea.

In the American version, the closeup of the injury is covered with just a big black splotch of blood instead.

Ultimo returns to protect Yamato, and he gets into a big fight with Jealous. It's pretty one-sided though, since as Ultimo points out, a douji with no partner loses power. Before Ultimo can turn Jealous into a wet smear on the ground, another karakuri douji shows up. 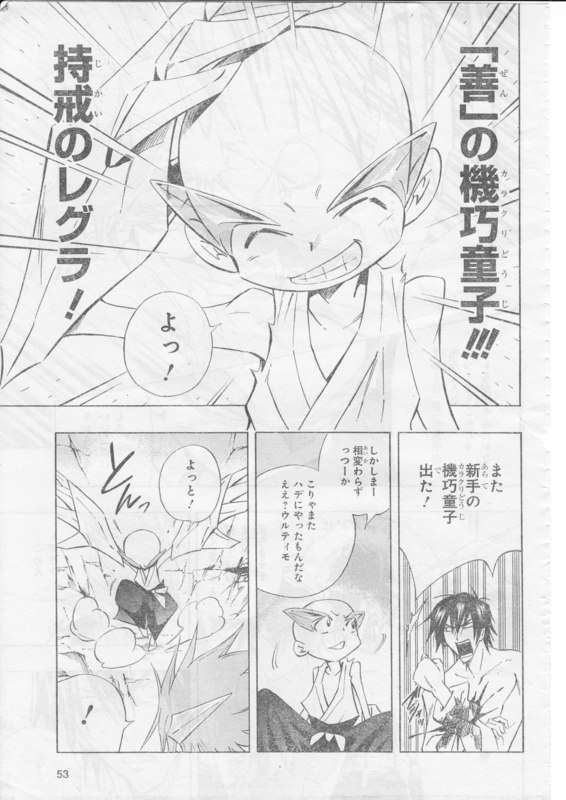 This is Regula, a "good" karakuri douji who represents the concept of "Zen" (in this case, "discipline.") He scolds Ultimo for losing his temper and going too far. Then Regula's partner, a ramen shop owner, shows up carrying Iruma's body and suggesting a strategic retreat.

In the middle of this, by the by, Yamato decides to keep the suitcase of money to pay for repair of the apartment after the douji blow big holes in the wall.