Hello, all! I know I've been incredibly quiet here for ages, and I've meant to talk about this for a while now, but I kept getting distracted by life. I just wanted to let anyone still here know that my first book is being released tomorrow! 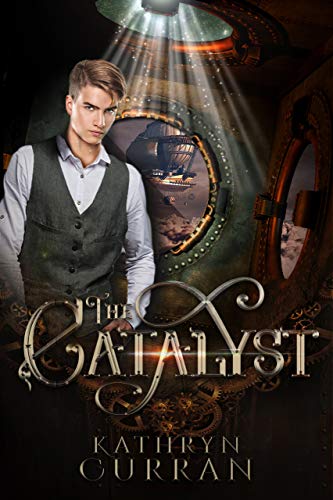 Summary:
With his family disgraced by his father, the last thing Gabriel needs, while on the run, is to fall in love with another man, but destiny has other ideas.

Gabriel, heir to Earl Bothwick, is sent into hiding, along with his best friend, Priscilla, and his former tutor and chaperone, Mr. Tinely. His disguise is a dress, and his mode of escape an airship destined for the Americas.

The only problem is Ethan James. He’s tall, dark, and interested in Gabriel. Despite their difference in class, Gabriel can’t help but feel a connection with the man, something he tries to resist. Despite Gabriel’s protests, Mr. Tinely invites the young man to travel with them across the American continent.

But at every turn, pursuers await them, and when Gabriel discovers the true reason he’s being hunted and the special gift he holds, will he be able to survive and learn to accept who he really is? Or will he become a pawn in his enemy’s plan to end the world as they know it?

And here's a link to all the places you can buy it from.

I hope people will give it a look!
Tags: book, publishing, writing