A directory of our icons.

Reply here to make a request.

A directory of our icons.

Reply here to make a request.

hana_ginkawa
Today's Album-A-Day pre-chosen music artists now includes Olivia, which I know I just posted about her inspi'Reira album last week but when the album came up on my shuffle, I completely forgot because I was too excited about listening to that album. So here, have another. Olivia Lufkin, aka OLIVIA, released Synchronicity in 2000. It's definitely a different flavor from her inspi'Reira sound, but it's still good to listen to. She is more experimental in some of the music she writes, as will be featured in some of her minialbums that we'll be listening to later on, but overall I enjoy her music and can say she is a favorite music artist of mine. Some of my favorites off this album are definitely the more mainstream songs, like Dekinai, Color of Your Spoon, Escape the Flames and the first press bonus track, Mint.

For Music Shuffle Nostalgia, I ended up pulling this gem of an album. It's a remix, I'm not sure if it's official or not, but it's organized by Yigytugd and called BoA Best of Angel, released 2009. It's a remix/mashup album of BoA's English release and various other songs. Like the first track is Did Ya Buddha's Delight, which mashes the song Buddha's Delight from the movie Music & Lyrics with Did Ya and it's probably my favorite alongside of the remix of Hypnotic Dancefloor (DJ Amaya vs. Groovebot's Club Remix). I definitely enjoyed listening to this album.

That's it for Thursday. Another shameless request for recommendations to journal communities who "talk" about general Jpop/rock, Cpop(rock?), and Kpop/rock. I think you can send a direct message to my inbox if commenting makes you uncomfortable.

Thank you for reading!

hana_ginkawa
I admit I was a little trepidatious about listening to this album today because I had forgotten how much I liked it. Today's album is from Schwarz Stein, called New age children, released in 2003. I remember listening to the first song on this album and being like OH YEAH this is good. Kaya's voice combined with the digital rhythms is such a great mix. I very much enjoyed listening to it today and being inspired to find the albums I don't have saved and being sad that I don't know where to look to download anymore. I would buy but I found an album that was basically $99. I'm not paying that much. I'm not made of money lol.

And my Music Shuffle Nostalgia ended up being Madonna's album "Something to Remember" from 1995. I remember wanting this album because it featured the song that was on the soundtrack for the movie, A League of Their Own, which is such a good movie. I think that this album is probably one of my favorites of hers.

So if you have any suggestions for communities that share music from Japanese, Chinese and Korean artists, I would be grateful.

Thank you for your time!

The Music Shuffle Nostalgia that came up was a Japanese artist who goes by Lia, with the Collection Album, Spectrum Rays. Her music can be called electronic, dance, trance, pop and I don't even remember how I came across her music. Anyhow, definitely at the edge of my dance/electronica enjoyment and while I liked a couple of songs it wasn't highly memorable.

Anyways, there are probably some people who love these albums and I'm glad for them, but today, they didn't strike well for me. Glad I listened to them though.

hana_ginkawa
Hello! Hope your Monday was at least okay, if not good or great for that matter.

Today's Album-A-Day is Do As Infinity's first full album, Break of Dawn, from 2000. DAI has been one of those groups that I have known as long as I have been into anime. It helps that one of my favorite songs of theirs was one of the end themes of my first major anime fandom, Inuyasha. Some of the songs I saved from way back when before streaming music was a thing were such bad quality and obviously recorded off of radio or something as it was pretty terrible, but it thrilled me all the same because I was able to listen to music made by a Japanese band and it made me happy. This was before I even knew what Livejournal was. Before I even started reading fanfiction, though that soon followed as soon as I found a Yahoo group for Inuyasha. Yahoo Groups was my main interactions back then.

Anyhow, as a result, I have a huge soft spot for them and seeing all their discography on YouTube Music streaming is thrilling to me because of how difficult it was back in 2002-2003 to get anything from Japan, unless you knew fandom people who knew how and I didn't know people, so this is so awesome.

For today's Music Shuffle Nostalgia, f(x) came up with their album, Hot Summer from 2011! I don't even remember how I found them. They are a Korean girl group that was less pop sweetness and more dance and I loved their single "Hot Summer". It stuck in my head so I ended up finding their album on an LJ that was sharing downloads over Sendspace, or Yousendit, or Mediafire, or Megauploads back in the day and I was able to find most of what they had released up to that point. Anyways, they are a delight to listen to and I definitely recommend their first few EPs and Albums. I haven't listened to much of theirs recently, but eventually I plan to.

Thanks for reading my ramblings about the past and about the artists. Hope you have a good rest of the day!

hana_ginkawa
Also, I feel the need to update some of my icons but can I be motivated to do so? Not right now LOL

[VLD Sheith Podfic] Play As Myself by Lunarium

hana_ginkawa
This is a podfic I recorded last year in September or October? Or maybe earlier. But it was a commission for the Bloom Sheith Zine Volume 2 and I am finally getting around to posting it. I was advised I could share these on Ao3 once the author posted it. So here I am! 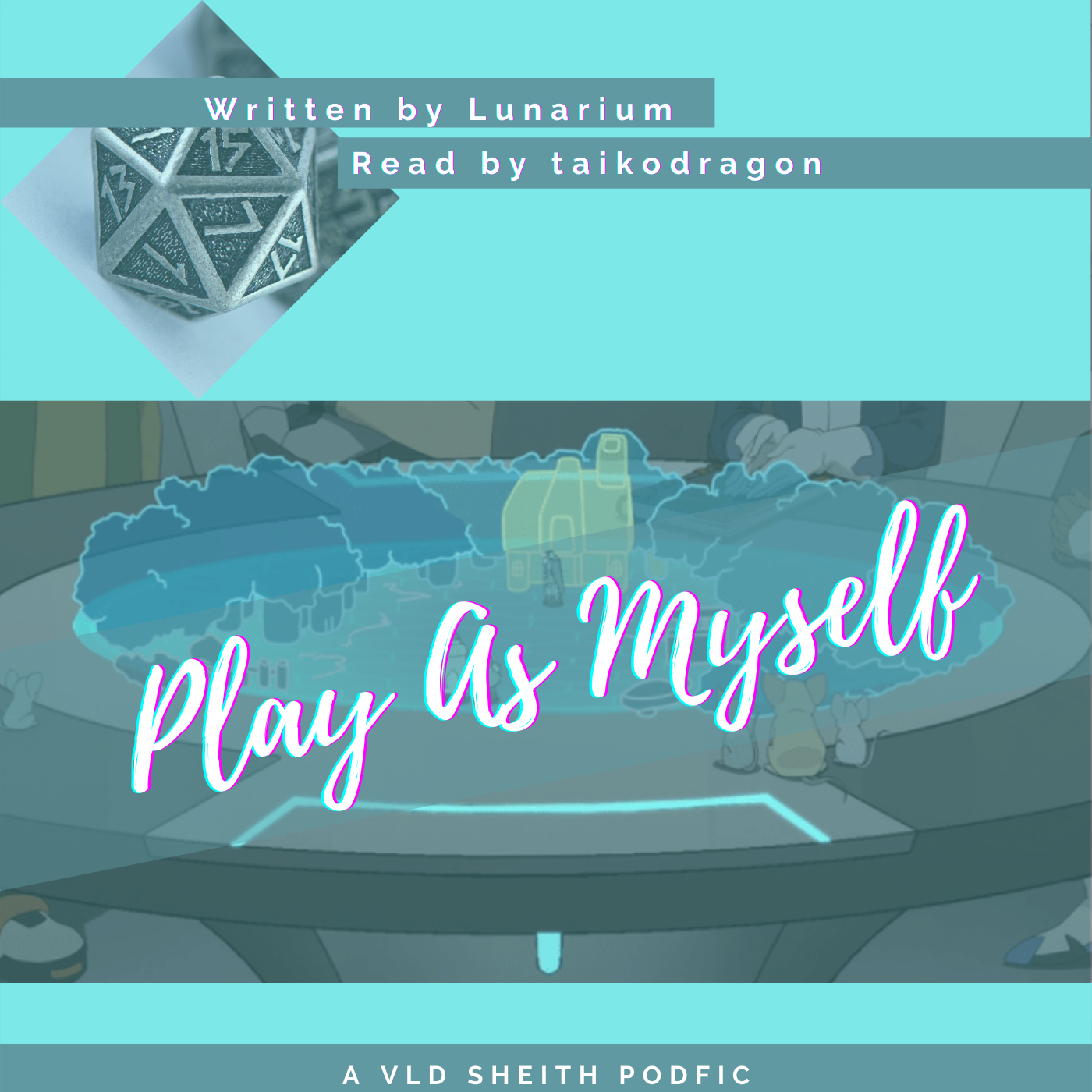 hana_ginkawa
Praise be to those who still make icons. I am so happy to still see you doing your thing.

hana_ginkawa
Friday was not a good day and I almost wasn't sure I was going to finish the album but I did. However the second part of my post will lack an album as I didn't listen to one.

For Album-A-Day Friday, I listened to the Goo Goo Doll's self-titled debut from 1987. It's a solid release and while I vastly prefer their later releases, Dizzie Up the Girl and after, this wasn't a bad album, just not to my current tastes.

And no Music Shuffle Nostalgia this day. It was filled with trying to distract myself after 3.5 hours of sleep lol. Dang SIMS4. But also dang mood drops.

See you next week!

hana_ginkawa
Alrighty, we're getting caught up. One day, I'll post these the day they happen. LOL, sure, Jo.

Thursday's Album-A-Day was Nirvana's Nevermind, released in 1991. I was too much into Celine Dion and sugar pop, radio r&b and such to really appreciate Nirvana while I was in my teens but coming back to listen to this album was definitely a good choice. My step-dad would gladly take the blame for my interest in more rock in my music listening proclivities. This album is as good as they say it is, and I am very glad I listened to it this day. Nirvana is on my list to listen to so expect them to come up again in a month or so.

The Music Shuffle Nostalgia for Thursday was Olivia Lufkin's album OLIVIA inspi' REIRA (TRAPNEST) from the soundtrack for the anime Nana, which, ironically, I watched only 20 or so episodes of before I was distracted by something else and thought I would go back to but never ended up going back to it LOL. Anyways, I LOVED Olivia as Reira's singing voice and all the music she did that was as a result of that. I love this album so much that I ended up listening to it TWICE because I couldn't help myself. Such a good album.