Stand By Me - By Yuuo 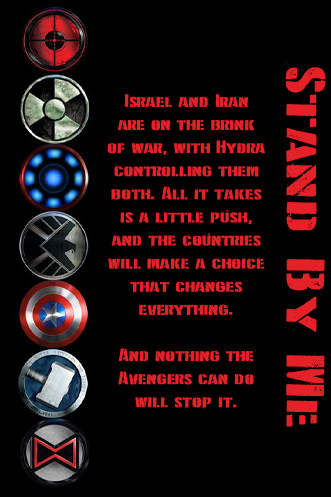 Synopsis: The Avengers are assembled once again, fresh and ready to take on Hydra in the Middle East, specifically sitting on Iran and Israel to keep them from breaking out into official, nukes-thrown-around war. Only, that's not so easy, especially with Hydra controlling both governments. But another Hydra weapon enters the fray, and forces the Avengers to make some choices.

Choices that the heads of state in both countries do not like.

Choices that lead to the government making choices for the rest of the world.

And nothing the Avengers can do can stop it.

Act 5
Only Achieved By Understanding
"Peace is not an accomplishment, it's a responsibility."
-Captain America: The Winter Soldier