valloic
Good morning. I do not mean to speak out of turn, but I also wanted to--well, speak and share some details about our current situation as part of the group that has the most experience about it, particularly in preparation for today. Some of this was already shared by Caleb, so I apologize for redundancy; my husband is far better at speaking than myself, so feel free to appreciate him here and elsewhere as you see fit.

Given all that has happened since the snow began to fall, we feel reasonably sure that a city--or a part of it--from the world myself and several others hail from has been brought to Vallo somehow. The city is called Aeor, which was an ancient magocracy that floated in the skies. It fell for literal divine reasons and landed in the frozen north of our world. Because of how unique the city is, the area it fell in creates magical anomalies, which many have had the luxury of experiencing in the last days.

The creatures that we have been seeing are called Aeorian Hunters. They were created by Aeor to be particularly resilient against magic users and each sort has their own specialty, more or less. The catlike ones can return damage done to it via magic back to the attacker. The ones with mouths can fully stun you while also being able to dispel or counter magic cast. The large green ones will negate any healing done near it, instead reversing the healing to cause harm. All of them are particularly resilient and difficult to kill, but they can be killed.

The creatures were experiments and the current thought is that whatever was brought here to Vallo has a chamber filled with said experiments and they are escaping from it. The hope is to clear everything out, while also finding the chamber and shutting it down.

That being said, a bit of advice to those that will be going into the ruins themselves: do be vigilant and careful. Stick to groups and try your best not to wander alone; this has potential to be a very large area and it is easy to get lost, so a system of buddies is wise. The hunters may not be the only things down there. If you have access to healing potions or the like, take them with you. While exploring, take care while touching anything, as there will likely be artifacts and objects down there. If you see anything that may seem to have potential, use this network to report back to the group as a whole.

valloic
Hello, people of Vallo. My name is Verin Thelyss and I am looking for my brother, Essek. He is approximately as tall as my shoulders, floats, and his face usually looks like this 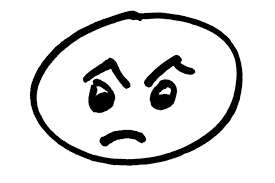 valloic
Hypothetically, if one were to have come upon a new restaurant they'd never seen before and thought it might be a nice place to try lunch, so they stopped and ate a rather hearty meal and a nice pudding for dessert, and then they found that the restaurant seemingly disappeared right after they left, and then said lunchgoer found themselves unable to stop walking in circles around the block while whistling an earworm for the next few hours...

Are you busy? Or do you have a few hours to spare with your little brother? I was thinking I could buy us dinner.

valloic
If you are out and about today, make sure you say hello to us--Mochi, in particular: ( Cut for image! )

He is very accepting of pets and belly rubs, if you're so inclined. Which, honestly, you should be, because look at that face.
Tags: !: network post, harry potter: marlene mckinnon, marvel: peter parker, ₴ inactive: cassandra de rolo, ₴ inactive: jiang cheng, ₴ inactive: verin thelyss

WHO: Drenzoh Focra (NPC - Thanks, Stevie!! ♥), Cassandra de Rolo, Verin Thelyss
WHAT: Verin gets to catch up with his best friend, Dren, and appreciates the opportunity for Cass to meet him, too.
WHEN: April 16, 2022; Early Morning (Backdated)
WHERE: A tavern in dream!Whitestone
WARNINGS: None!
ART CREDIT: 1, 2, 3

valloic
A student just called me Professor "Short King" after I agreed to give them an extension on an assignment.

Entirely unrelated, I will now resume floating at all times.

Actually unrelated, I have a new spell in my arsenal that I would like to put to more than a second phase of testing, so please let me know if murderous fowl, gremlins, metal dinosaurs, vicious oversized rabbits, or any of the other violent and uncontrollable hurdles that Vallo has thrown at us in the past--or something like it--shows up. It is for science.
Tags: !: network post, avatar: aang, critical role: caleb widogast, critical role: essek thelyss, critical role: shaun gilmore, the raven cycle: blue sargent, tvd verse: bonnie bennett, ~player: jamie, ₴ inactive: beauregard lionett, ₴ inactive: jester lavorre, ₴ inactive: verin thelyss

valloic
Should anyone be missing the theme parks, we have a kenku under our roof that would be happy to mimic the songs from the various rides for you. At least, I assume her willingness to share to be the case, as I have been hearing about how it is a small world and a pirate's life for her with greater frequency as each day passes.

valloic
Vallo Outlanders. After addressing your DOA members, you are on the hook with the fae realm to assist in returning the following members of the royal family and courts from whatever your newest disaster has pulled them into.

Meriol and Thian Valmaris, my twin brothers
Selenia Greytree, my personal guard and mentor
Aurae Sylris, my father's advisor
Aien Keyzeiros, the Spring Court's representative for the council
Arryn Briarvale, the Unseelie ruling family's private healer
An informant from the Dusk Court who goes by the name Sparrow
And an absolutely horrible ex-best fr Clover

Captain Nightspark has also alerted me that Eidothea one of his enlisted members is also missing and breaking a contract the Wild Hunt holds between courts. If she is not found, he will require a replacement and I am not against offering one of you.

valloic
[filtered away from the princess squad.]

Anyone got any ideas about how someone can make up for the fact that a) you took over a person's kingdom and kind of broke it and b) you messed up reality to the point that your friend's mom got stuck between dimensions to save it?

I understand if you want to be alone or need space, but I'm reminding you all the same that I love you.

WHO: Cassandra de Rolo and Vex'ahlia, then Cassandra and Verin Thelyss
WHAT: Vex comes to talk to Cassandra about her new memories and the latter talks to Verin about the aftermath.
WHEN: Morning of January 30
WARNINGS: Spoilers through the end of Critical Role's C1. Heavy talk of death, guilt, the sads.
STATUS: Complete

She remembered so much and none of it was good. No, some of it was good, and that was an entirely different hell she’d need to process later. ( Read more... )
Tags: !: action/thread/log, critical role: vex'ahlia, ~player: jamie, ₴ inactive: cassandra de rolo, ₴ inactive: verin thelyss

valloic
This will have been my second New Years celebrated in Vallo--a thought that errs on the side of mind-boggling, if I let myself linger on it for too long--and I am always struck by how my people back home would likely appreciate the holiday. There is New Dawn, but given that being a holy day for a god they don't worship, perhaps not. And perhaps not all would line up quite so much for the overindulging on champagne and more bawdy revelry, but I can't help but think that a culture largely built around a cycle of rebirth would find reason to enjoy a holiday focusing on welcoming the ushering of a new beginning, bettering oneself, and so on.

Then again, the powers that be would likely just have decreed standing out in the sun to be part of the merriment, so it may be best left to celebrate by others.

That heretical thought aside, here is to a good new year for all. My resolution, as I am understanding that it is tradition to make one, is to not be displaced into ancient times, be maimed by fowl, or wake up without my magic. If I resolve to not do these things, certainly it will override whatever it is that keeps this place spinning. My logic is sound, surely.
Tags: !: network post, critical role: caleb widogast, critical role: essek thelyss, the raven cycle: blue sargent, ~player: jamie, ₴ inactive: jester lavorre, ₴ inactive: lan mandragoran, ₴ inactive: verin thelyss

WHO: Cassandra de Rolo and Verin Thelyss
WHAT: While taking a break from studying, they stargaze and talk about the future.
WHEN: Mid-December, back during finals week.
WARNINGS: Some vague talk about family loss akin to Cassandra's history, but mostly just fluff.

valloic
I think that I would very much like to drink tonight.

It has been a very long time since I've had the chance to do this or actually wanted to, but I have emerged from my Final Final of the Semester stupor and could use some celebration for getting through the past months and having a handful of weeks free of study, classes, and writing papers so should anyone be of a mood? Join me. I'll be going to Fight Club to spectate and would like to continue after all is said and done and foresee generosity on my part and many buying of rounds.
Tags: !: network post, ~player: jamie, ₴ inactive: beauregard lionett, ₴ inactive: cassandra de rolo, ₴ inactive: verin thelyss

Would you have dinner with me Sunday evening?

[...] I know that last year I made an effort to plan my own birthday event, but I think that I would rather spend time with you this year.

I am being that nosy friend again and checking in.

I did not want to smother as I am sure you are getting a good deal of support already, but I wanted to let you know that I am here, if there is anything I can actually do to be of help.

May I speak with you about something rather personal?

valloic
* posted after they have dealt with the cauldron

Any machines still left should no longer be hostile, or at least that's what we saw near the cauldron site. If anyone finds otherwise please let me know and I will come deal with it.

I'd like to say a thank you to everyone who took care of the hostile machines and watched my back today. I appreciate it. If there is anything I can help you with in exchange, do not hesitate to let me know.
Tags: !: network post, dc: sara lance, god of war: atreus, voltron: keith kogane, voltron: takashi shirogane, ₴ inactive: aloy, ₴ inactive: ezekiel jones, ₴ inactive: verin thelyss

valloic
Ah - Hello, good afternoon. I think that I may have found where these metallic creatures are coming from. I wanted to follow up on a hunch after looking around yesterday and, well. Here we are.

There seems to be some sort of door that leads underground, where I saw the machines emerging from. I got as close as I could to try and get a better look, but had a scuffle so I hurried away. I don't know who best to give these to -- I am assuming the fine folks at the DOA Defense will handle it -- but here are the coordinates: [said coordinates]
Tags: !: network post, critical role: essek thelyss, dc: sara lance, ~player: jamie, ₴ inactive: verin thelyss

valloic
I've been here ten months. Never has it felt more like home.

I have selected a set of robes for our wedding.