somerealitymods. Players do not need to join the community to post. This is not a permission community, but a place to discuss plot prior to submitting an application so that no character or player within a single fandom is accidentally left out.

Powered by InsaneJournal
Previous 20 | Next 20 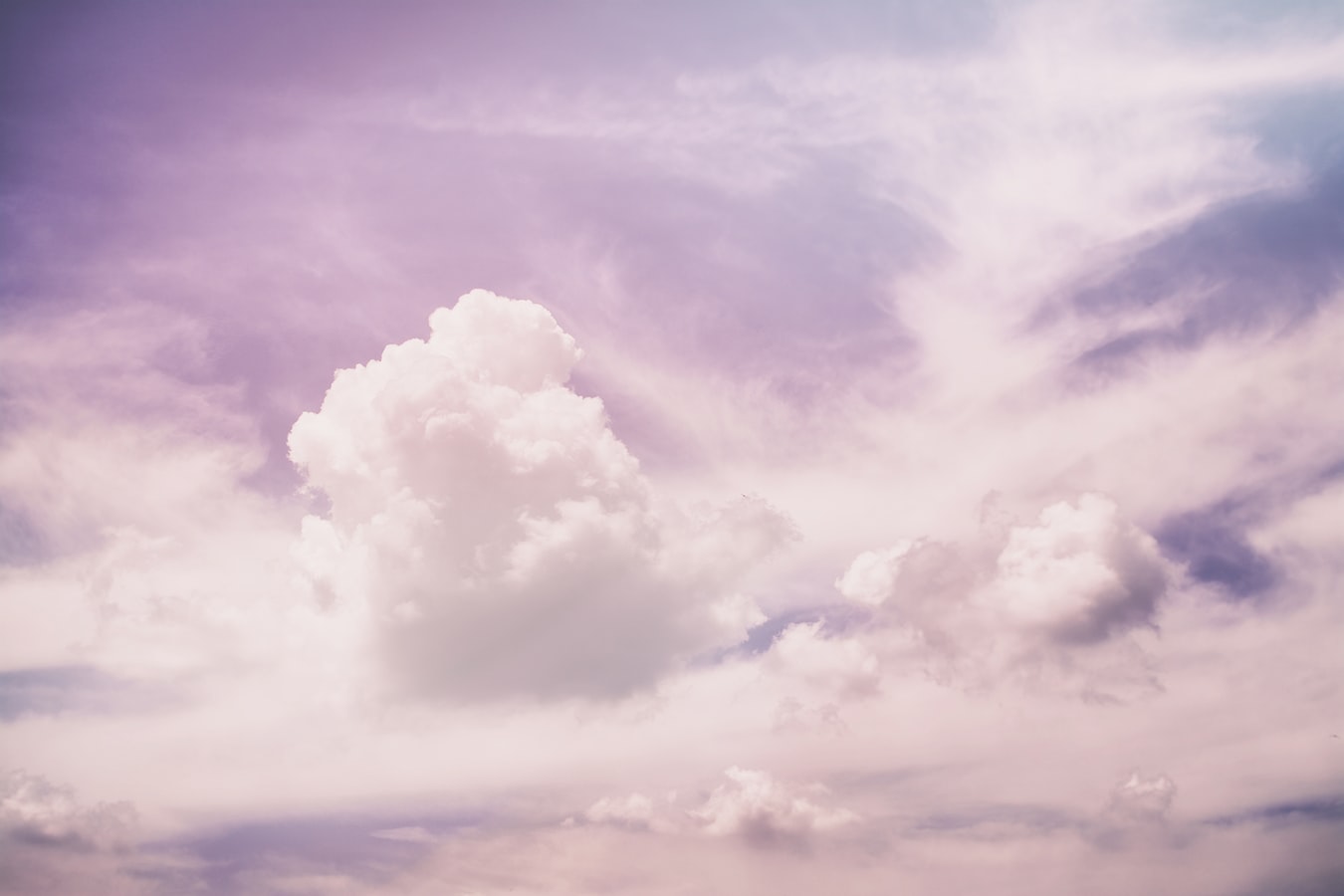 While technically film version, he knows he's a character in movies, comics, cartoons, and knows all that stuff. And knows everyone else is fake also. And will have fun with it, cause that's the best jam.

Thoughts/plots, all the stuff? Help in figuring out why the internet is obsessed with kittens?

srconnect
Okay so, I've been re-reading a bunch of comics, and reading some for the first time. But to go back on it, I have been re-reading Wolverine comics (the Laura Wolverine especially) and I come to you all about the chaotic good energy that is Gabrielle Kinney.

Gabby is a clone (technically of Laura, but then also technically of Logan) and the youngest of the Alchemax Genetics experiments and one of two survivors out of the sisters there. She's very much a chip off the old block, with manic energy at times, but a true ferocious nature at her core, but Gabby is something of an innocent when compared to a lot of the clones. Like the Wolverine's, Gabby has claws, one in each foot like Laura, and one in each hand, she's also got a healing factor. Because of experiments, she does have an insensitivity to pain.

I would be taking her from All-New Wolverine, where she's teamed up with Laura, but she's also got history/connections with some of the X-Men teams -she's worked with her 'family' but also with Remy and Ororo and has been on Krakoa.

srconnect
Hiiiii. Viki wanted this. I want to bring in MCU Cassie Lang as a 14 year old post Infinity War where she still thinks Scott is gone. She is pre-powers, but this is something I would like her to get in game. I'd like to borrow from the comics in that she stole her father's pym particles to try to become a superhero. I want something in game to trigger her size changing.

Her bio is here.

srconnect
Hello! I am a potential new player. My name is Allie, I believe I know a good portion of people here, and I'm looking at bringing in Rey Skywalker to the game! I reached out to Poe and Luke on their contact posts respectively, and can withdraw if there are any major objections. I would like to pull her from the end of Rise Of The Skywalker, as I would like to keep all of the character development she got throughout the course of the movies. I've honestly been debating joining for awhile now, and am at a point where I can handle a second game with one character, and Rey is a character that I've wanted to play and explore for awhile now. Star Wars itself is a fandom that I have a lot of love for, and is very close to my heart, though I found it intimidating in an rp sense for a long time, and have only recently started playing characters from it.

I am definitely open to talking plotting and such with her, on this post, or I can be reached for plotting either on the contact post on this journal, msalliepants@gmail.com, msalliepants#9244 on Discord, or my cdj

msalliepants (which feel free to add).

srconnect
So some of you are terrible influences so I just held Matt Murdock, aka Daredevil. He's from the Netflix verse so he's essentially part of the MCU but also not. We will see what happens with all the rumors in Spiderman 3 and I may have to pull him and redo him one day but that is a problem for future Viki.

I am fairly sure Lena and I have briefly discussed he and Daisy being from the same orphanage, but I am absolutely up for additional backstory, as well as any and all plots anyone, MCU or otherwise, wants to throw at me. And if anyone has voices for, say, Foggy or Karen please no Elektra?? or Claire, I'm down!!

EDIT: I feel like I should mention since, like, 99% of them are here, Matt REALLY does not like the Avengers. Like...at all. He'll learn and get over that but as of right now, nah, y'all fucked up the city.

Loki, he ESPECIALLY hates you.

Yes, having him with both Bruce and Frigga in my head makes this extra fun...

So, I'm a potential ~new~ player and I'm considering apping Kate Bishop and a certain Captain America from MCU world.

Feel free to contact me via this post for both Kate and Steve or here. Whatever works!

I’m Mel and just put a hold in for Harley Quinn (of Suicide Squad and Birds of Prey fame, though I’m also very familiar with other versions of Harley and am all for incorporating some of those relationships or having characters tell her about other Harleys!)

If anyone’s interested in doing some pre-app planning/plotting, I have an ooc post, and am happy to chat here or in PMs!

srconnect
Thinking about Ginny! She'll likely come around from the same time as Harry!

Thinking of him being post Hogwarts, just quit that auror life and picked up his position at Hoggywarts in the Herbology department. Maybe somewhere in the mid 2000s. He's kinda my absolute favorite so if anyone has anything they'd like from me, lemme know ^.^

srconnect
Because I have 0 self control, with the bump to the character limit, I am considering picking up HARRY POTTER.

srconnect
Apart from everyone in my office apparently coming down with the (non-covid) plague this week launch has been going weirdly smoothly so far *knock wood* so I'm feeling like I could bring back Weapon Hex. I have mentioned before but I'm planning for her to be a couple years older, making her age super indeterminate on account of remembering multiple different timelines, but for the sake of argument she's about 20.

One of the two.

Anyway, she's older, has essentially fallen into the role of second in command of the Defenders despite still also being the baby, does a bunch of her own stuff on the sidelines, and generally has a bunch more life experience than she did before.

srconnect
*Ahem* This is Julia and this is my last character for a good long while. She can't come in until a week from this Sunday since I am debuting Teddy then, BUT, yes. Meet MCU!Betty Ross. She is %100 from MCU so she has no powers. Oh, I also recasted her face with Rachel Weisz. Plot with us!

Like that absolutely precious one of a tiny Teddy Lupin hugging a very reluctant Draco Malfoy? Very dangerous. Because it puts ideas in Viki's head. And then Viki is like "No, we shouldn't play HP because it is written by a walking dumpster fire". BUT, who better from HP to play than a character who can literally change EVERYTHING about his appearance at will?

So Potter People, young people, and the BSC (lol look, he's very smol), please welcome and plot with my tiny metamorphmagus half-werewolf child who I usually play his father but here we are. This is Teddy and he just wants to love everyone and do sneaky magic without his Nan finding out. He'll be eight years-old and he loves to read and go exploring so clearly, he's going to be trouble.

srconnect
Julia is back, this time for Ted "Teddy" Poole. He is a Marvel comic character and, most notably, Gwen's brother. He can't come in until next Sunday since I just picked up Ernie, but let's plot.

srconnect
My Ernie MacMillan muse (Harry Potter) is waking up. Who wants to plot? His application is here.

Thinking about bring in Mazikeen from Lucifer. Thoughts?

srconnect
Okay, after spending my days off considering it, I think I'm going to reset Storm and bring her back with up to date canon (Marauders, Krakoa, etc up to Kate's resurrection). So she won't remember being here and she's back in a government position for yet another country, because I guess she's the expert at running countries by now? Things are going pretty well anyway.

srconnect
Hi, friends! This is Lena and I have a hold on Miles Morales from Into the Spiderverse. He doesn't technically have any castmates in play I don't think, but obviously some people from other Marvel universes know a version of him and there are also people who will remember him being in Goodland, even if he will not have any of those memories.

A bit about my version of Miles: he's immediately post movie, so he's only 14, he's an artist, he's really freaking smart. I would like to find a PB for him rather than just using movie icons because I am not having a lot of luck finding one who actually LOOKS 14 so far so suggestions are welcome.

If your character(s) has connections with the previous Miles you would like to continue to pursue with mine, just hit me up! Also, if anyone wants to be his guardian, I would not be opposed. Otherwise, he will just end up on the orphaned kids floor 😬

You can see an old app in this journal from a game where I played him aged up to 18 if you're interested!

srconnect
Hey everyone. It's that time again. :)

This wouldn't happen until the beginning of next month since I'm waiting for the season to end, but I wanted to check and see how the other The 100 cast members would feel about an Octavia showing up to Goodland. She will probably be from post series (once we get there), but that may depend on what happens. If not, she'd still be from some point during the most recent season. You can find an older app at


ALSO, to X-Men and other Marvel people, I'd been considering bringing in Laura Howlett (aka Kinney, aka baby X-23) from the Logan movie. I'm still thinking about it, but I figured I'd go ahead and post since I was already posting for Octavia. If she arrives, she'd be post movie sometime after the group gets to Canada. She'd be at

srconnect
Hello everyone! This almost exclusively affects Kimity but also it'll affect everyone who's friends with Diana so hey, I'm here poking you all.

After rewatching the movie twice this weekend (what, I rented it, I was gonna get my money's worth!) I'm putting a hold on and planning on apping Steve Trevor. Because Kimity and I can't seem to play characters who aren't tragic lovers separated by time and dimensions or something, I dunno.

He is gonna be fresh from his big hero death because I like tormenting my kids that way? And, you know, WWII guy, so wtf technology and I AM CONFUSION etc, but he's a smart cookie who adapts quickly so he should pick it all up pretty fast.