Tweak says, "The other white meat." 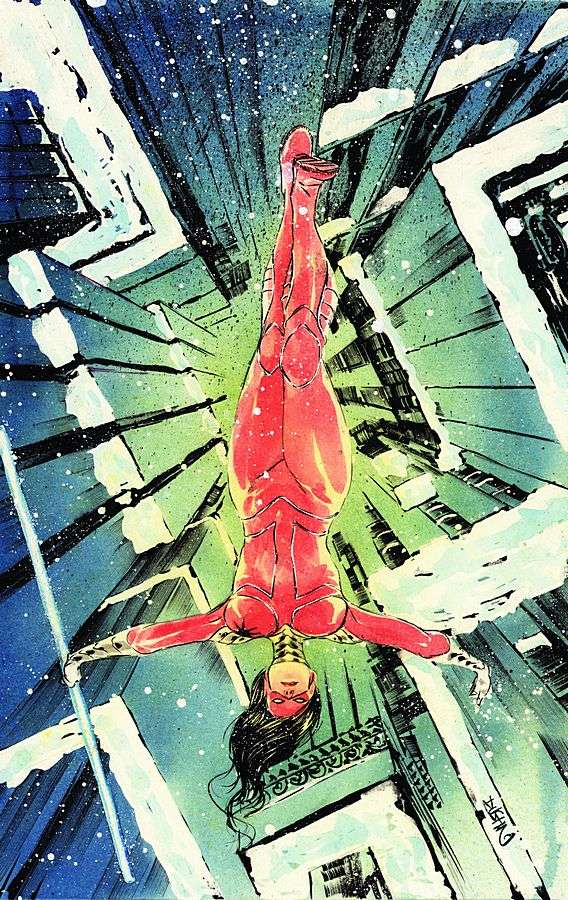 Written by Paul Dini; co-feature written by Marc Andreyko
Art by Dustin Nguyen & Derek Fridolfs; co-feature art by Jeremy Haun
Cover by Dustin Nguyen
Paul Dini returns to STREETS OF GOTHAM as Batman and Robin uncover a sinister plot involving dozens of Gotham City’s young runaways. Is Arkham Asylum escapee Humpty Dumpty at the center of the scheme – or is he just the tip of an even more dangerous iceberg? Guest-starring Abuse and Zsasz!
And in the Manhunter co-feature, now that Kate has finally tracked down Two-Face, she's ready to confront him for the hit he ordered on Gotham’s former D.A. But their confrontation is not going to go the way she planned!
On sale December 16 • 40 pg, FC, $3.99 US

Written by Bryan Q. Miller
Art by Lee Garbett & Trevor Scott
Cover by Phil Noto
It’s Bat vs. Bat in “Core Requirements” part 1! As Gotham City burns, the new Batgirl comes face-to-face with Batman and Robin, who are anything but happy about her running around with a bat-symbol on her costume. Batman confronts Oracle as Damian confronts Stephanie in the ultimate Bat-family feud.
On sale December 9 • 32 pg, FC, $2.99 US

Steph versus Damian? ...Woo Steph! Smack him around (even though it technically wouldn't make sense, what with his assassin training and such)! Maybe the fire on the cover is her blowing him up, as that's what she seems to be making a habit of doing so far in her series. :)