... some kind of fashion disaster
I'd guess while reading older comics you get pretty much used to every kind of... let's say, interesting clothing, but this bold combination Kory's wearing really cracked me up: Wouldn't an image of Dick fit better?
And while I'm at it, the whole scene from New Teen Titans #6 (from 1984), featuring a camp fire, some emo heart-to-heart conversation and Vic posing dramatically. (8 pages in total, which should still be fine with the posting rules since the issue has 25 pages.)

Let's have some context first: in the first five issues good old enemy Trigon made a comeback (causing Raven to go all Vader) and confronted the Titans with their worst nightmares. Final battle, good guys won, Raven disappeared and the happy people of New York celebrated the victory of the Teen Titans (they even got a parade!). But the nightmares are still nagging at our heroes, so Donna & Terry take the initiative... Seeing Gar with the sausages made me immediately think of Teen Titans Go!-Gar and wonder if they're made of tofu... However, now that everyone is gathered, we can start pouring our hearts out. ... is it just me who thinks that "Mebbe I could've made Tara see the light" sounds unintentionally funny? 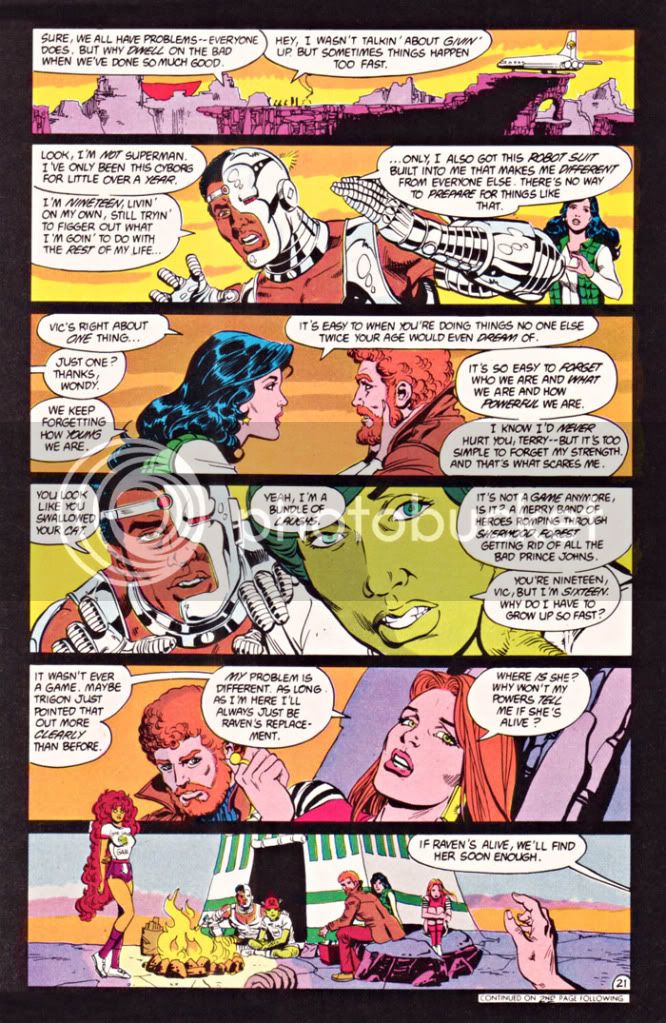 We can't forget the leader now, can we? And amen to that.