Colour me surprised this wasn't posted already...
Given the fans of these characters here. 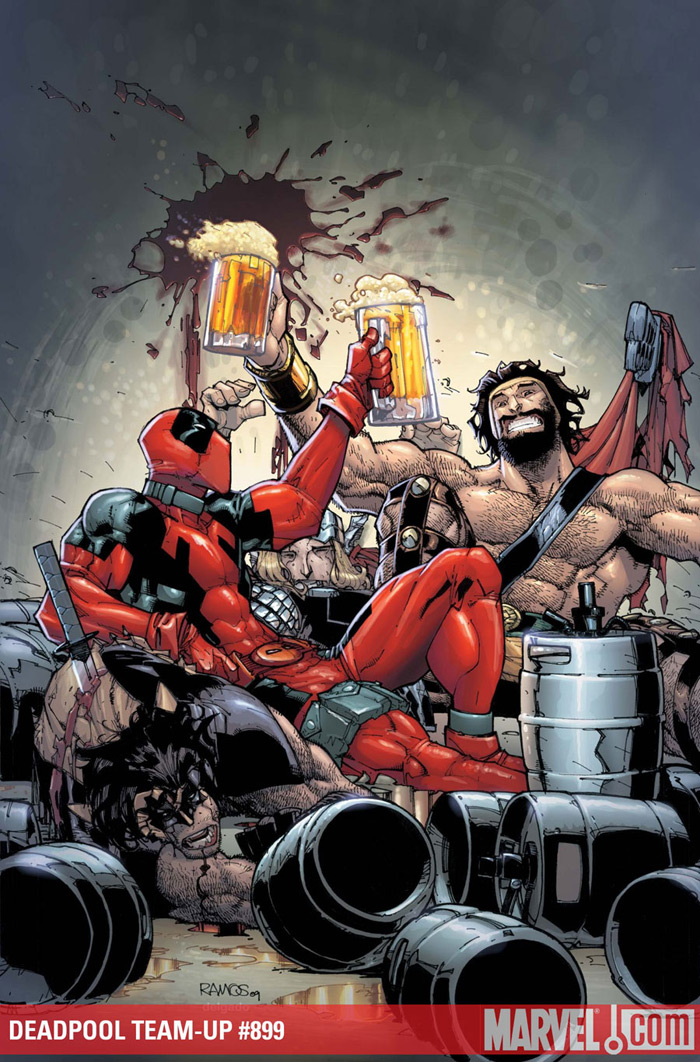 DEADPOOL TEAM-UP #899
Written by Fred van Lente
Pencils by Dalibor Talajic
Cover by Humberto Ramos
Merc with a MYTH!
Stop rubbing your eyes, fanboy, they don't deceive you! Everyone's favorite Merc with a Mouth stars in a third on-going series, hacking and wisecracking his way across the Marvel Universe with a new guest-star every month! First up: when master assassin ARCADE and NIGHTMARE, Lord of the Dream Dimension, join forces to destroy Wade Wilson and THE INCREDIBLE HERCULES, they get more than they bargain for, taking on two of the MU's most irresponsible heroes! Drunken mayhem, bad jokes, and billions of dollars of property damage ensue!
32 PGS./Parental Advisory …$2.99

Deadpool, Hercules, Nightmare and Arcade? In the same comic? I am so fricking there.