It's Golden Age Cap, a small sample(5 pages of 22) from a classic story reprinted in Captain America #600! It's written by Stan Lee and drawn by Al Avison.
First, we see some archery on a nice summer day, with a man cleverly dressed so as not to draw attention or look at all suspicious near an Army base. Or he's a very odd sort of male prostitute. 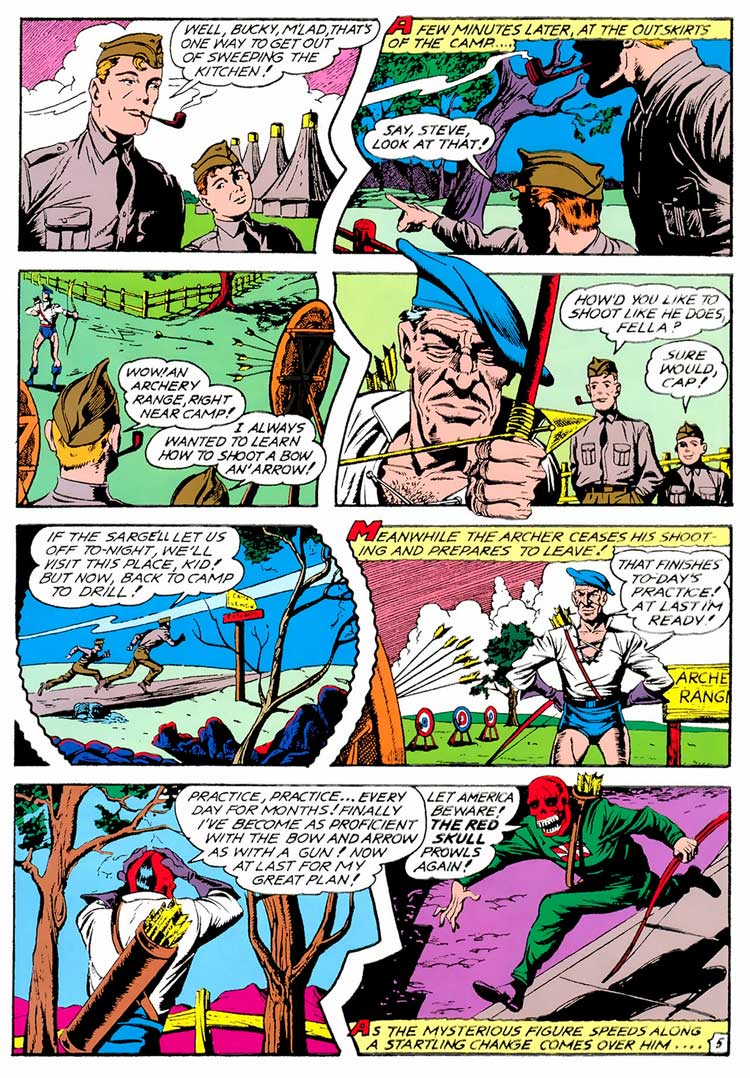 That's right, it's the Red Skull, practicing right under Captain America's nose in an insultingly stupid disguise, because he's a dick. And why exactly does his plan require arrows? Is Captain America more vulnerable to them than bullets? Uhh...

But it is interesting to see the Skull getting ahead by practice and effort, by contrast with the American who got a dose of a super-steroid. Especially in a war that was between mostly ordinary people versus people who called themselves supermen by birth. Ah, teenage, silly Lee.
Meanwhile, Steve works on his Bruce Wayne impression. 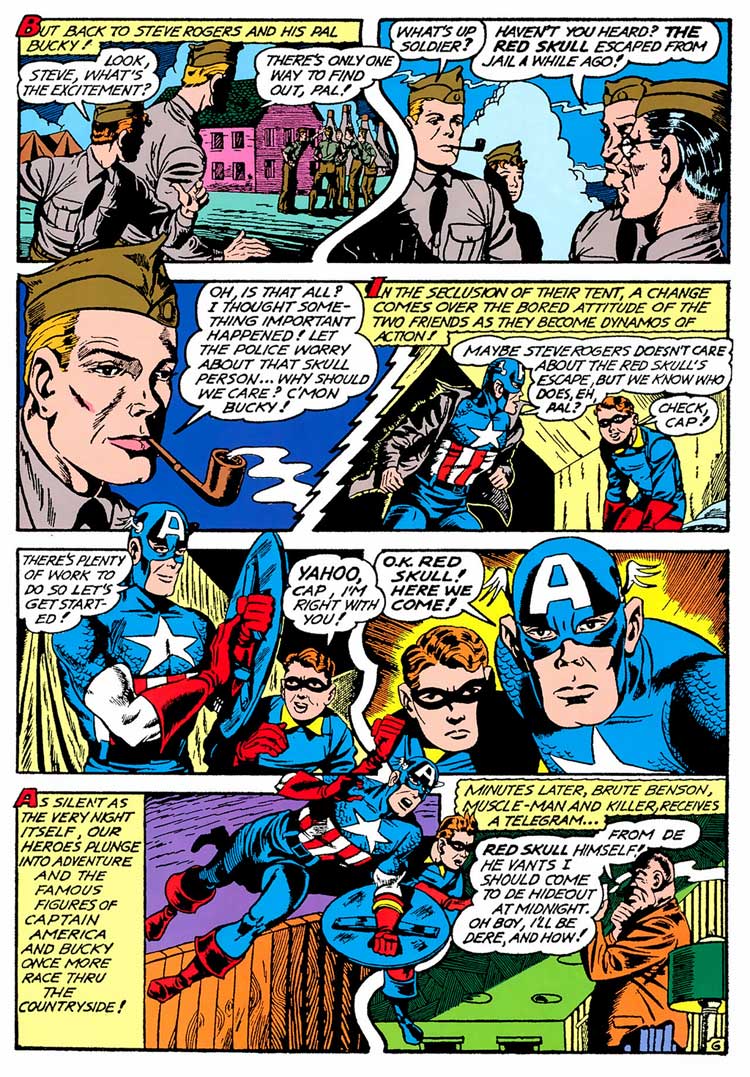 The Red Skull does some recruiting, and works especially heavily on bonding and loyalty. Managers everywhere take heed. 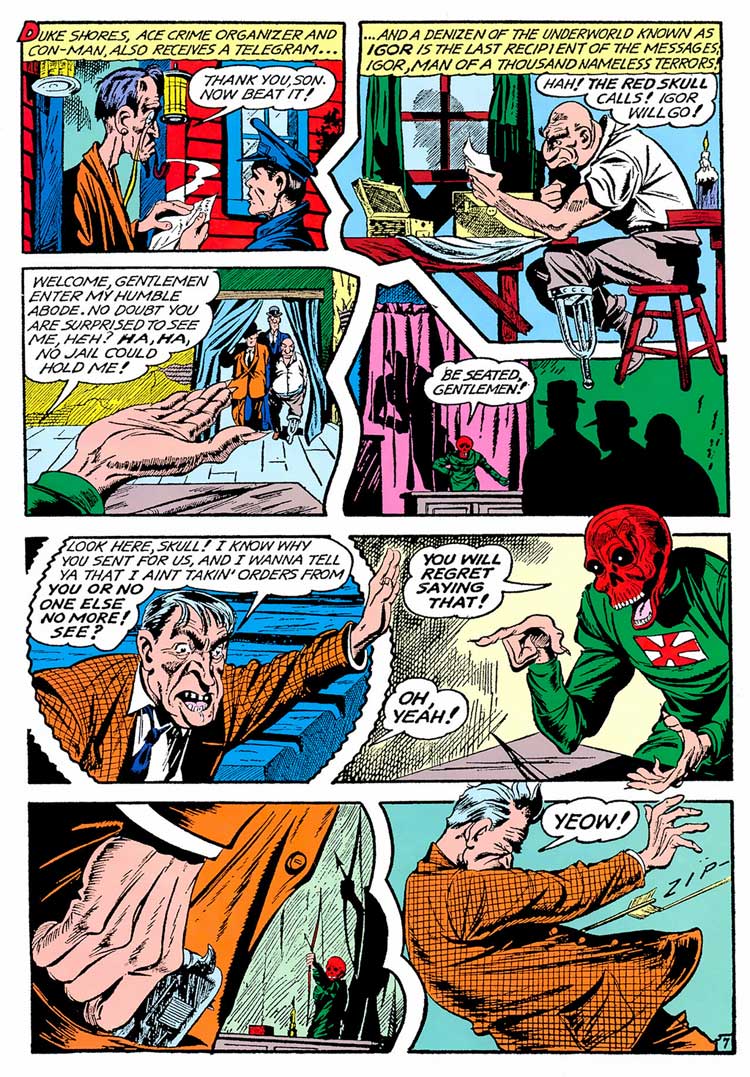 It would appear Igor's "thousand nameless terrors" are in fact his own. Also, the Skull's...Japanese? Well, not for long. 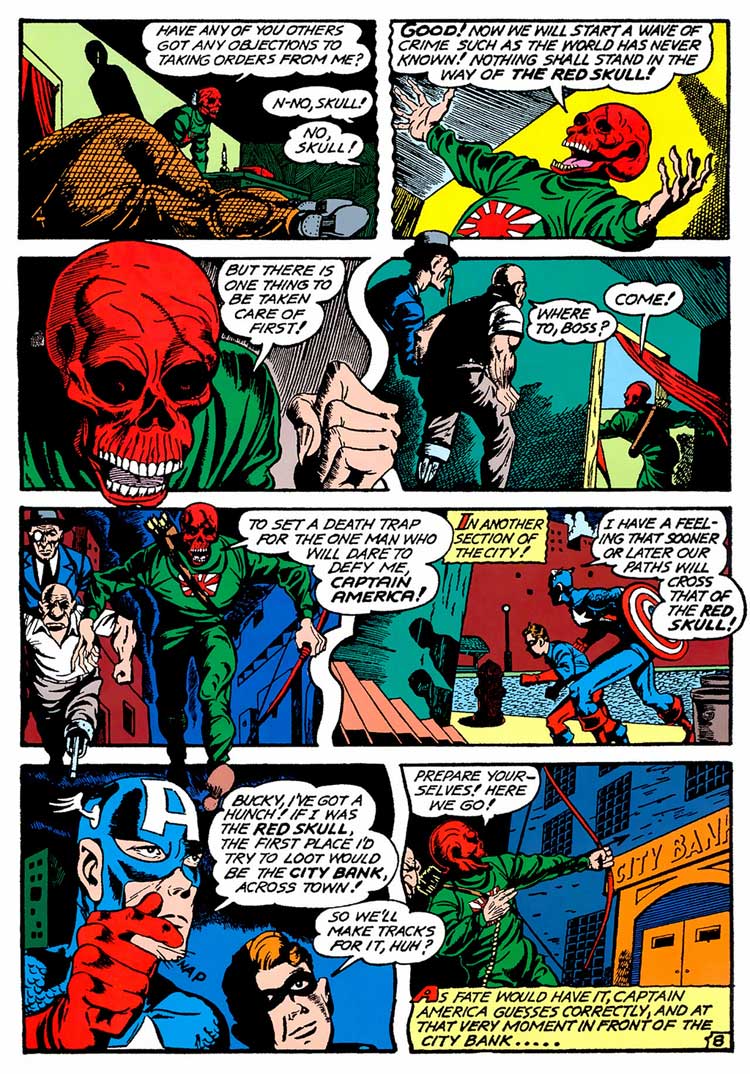 Note how his chest emblem keeps changing. Japanese, German, ah who cares. And good Lord does he look happy. At last we see what the Red Skull would look like as a Muppet. Think of it, all that practice, just so he could get an arrow through a window. You suck, Red Skull.

Also, the Red Skull has learnt the first rule of henchman hiring: when doing heists involving climbing, always get the guy missing a leg. 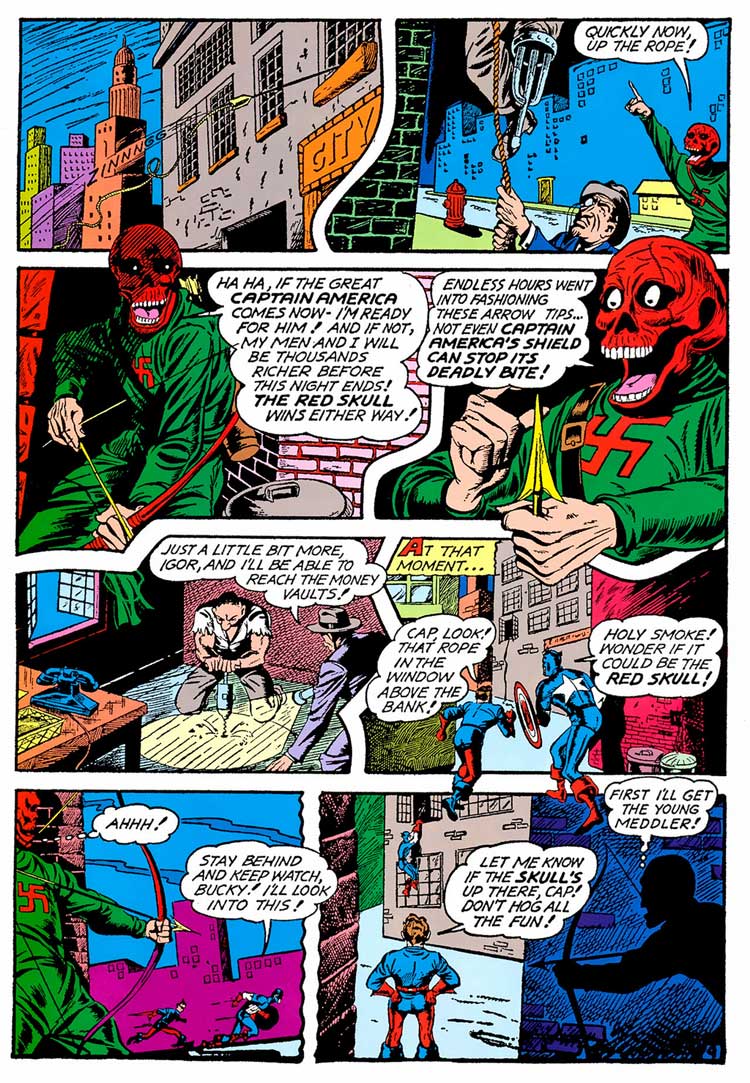 Ah, the wonderful Golden Age nothing since can match. Don't you miss it?