SOMERSET HOLMES...and Mulholland Drive?
Having dug up a copy of this forgotten little gem from Bruce Jones and the brilliant Brent Anderson, I found myself struck by a few...interesting similarities with a later work.

SOMERSET HOLMES. Published by the late, lamented Pacific, along with a hell of a lot else from Bruce Jones, in 1983. (he must have had quite the backlog) Never been too much a fan of the story, but I absolutely love Brent Anderson. Who kicks the ass of almost all subsequent photo-realist comics artists (and Anderson's photo-ref is mentioned right in the comic: the editor of the comic, April Campbell.) 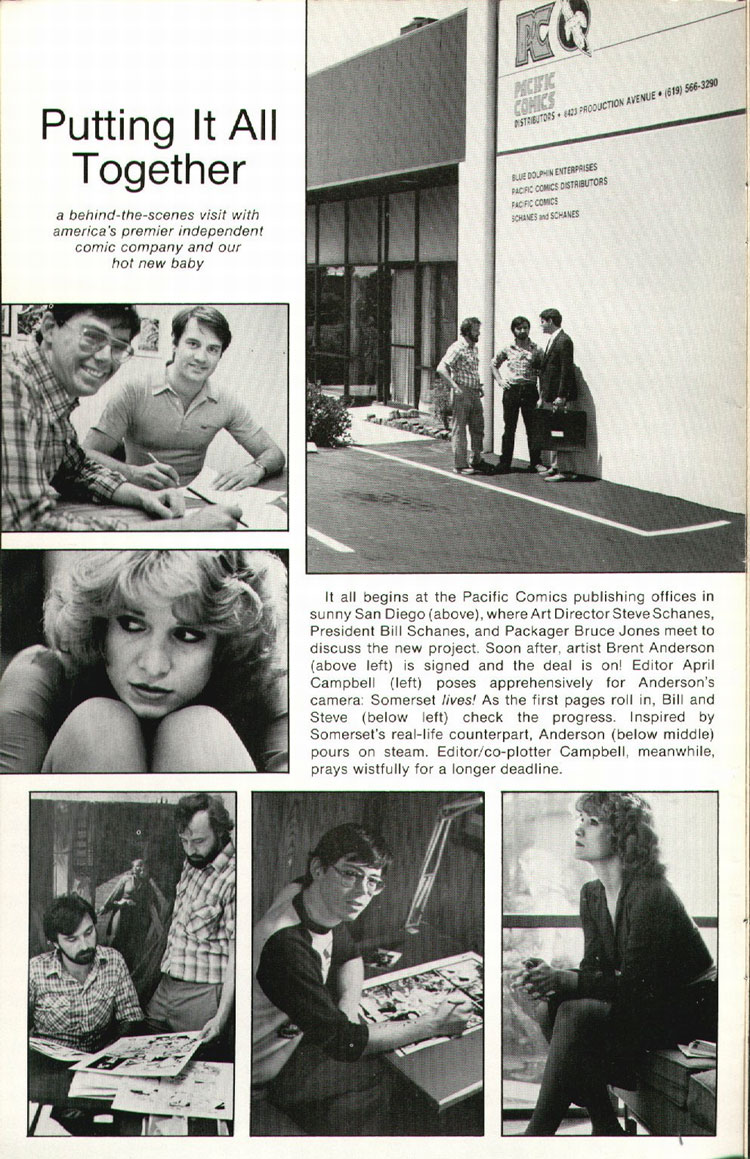 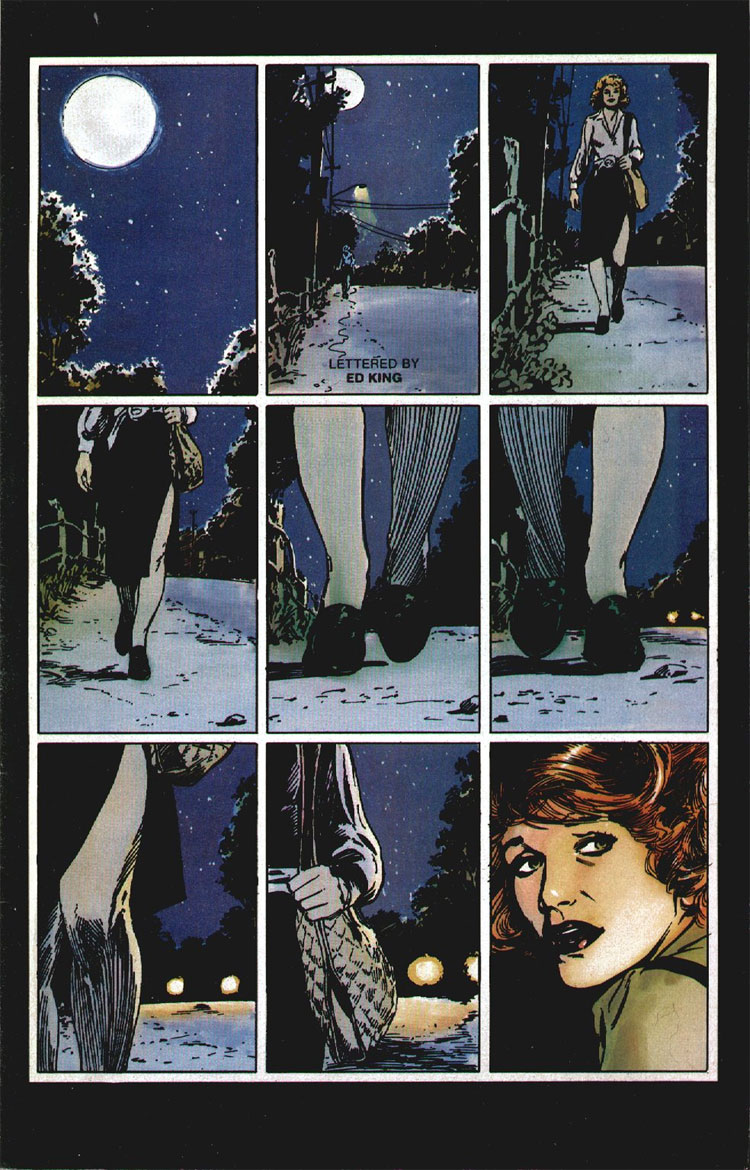 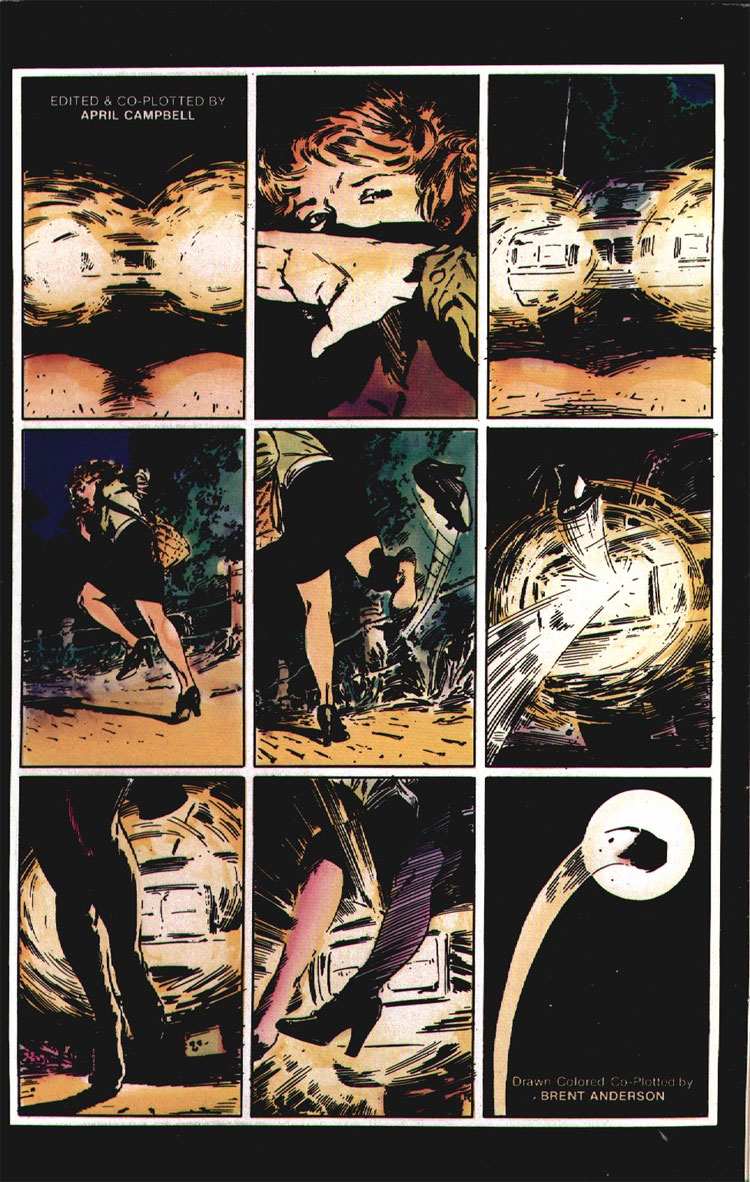 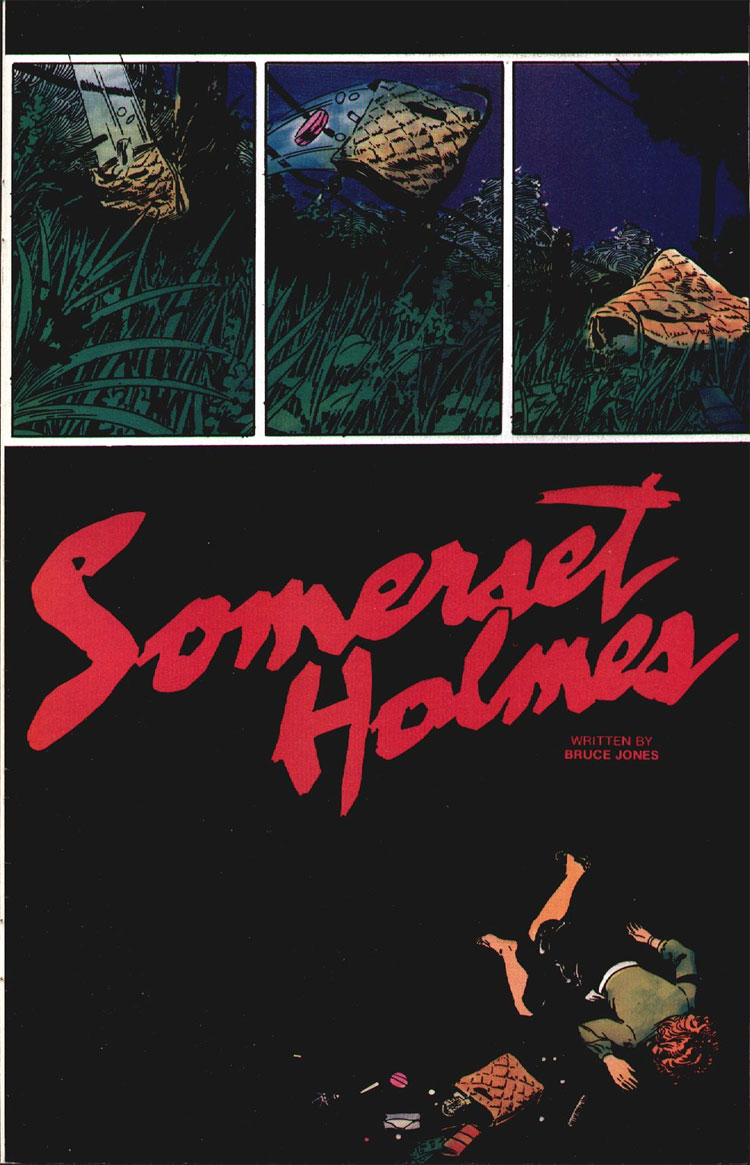 What's a little amusing is this is now considered Frank Miller territory, a la SIN CITY. But look at this and tell me, between Anderson and Miller, who's the real deal and who's the poseur.
Anyway, hobbling off for help, someone's house, get naked, amnesia, weird conspiracies: check. 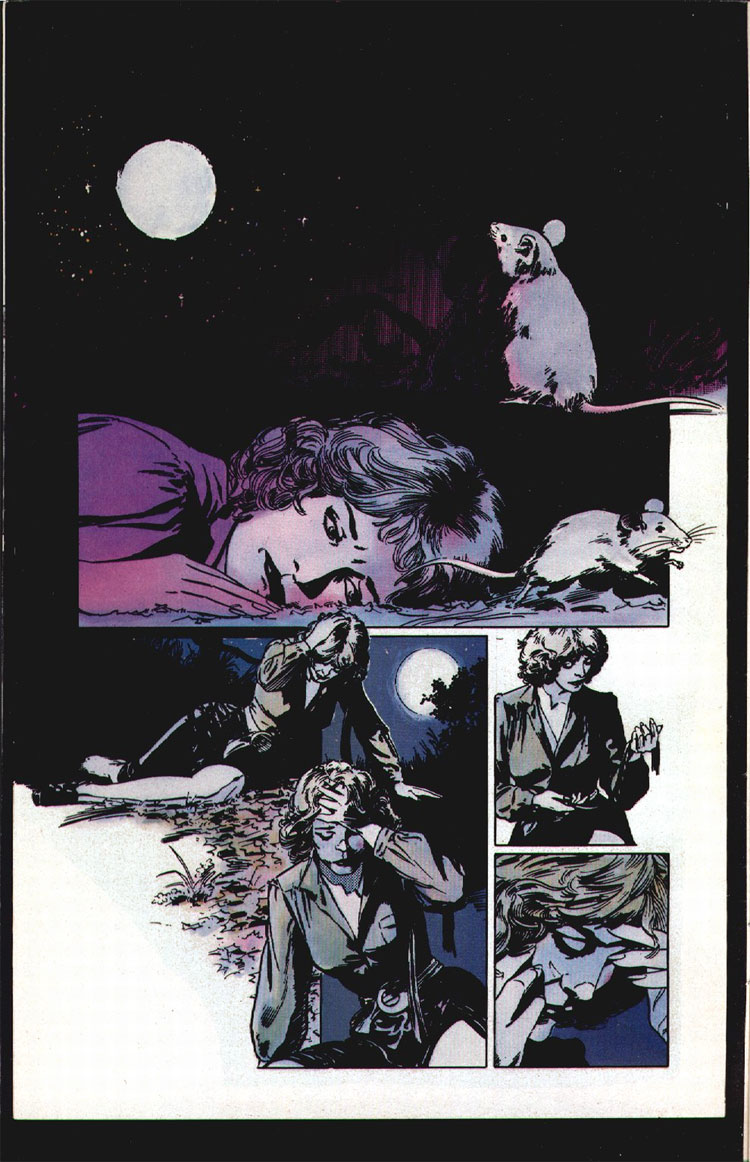 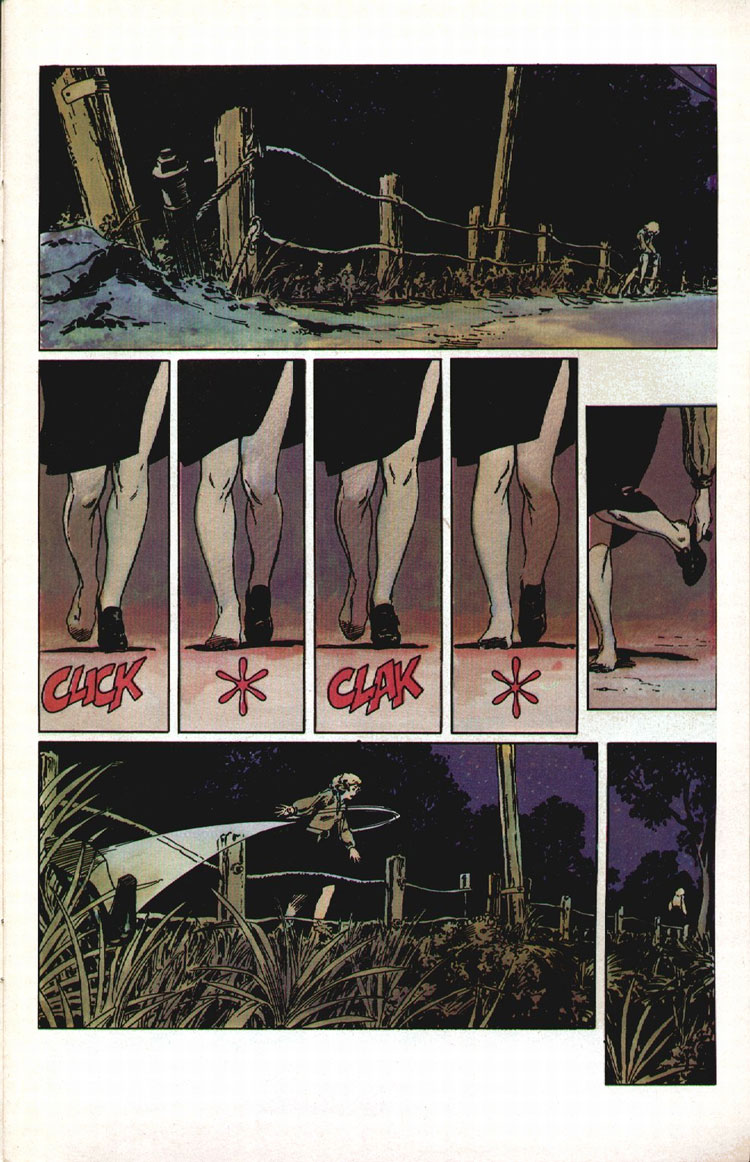 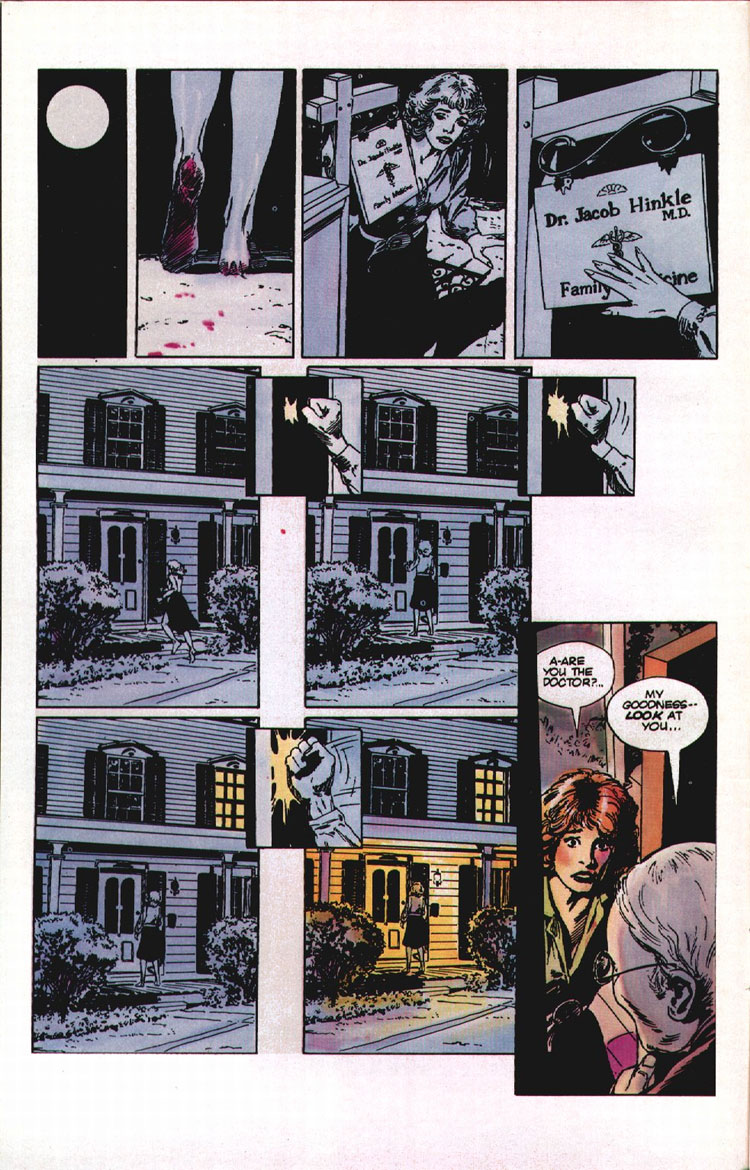 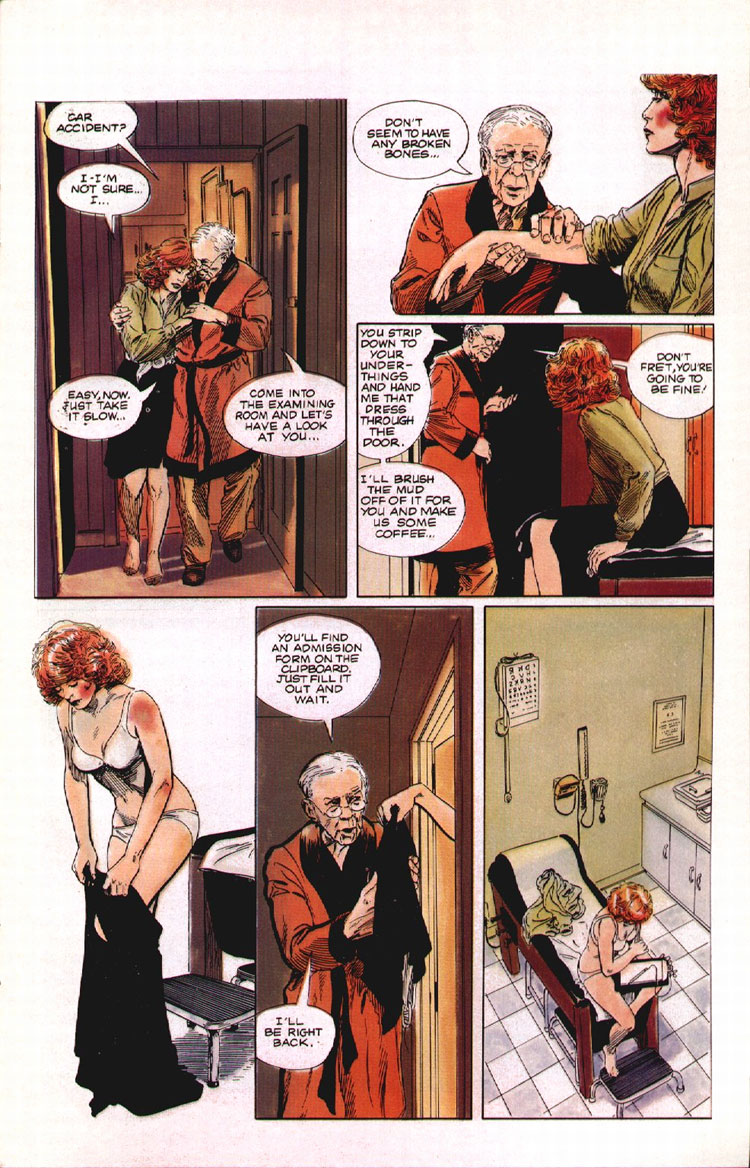 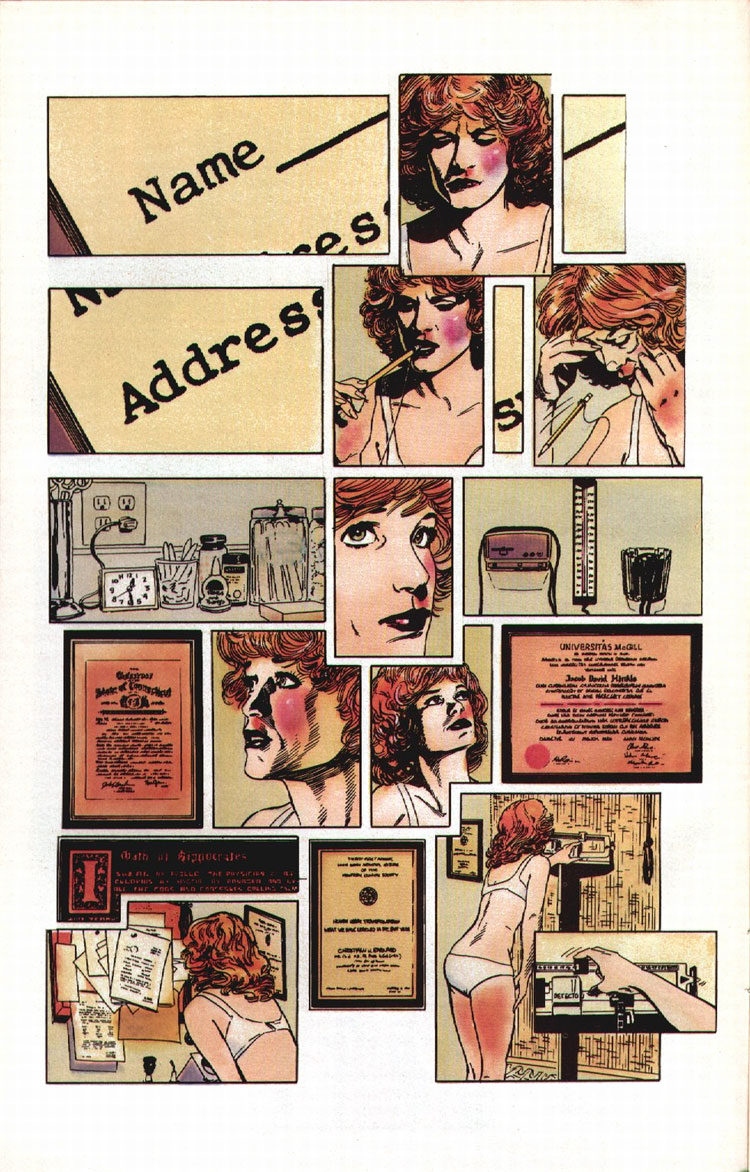 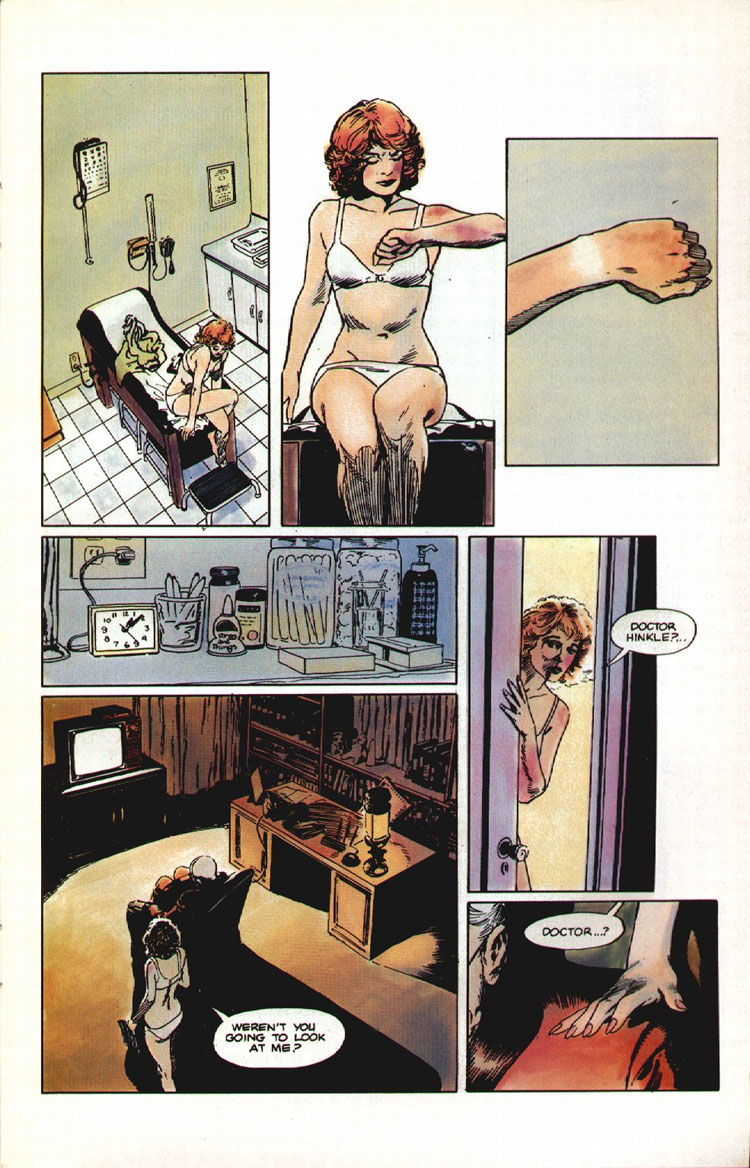 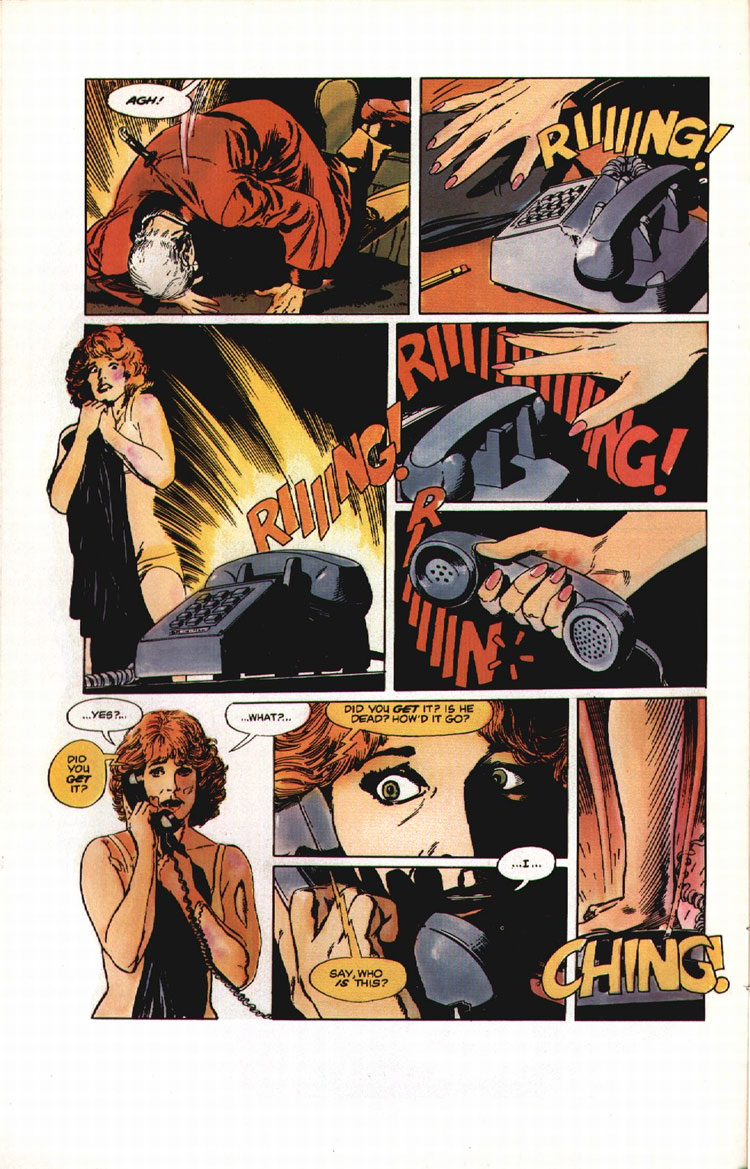 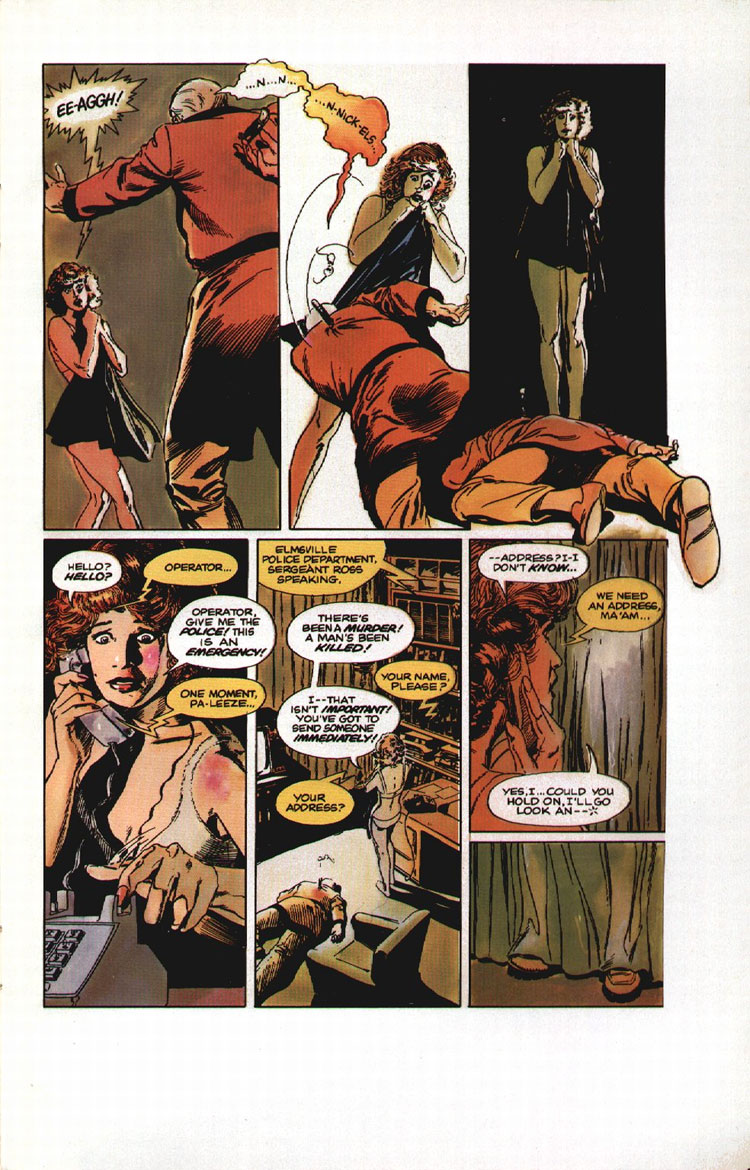 And after she gets attacked in a bar bathroom, we end with this: 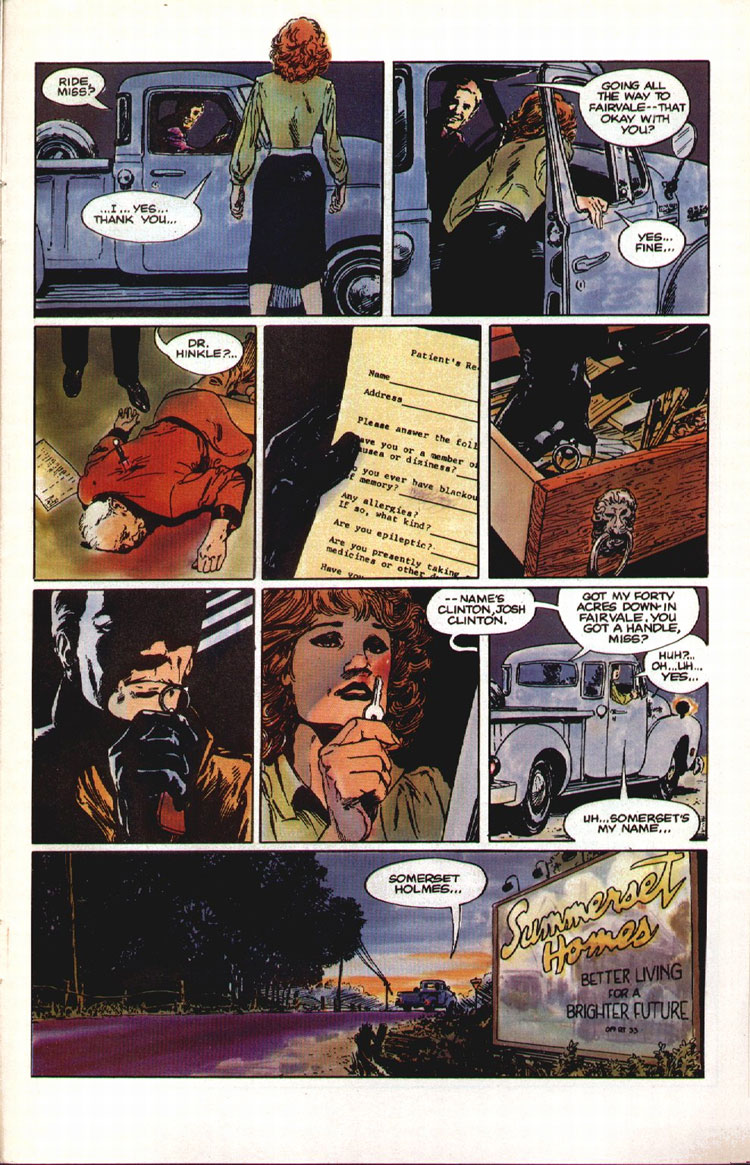 Evocative name grabbed off random poster or sign: check.
At the very least, the coincidence is remarkable. And Lynch does read comics. And I recognize there might be a particular film noir source I don't know they both took this from, and in MULHOLLAND DRIVE the very cliched and "movie" nature of Rita's plight is partly the point. But still, I thought it was worth a chuckle, and a chance for those who haven't seen this comic to do so. Nice lookin', isn't it? And really atmospheric. Even if it is basically a Hitchcock riff.
Also, notice how Anderson totally goes for the chance for cheesecake--but makes her quite realistic without losing any attractiveness or sexiness. Artists, look at this and take notes. I'm looking at you particularly, Greg Land.
NOTE: Here's something really effing weird. Just as I posted that, there was a random mention of and clip from MULHOLLAND on NIGHTLINE. Okay, that's spooky.
(All images (c)1983 Bruce Jones & Brent Anderson.)