Tweak says, "my heart aches for you"

Selina vs. Black Mask, Parts 1, 2 and what happened to him afterwards
Contains Spoilers


Their feud began back in 'Crooked Little Town', when Selina stole $28 million worth of diamonds from some corrupt cops who had framed Holly Robinson for the murder of an undercover cop they'd killed. Unfortunately for Selina, they happened to be working for Black Mask, who got his revenge in the next big storyline, 'Relentless', by enlisting the help of one of Selina's childhood friends.

The former friend of Selina holds a massive grudge against Selina due to a bad experience they'd had when they were homeless teenagers, and as a result gave Black Mask just enough information to hurt her without actually giving him her name.

These things involved having her friend Slam Bradley run over, Holly beaten up and kidnapped, and Selina's newly-returned-to-Gotham sister Maggie getting fed pieces of her husband while chained to a wall.

When Selina finally found out where Black Mask was, she offered to let Black Mask kill her if he let Holly and, the now catatonic, Maggie go. This is where we start off, 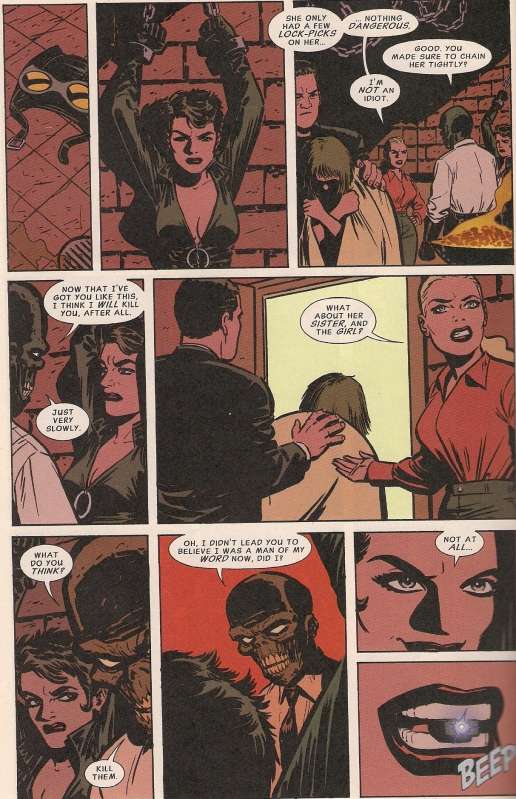 Selina explodes a bomb she'd hidden on top of the lift leading to Black Mask's penthouse, and in the confusion breaks free and starts kicking Roman and her ex-friend's asses, 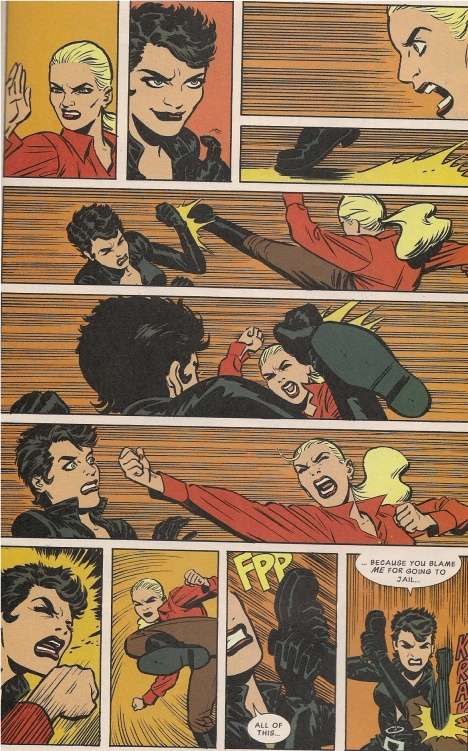 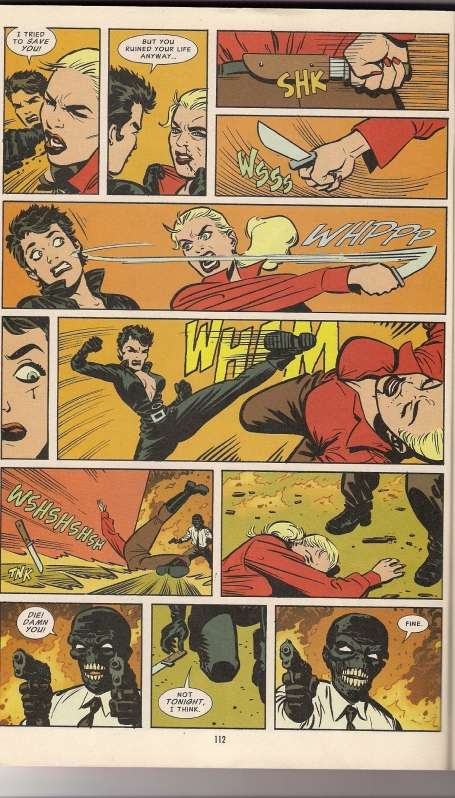 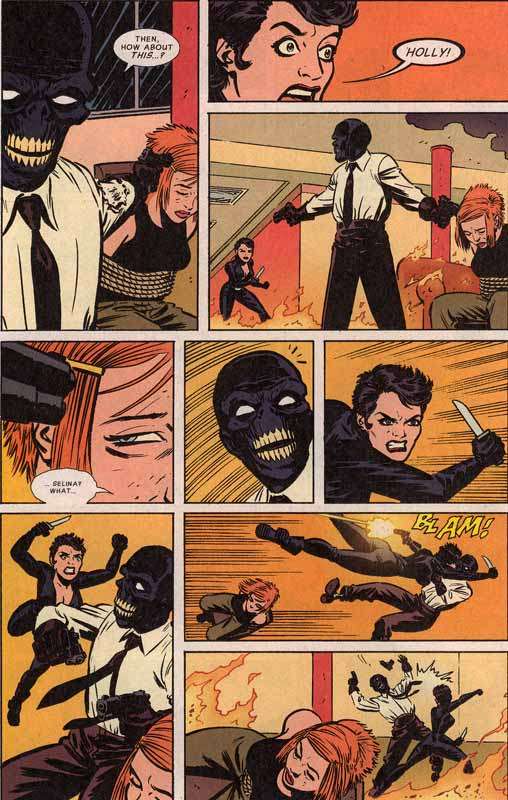 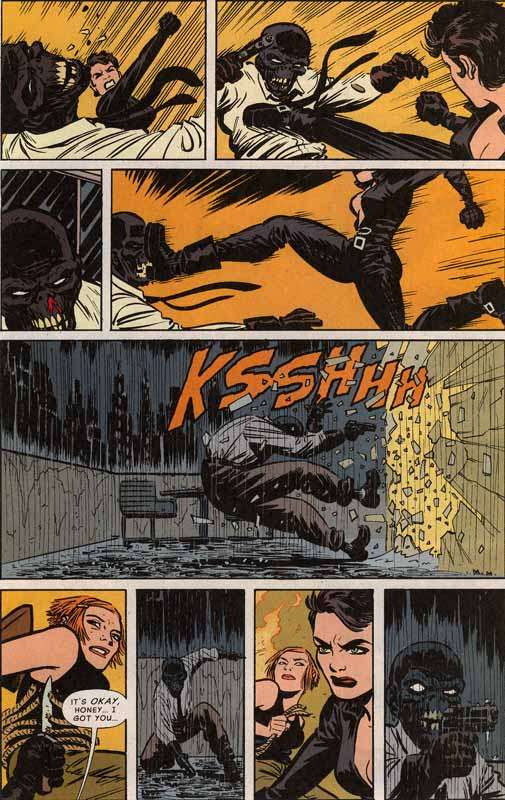 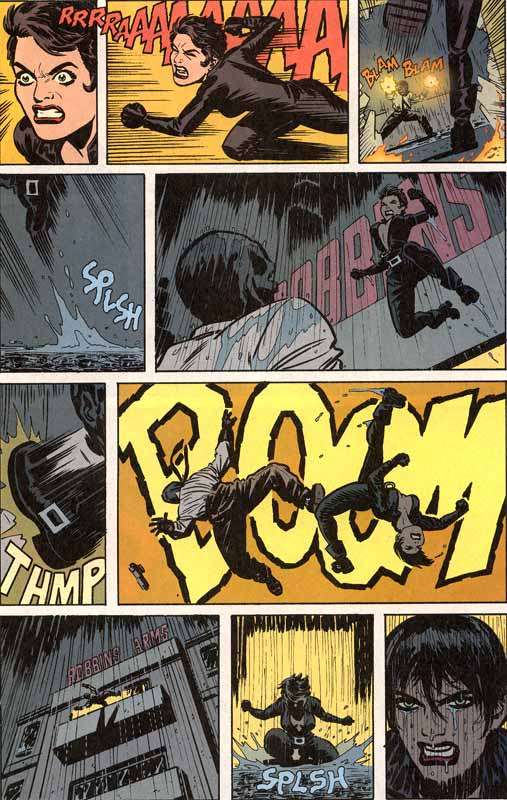 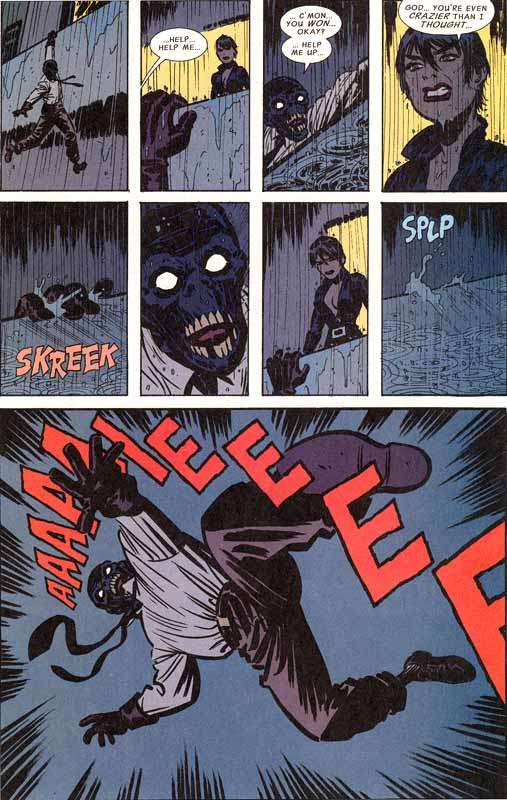 We then skip forward a few years, the Brubaker/Cooke/Stewart run is over, and Black Mask has returned and , post-War Games and the Spoiler/powerdrill incident, decided to get into the Society of Supervillains by making Selina is archenemy. He does this by having Slam's son put into the hospital, Slam put into the hospital with a message carved into his chest amongst other things. 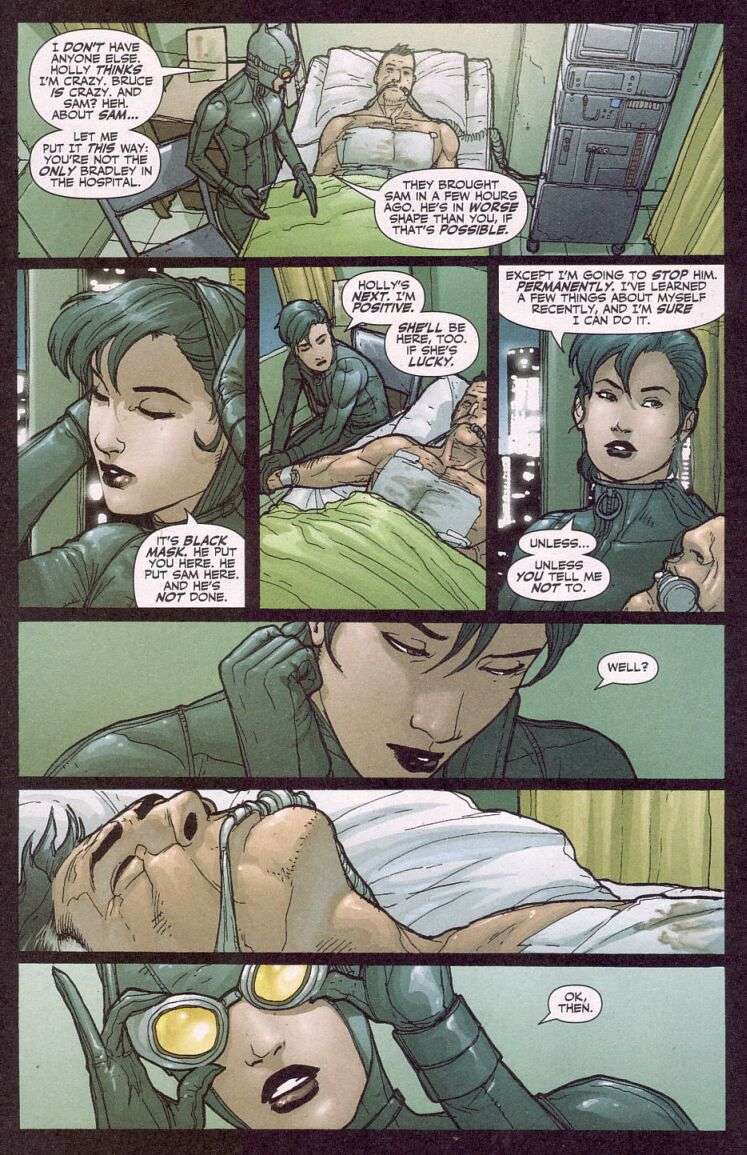 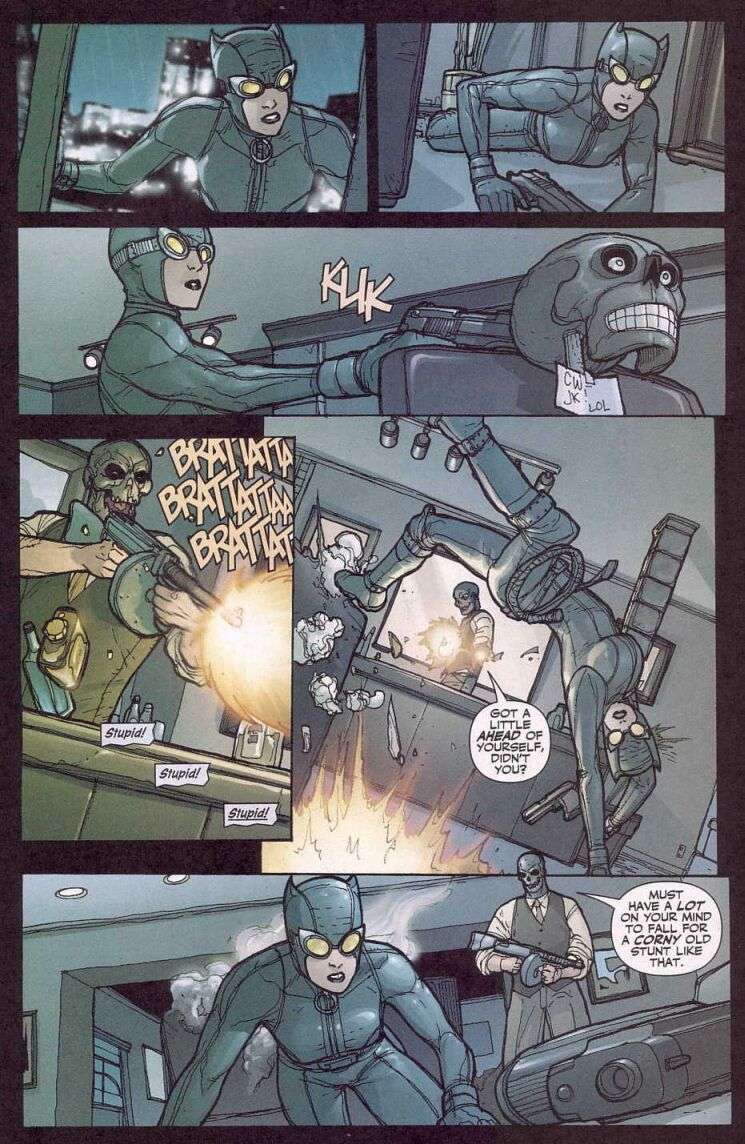 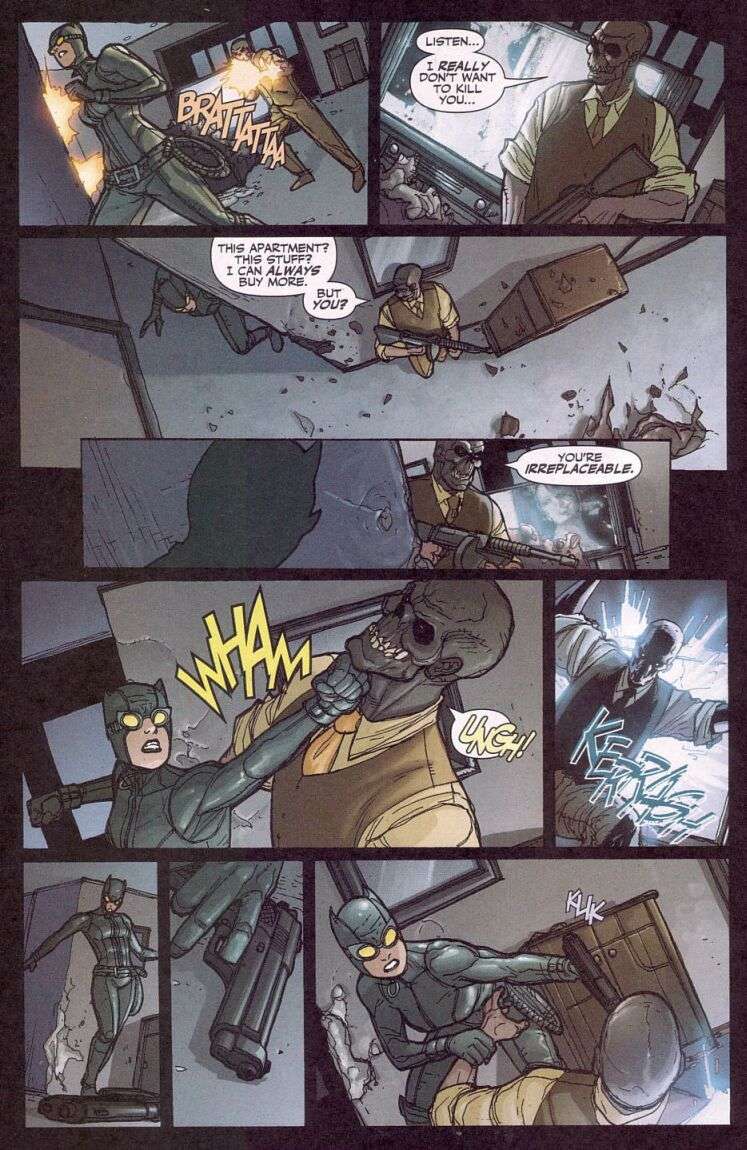 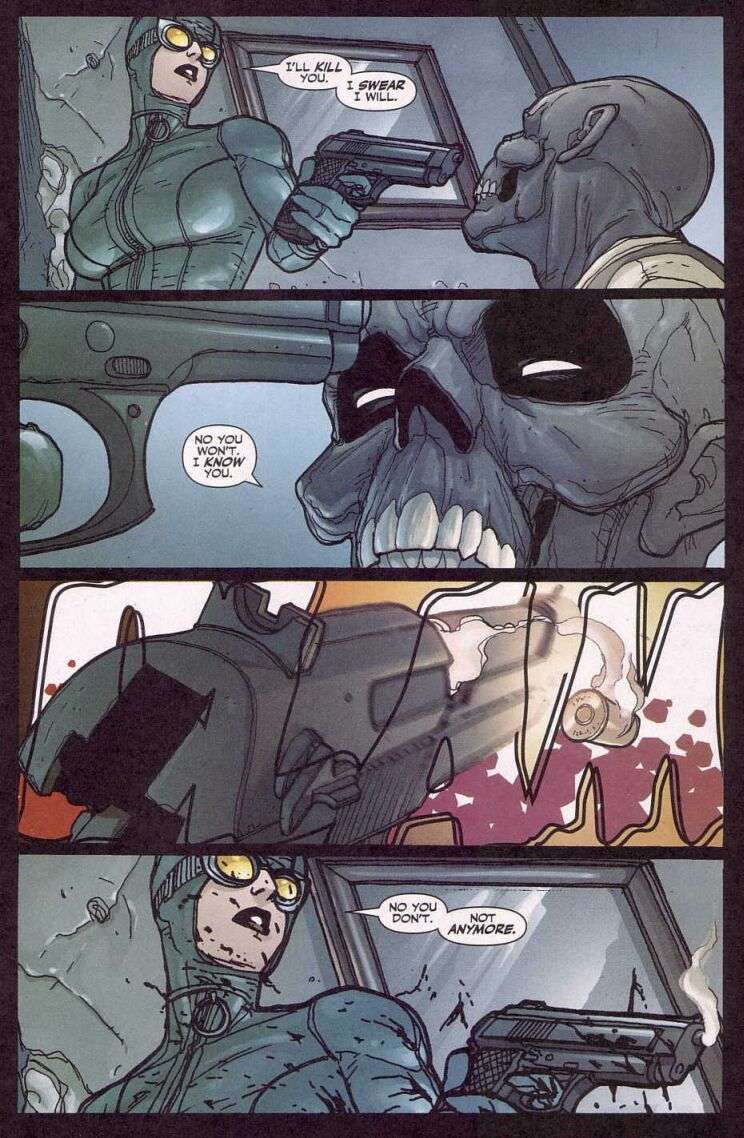 We then skip forward even further, to an One Year Later storyline where a cop is doggedly trying to solve the murder of Black Mask despite the fact that no one cares and he's even told repeatedly by his superiors to just drop it.

Eventually he arrests Holly, who doesn't know that Selina shot Roman, and give a lot more proof than what we normally get when supervillains die. 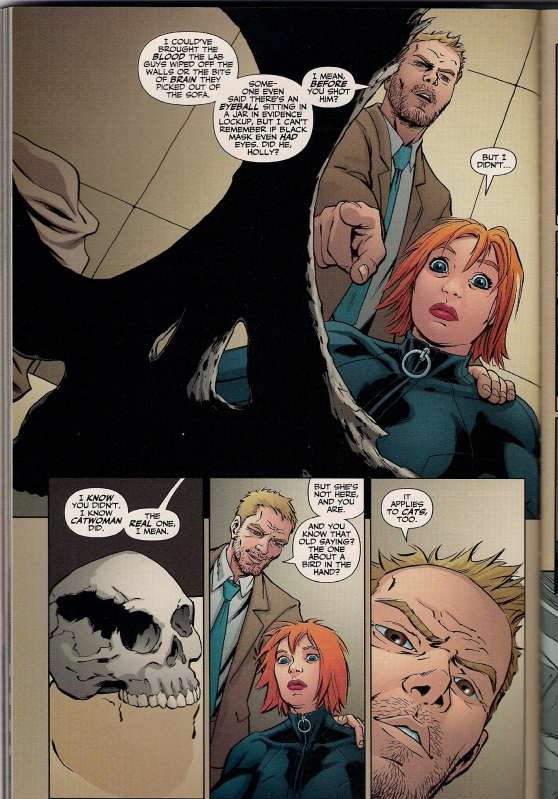 The detective kept that skull on his desk.

So that all in mind, who the heck is that guy in Battle of the Cowl meant to be? Has he moved to Africa all this time, somehow managing to ironically pull the same trick that Stephanie Brown did, fake autopsy photoes and all? Has Superboy Prime begun smacking Time around in that last issue of that Final Crisis Legion of Superheroes series that seems to have dropped off that map?

Or is it someone pretending to be Roman? My votes are either Jason Todd, though him pretending to be two people wearing black masks with glowing red eyes is kind of silly; or the Joker, who has yet to appear in Battle of the Cowl yet.