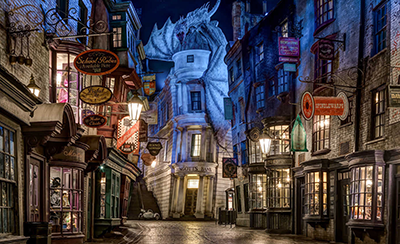 The year is 2008 and ten years have passed since the culmination of the Second Wizarding War. Victory won, Harry Potter and his friends were recruited by the newly instated Minister for Magic, Kingsley Shacklebolt, to aid in the initiative to clean out the remnants of their enemies. The victims of the war rebuilt and reclaimed their places in the world, finding that a simple life was indeed possible. Marriages were celebrated and families started, energies were thrown into building careers. In general life became stable and witches and wizards were capable of focusing on all things personal instead of keeping attentions tuned into the Daily Prophet for news on the war.

Harry Potter, now Head of the Aurors after having reshaped the department along with his best friends, continues his vigilance against the Dark Arts while now enjoying being a husband and father of three. With this newfound life there will continue to be new challenges to face and a future that will always remain unpredictable.

Vindicatus is a book canon Trio Era game that focuses on what life is like after the defeat of Voldemort. Opportunities for continuing old and developing new social ties abound but tomorrow is not always promised.