Here is a land that no one knows about...

[It takes some time, but eventually all the positive energy generated by the children is spent. Enough for things to go back to normal, at least. People soon go back to their normal ages (or bodies, depending on what happened to them) and the inflatables and the slides disappear from one moment to another as if nothing happened.

As soon as the last bit of childish playground goes away, it begins to snow. It’s light but constant, so it doesn’t take too long for Miracle Country to be mostly covered in white. Despite that it shouldn’t complicate things too much- it’s far from being one of the bad blizzards from previous years, at least for now. The light gets through the clouds enough to leave room for the park to look as if it’s shinning . But since things can never remain normal for too long, soon there’s a… bit of a change with the trees. 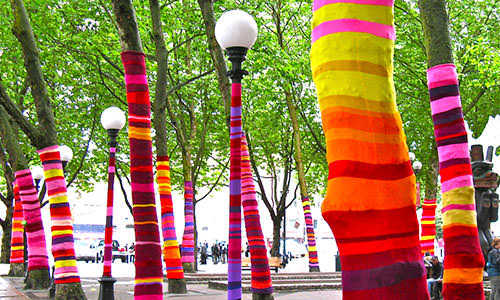 It appears someone, probably the world itself, didn’t want the trees to be cold. Some of them even have scarves on them that anyone can grab if the cold caught them unprepared. Clearly a nice day to stay inside drinking some hot chocolate or outside, enjoying the change in scenery.]