freedomtownic
Who: Maul (with a short appearance by Obi-Wan Kenobi)
Where: In front of The Jedi Temple
When: Thursday evening
What: Preventing the Imperials from taking the temple
Status: Closed and complete


When several large transport ships touched down in various parts of Galador, spilling small armies of stormtroopers into most of the bigger cities of Galador, they saved the biggest transport for Galactic City. They'd spotted the Jedi Temple there while preparing for the debacle that was the Doom/Krennic summit, and were determined to take it for their own.

With most of the more experienced Jedi out fighting... it left the temple mostly unprotected. Obi-Wan Kenobi had been on his way back to the other Jedi when he saw an Imperial Inquisitor forcing his way into the temple.

freedomtownic
I wish I had my VHT-1 Veritech Hover Tanks. But I do love this repeating blaster.
Tags: !empire plot, dana sterling (_ref_)

freedomtownic
Were the change as I brought out my Zords Black Dragon. And those small aircraft and dropships are a joke. they do make love firework
Tags: !empire plot, lord drakkon (lord_drakkon)

freedomtownic
Who: Chi and Jacen Solo
Where: the cave under the temple
When: as the battle take places in space
(  Guarding the cave )
Tags: !empire plot, chi (temple_guard), jacen solo (mynock)

freedomtownic
Tinker Bell, It been a long time, But I think I will need some of your pixie dust?
Tags: !empire plot, captain jake (_popinjay_), tinker bell (dontcallmetink)

I mean, I coulda killed the dude, ya know???

Alright... citizens of Monstropolis? Since we're clearly about to be invaded by the biggest bunch of angry dudes in white this side of Mississippi, I want everyone in their homes immediately. If you have no safe place to be, contact my fiance Emily Fitch and she will find you a temporary safe spot in the Royal Palace.

freedomtownic
We've just received a message from what they are calling the Super Star Destroyer 'Executor'.

The Empire is sending an emissary to Galador, to attempt to work this out and maintain peaceful relations until the gem can hopefully send them back to whatever godforsaken world they're from.

I will handle this personally. I am aware there are other rulers here, but may the gods help us all if someone as crazed or uncouth as the Queen of Monstropolis or her relatives attempted to do this.

We need someone who can remain calm and maintain a cordial atmosphere. Doom shall work this out.
Tags: !empire plot

freedomtownic
So, uh... looks like the gem's at it again. I was just flying The Benatar back from a supply run on Xandar, and I watched while a big-ass portal tore open right outside Galador's orbit.

Lottttttttta ships comin' outta that thing. Anyone else hopin' maybe they're friendly? 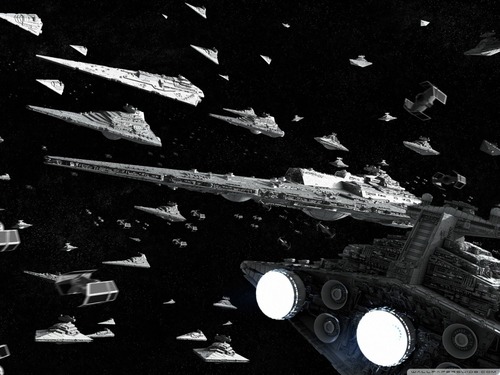