Lulu: 10 Pages of a Work in Progress


As some of you know, I'm an indie cartoonist, and some time back I posted an autobio story, "Martha," which was my final story in my 4-year exploration of the smut genre. Having gotten tired of that, I have been working this year on a long-planned adaptation of Frank Wedekind's LULU plays(the other plan was WOYZECK, but, uh, a bit too heavy for me at this time), "Erdgeist" and "Pandora's Box." The latter of which is best known as a silent Louise Brooks vehicle. I love Brooks, but that's been done, and besides, it was hardly a definitive adaptation. Mine isn't either but I'm trying to be at least faithful to its spirit. But mine is set in the modern era, and I am being a bit loose with the rather archaic PD translation I'm working with.
In any event, I though this might be a good venue to show some of it so far, as you folks have taste, and I'm certainly not putting it on my site before shopping it around. So, here's ten pages of it. Most of these lack the greys I'm going to add later(more or less as you see in the first two), so please keep that in mind. Without further comment, here you go. 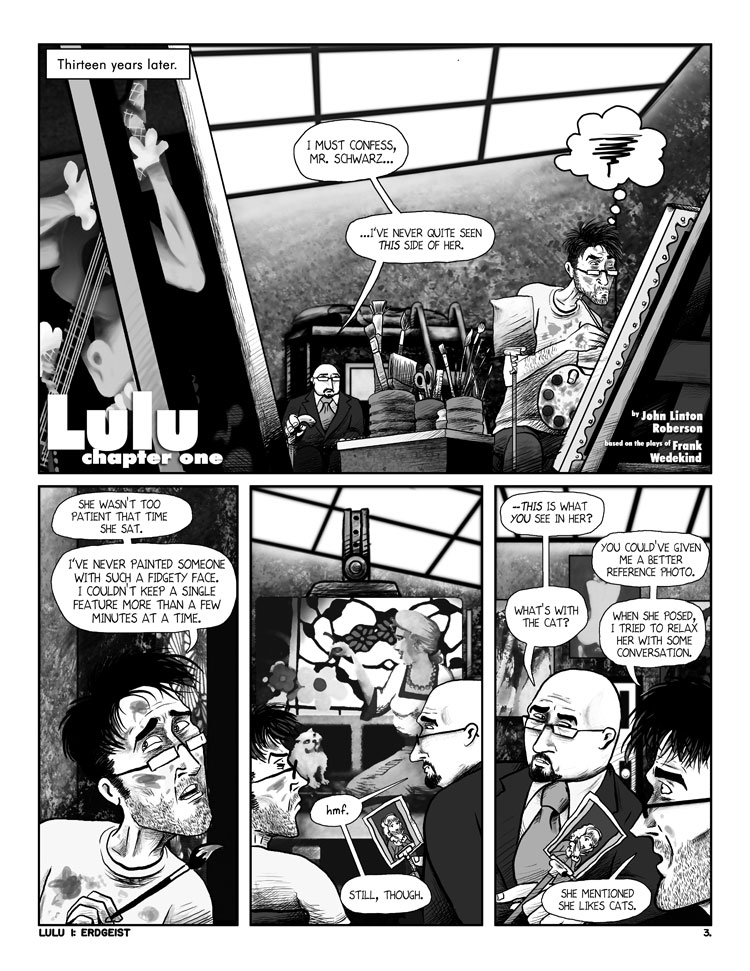 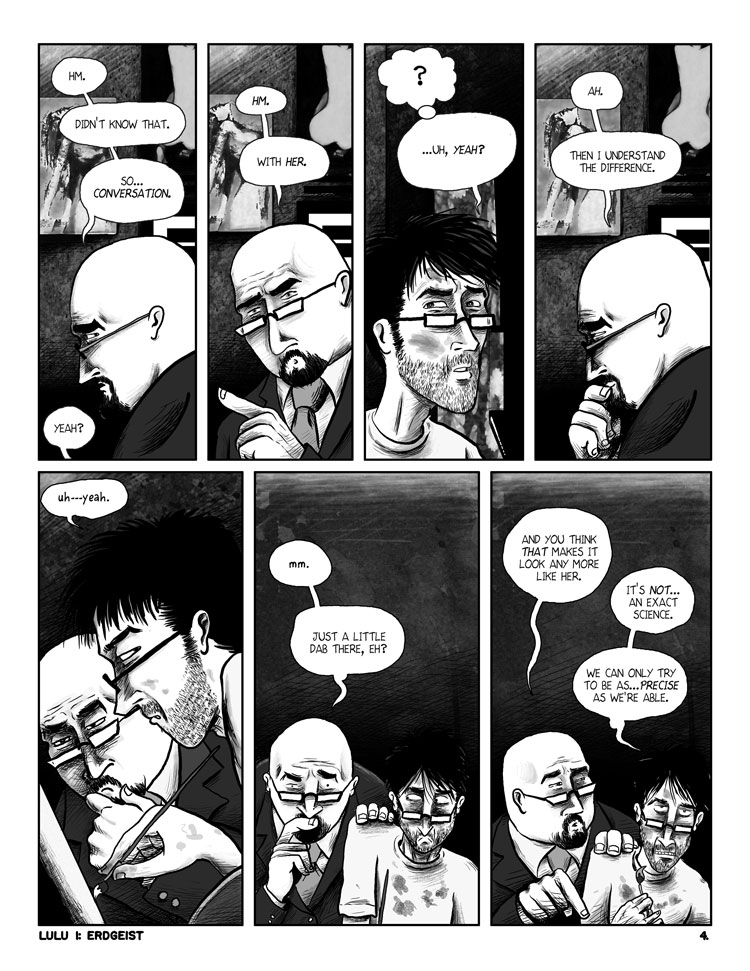 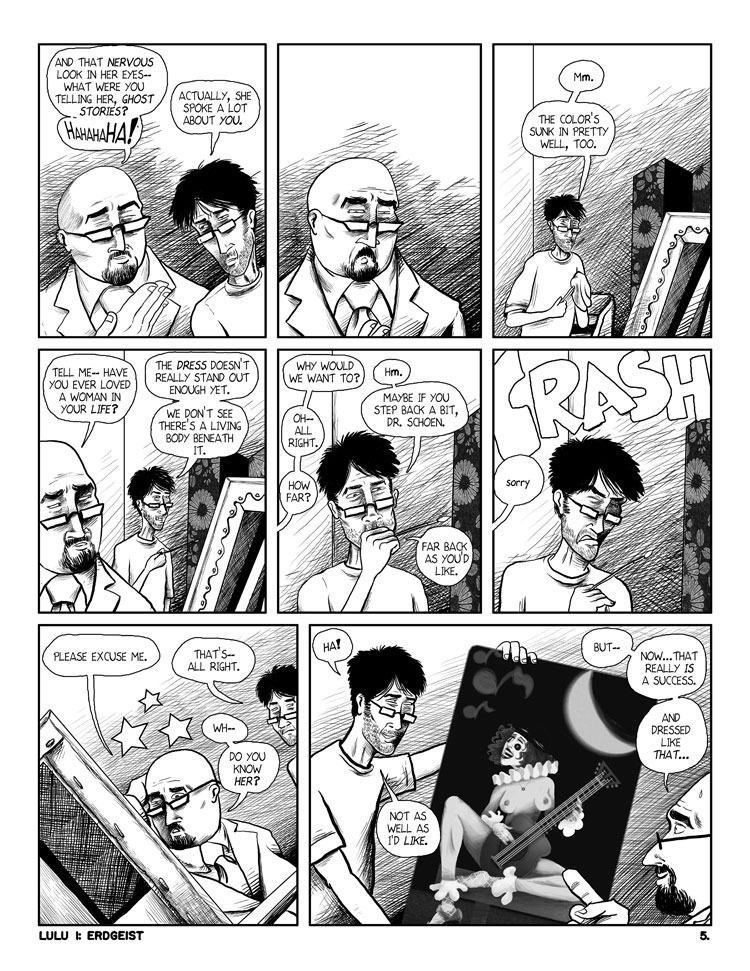 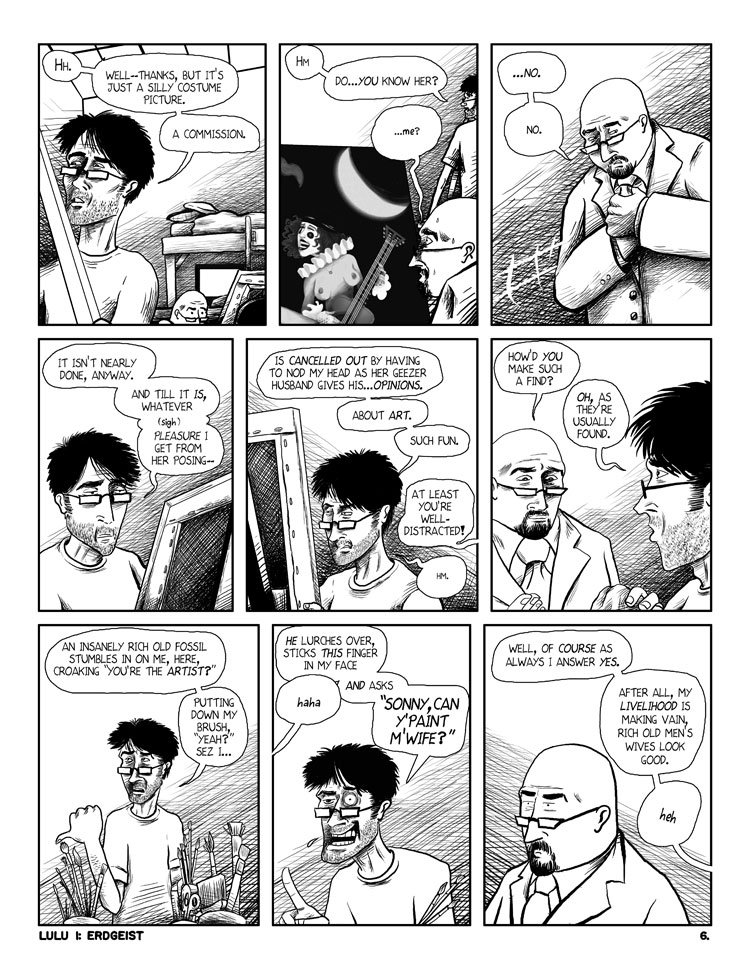 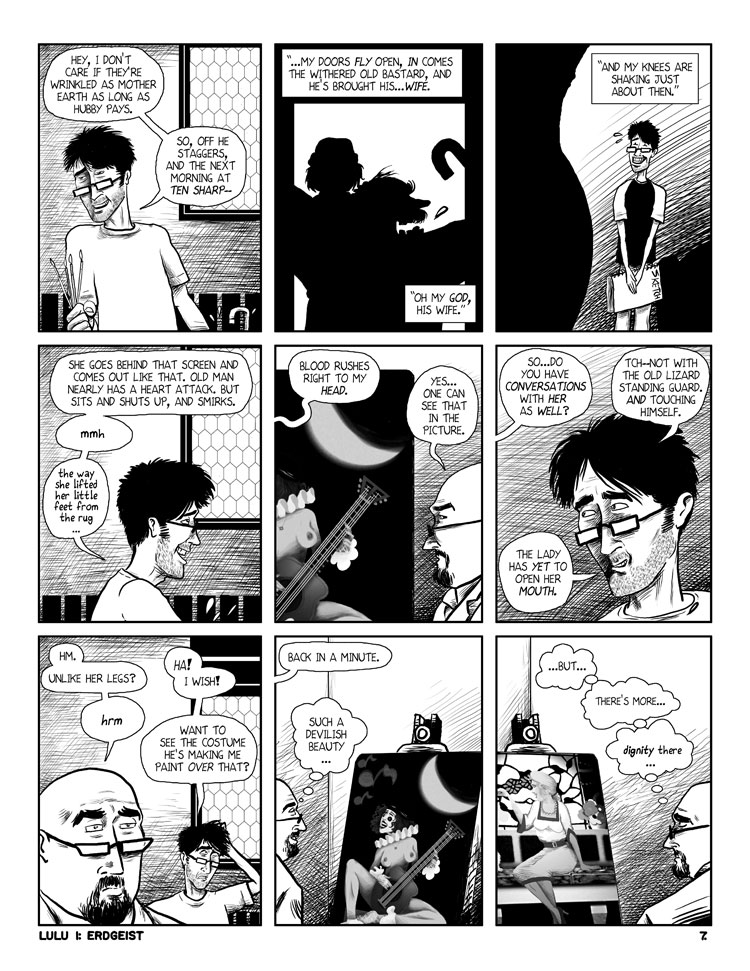 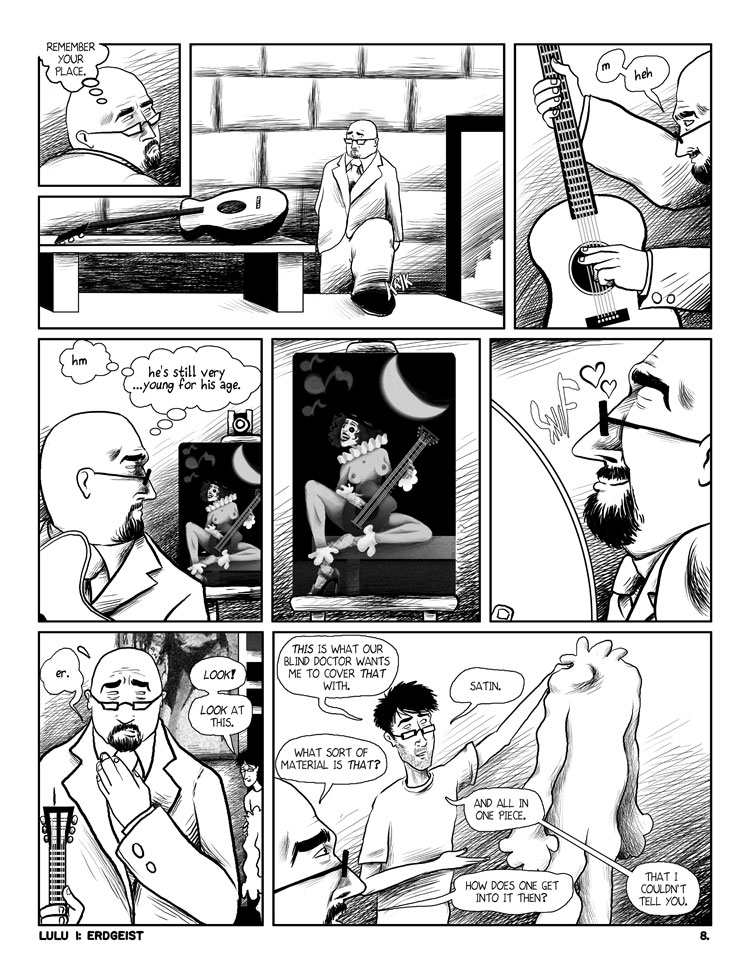 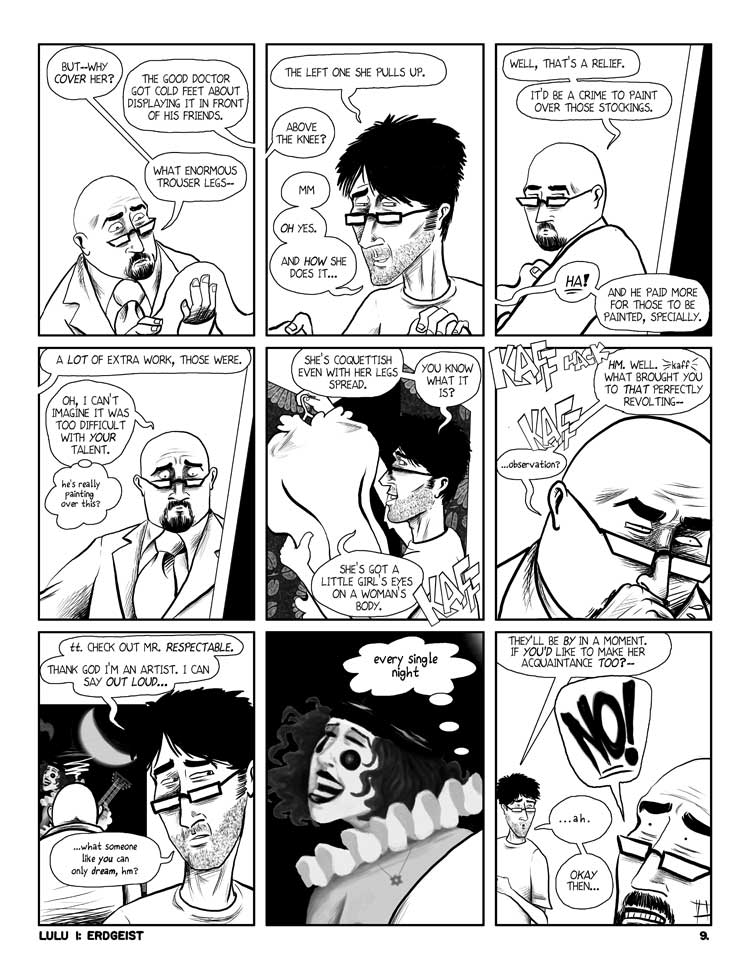 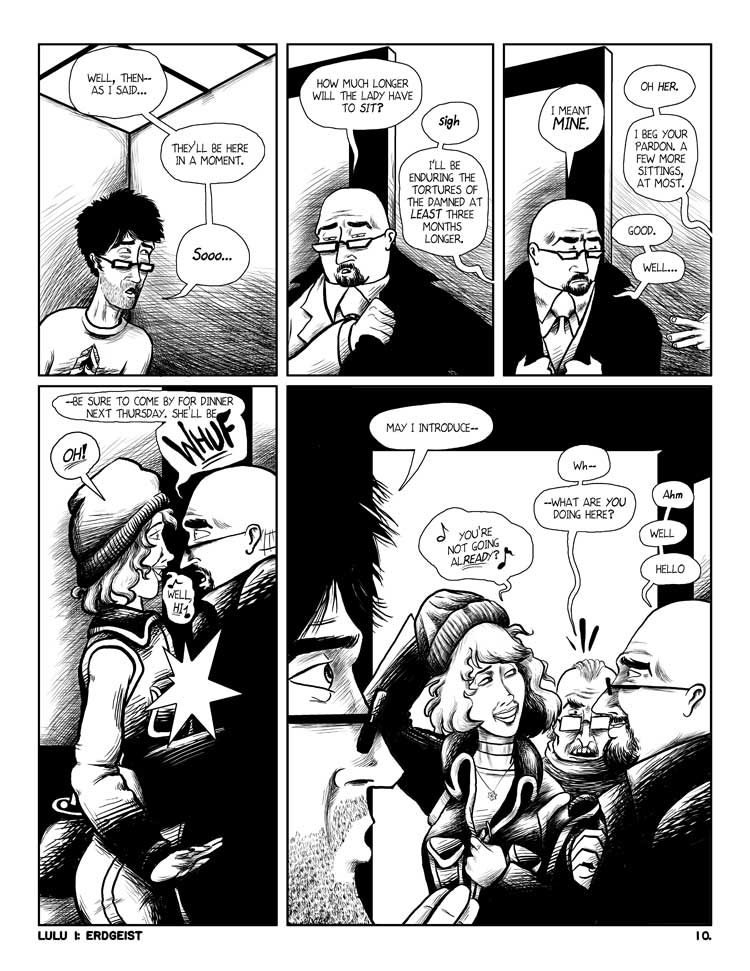 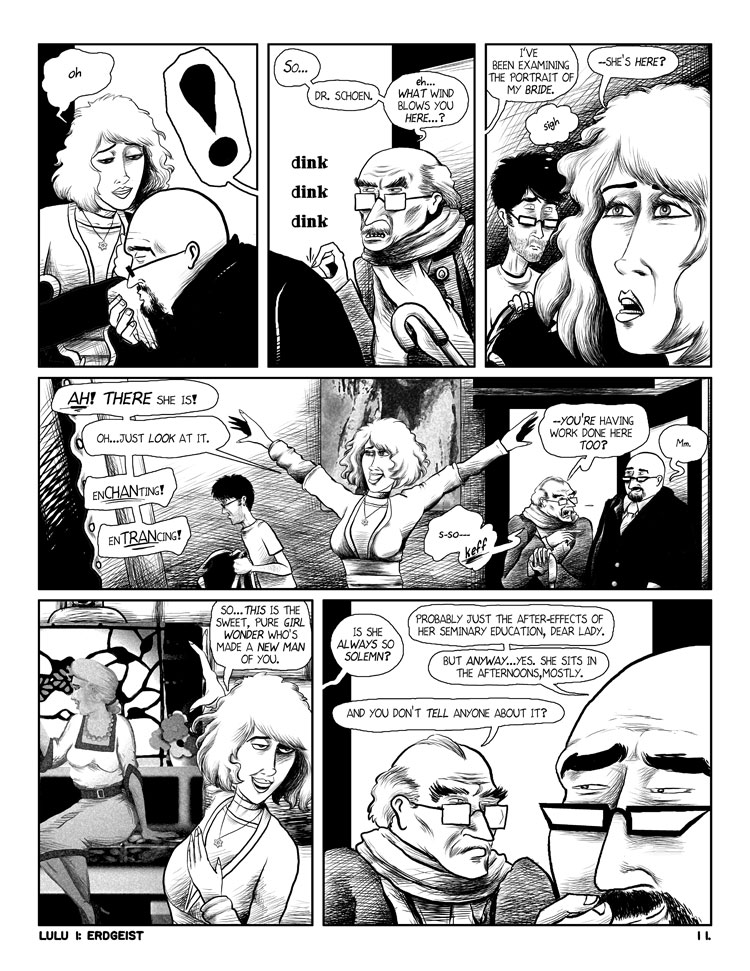 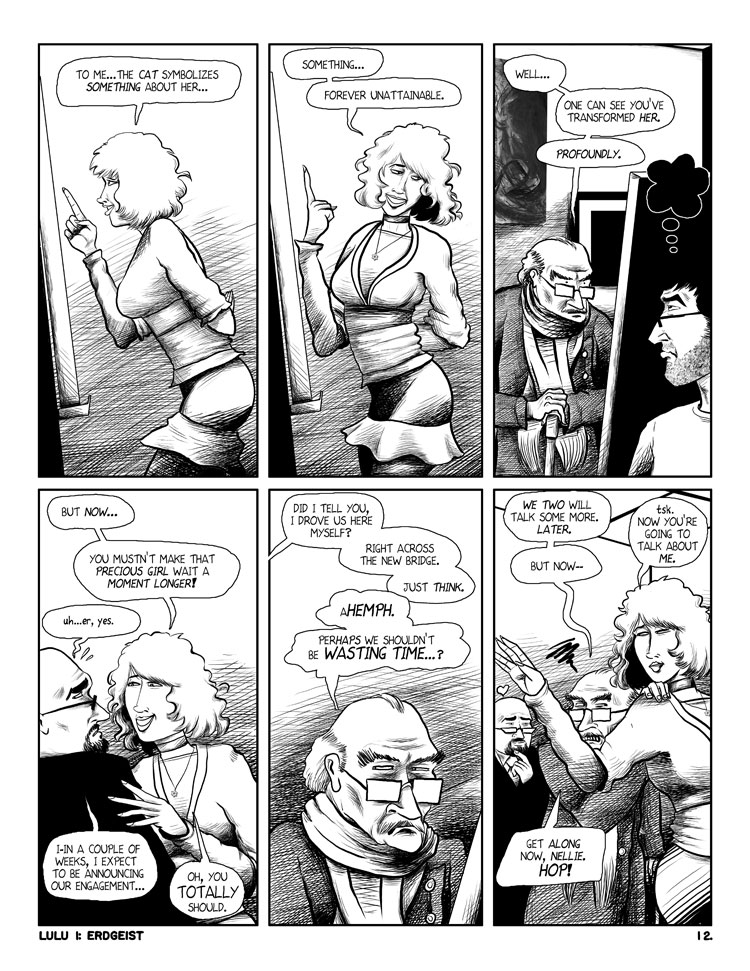 Mods: this is my own work under my own copyright, so hopefully I can post as much as I like.
(c)2009 John Roberson. All rights reserved.