Okay, I haven't thought about this since I was 12 but here goes...
Except that Geoff Johns made him Emoboy-Prime. Which would be really ooh or ahh if it had been clever, but it's really just arbitrary and pulled out of Johns' ass. Though given the nature of the Trapper perhaps it's entirely possible many might be him. EXCEPT!

The Trapper is already said to be a Controller. And I think the Great Darkness Saga, being that it's liked and remembered, is probably something Johns would like to be following in the tradition of. Well, I found me a torrent of the thing yesterday(and as soon as I can figure out how much I can post, I might, as it's OOP). Darkseid went about stealing power from Legion villains at the beginning, like for instance Mordru, who deserves it as he's an abusive rapist evil wizard.

But guess what! I totally forgot we get to see the Time Trapper after he gets it too, who they had IN CUSTODY. Ultra Boy explains it all for you: 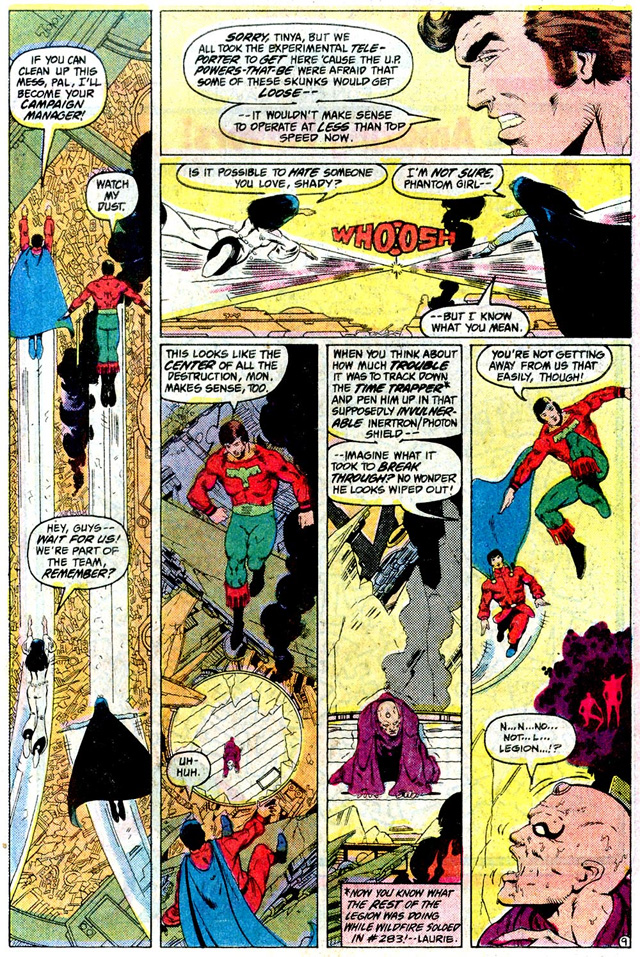 So I guess Johns isn't as much continuity-porny as we thought.