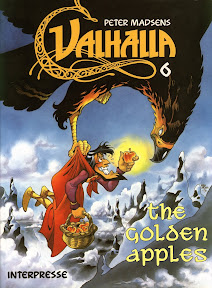 For the mods the story is 54 pages long
1
Loki got tricked to bash out at a eagle. The eagle is really a jotunn in eagle ham, the jotunn caught the stick and by magic forced Loki to hang on to the stick. The jotunn demanded that Loki swear, that he will bring him Idun with her apples, or else will he drop loki. Loki gives in and swear on that.
Note: An oath was a very big deal for the old norse, there was special hell for oath breakers 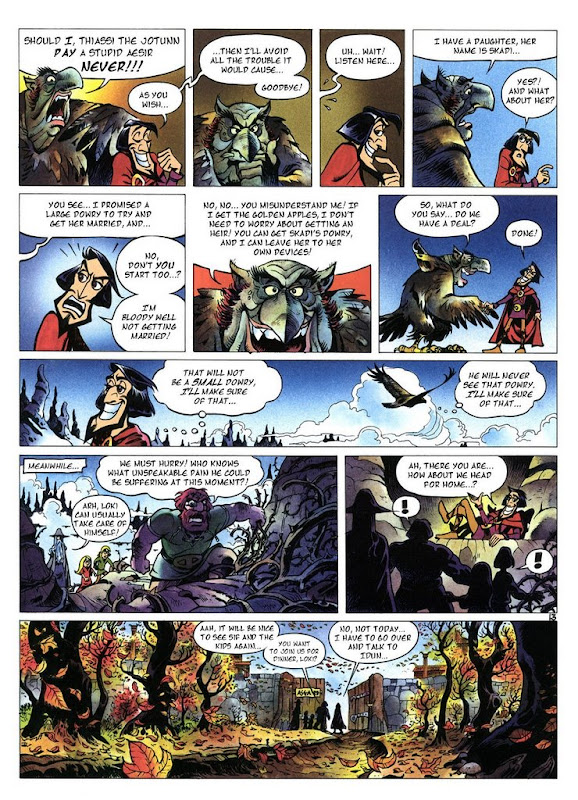 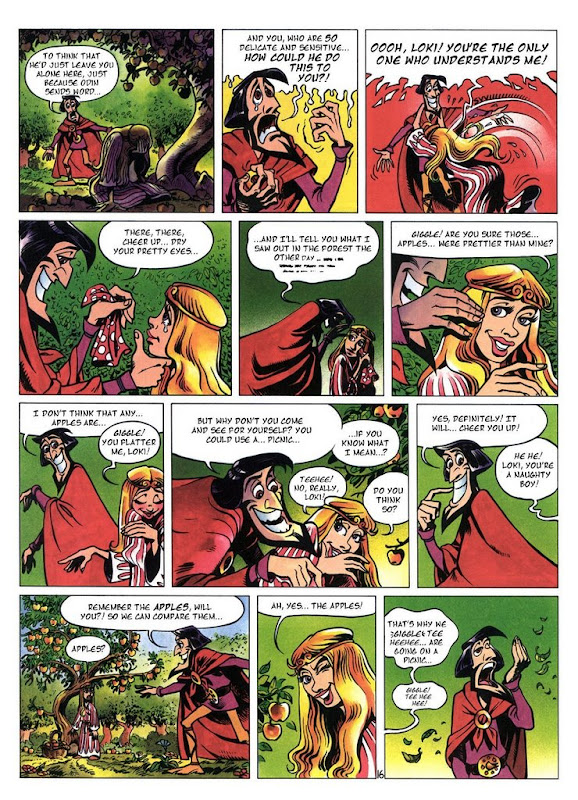 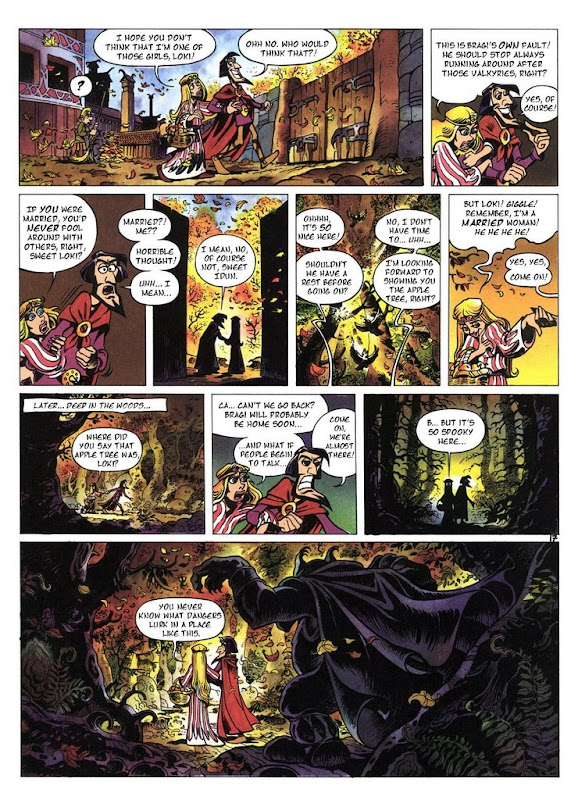 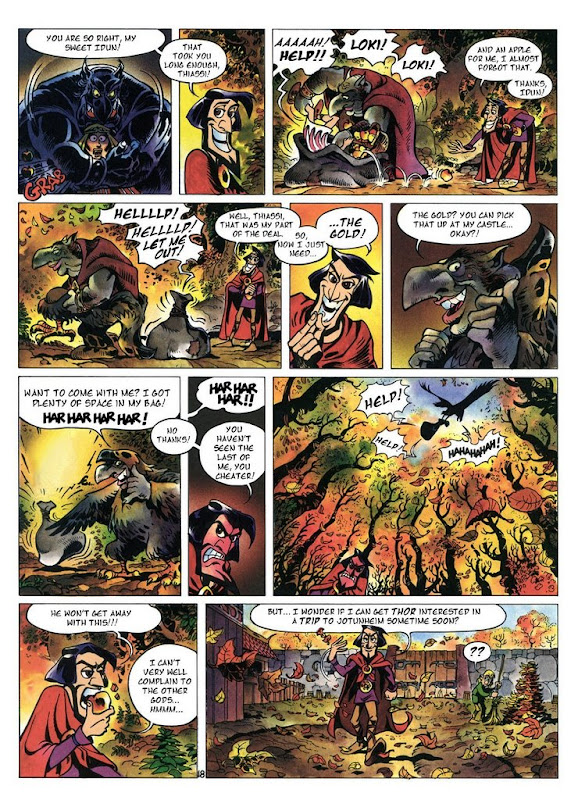 5:
After some time Idun missing begins to take their toll on the Gods. Thors servant Tjalfe say that the last time he saw Idun, was with Loki 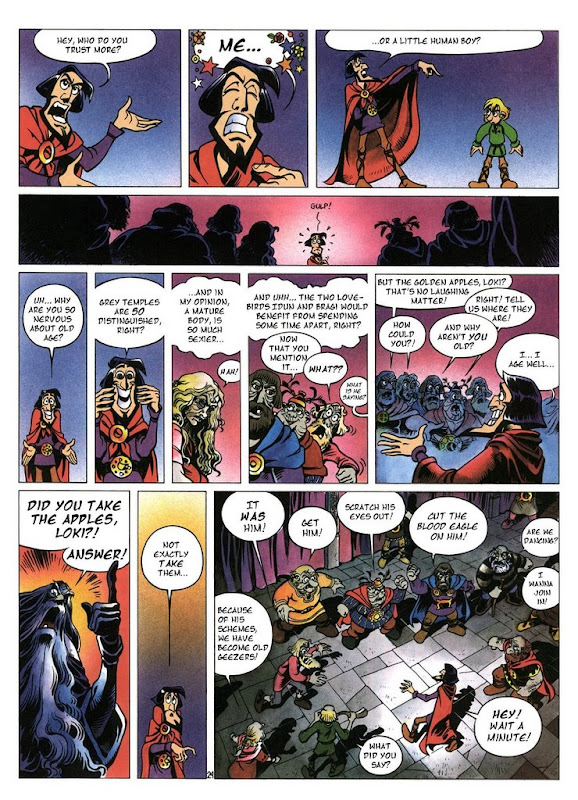 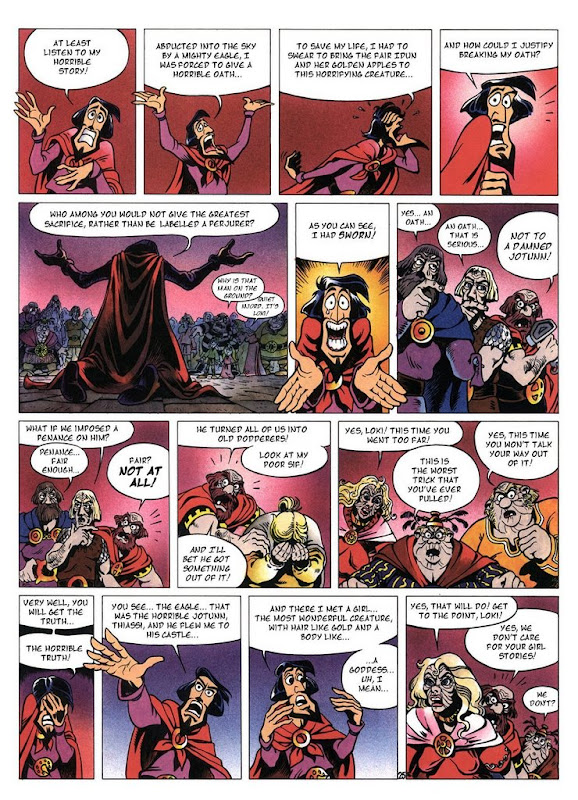 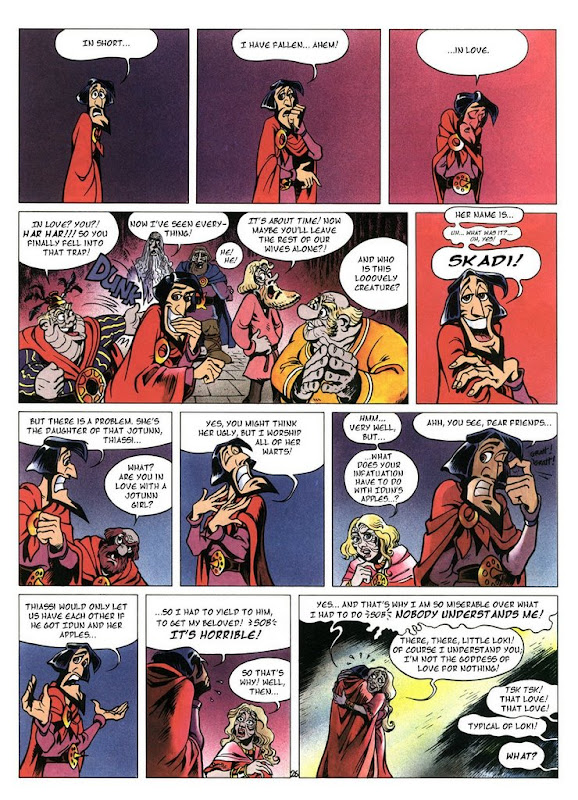 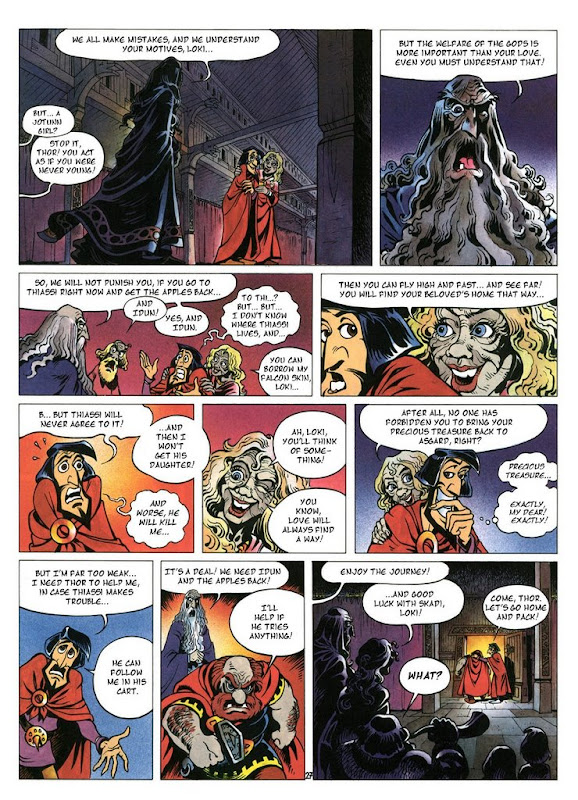 9:
Thor and Loki travels to the jotunn, to bring Idun back 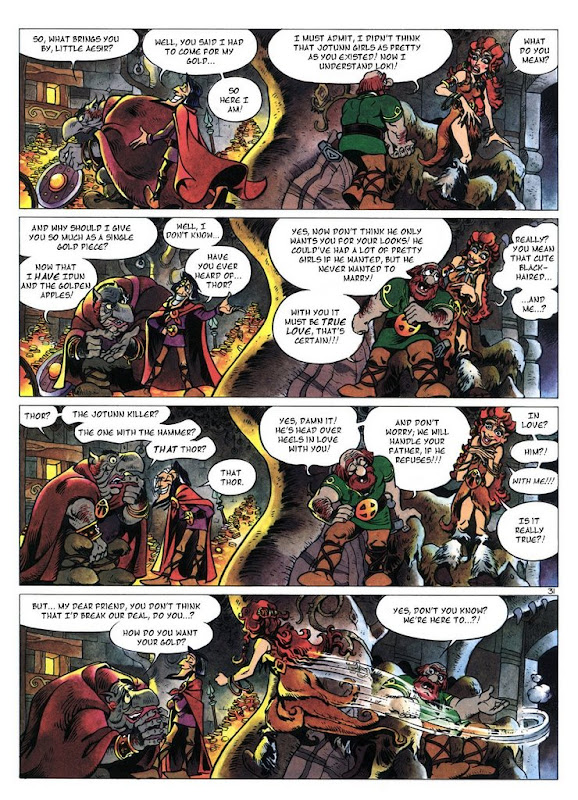 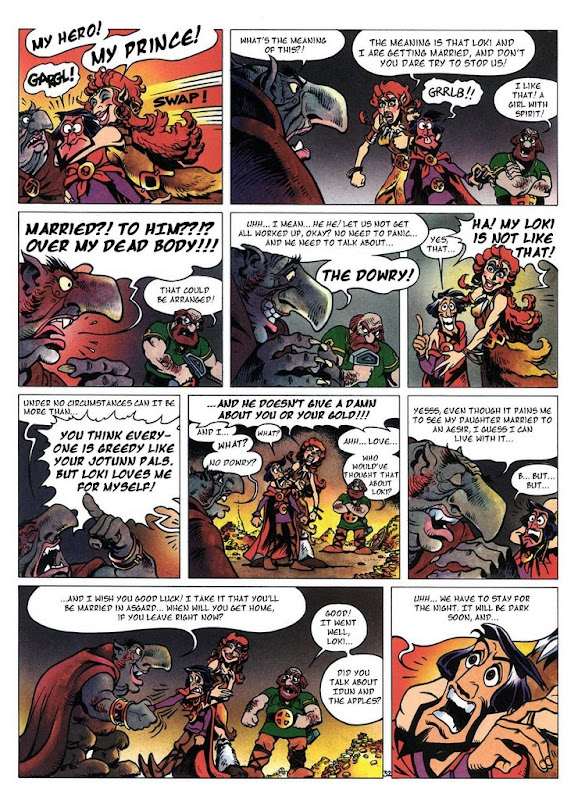 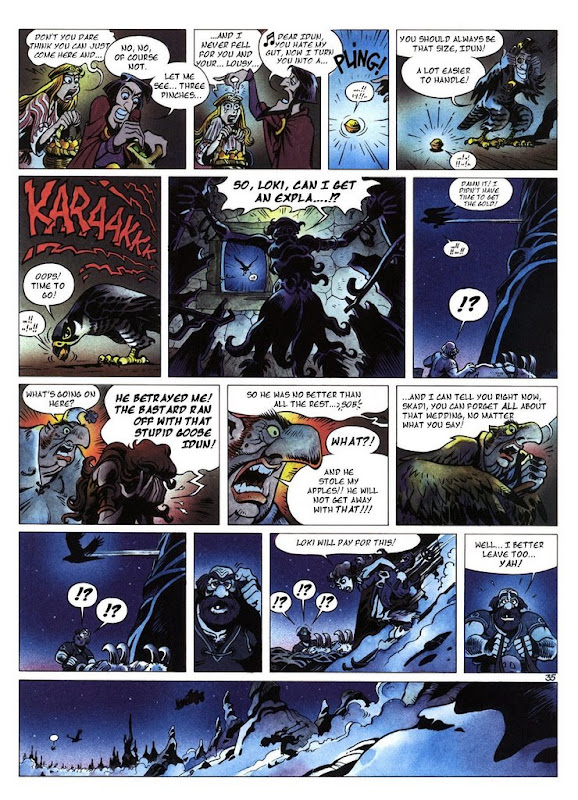 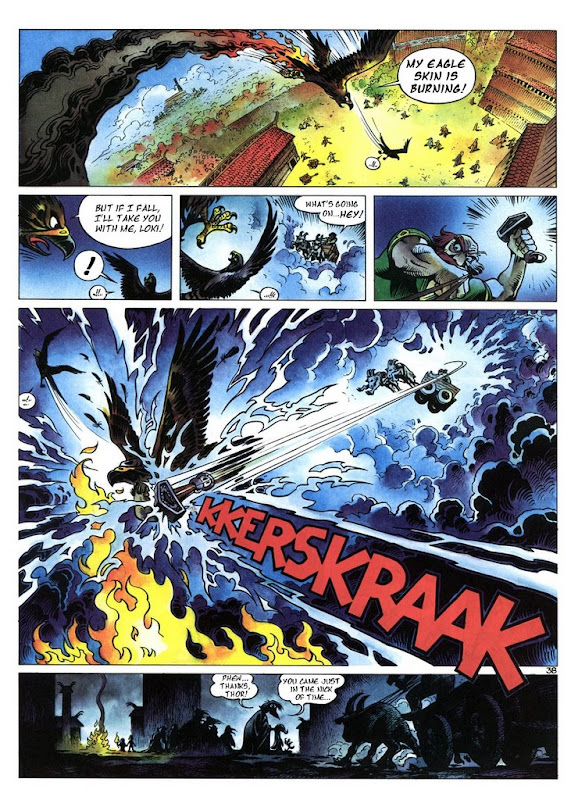 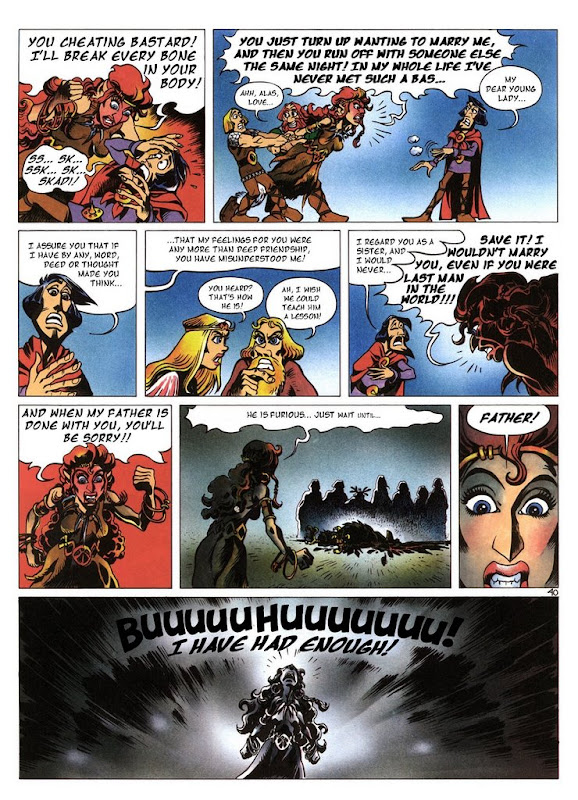 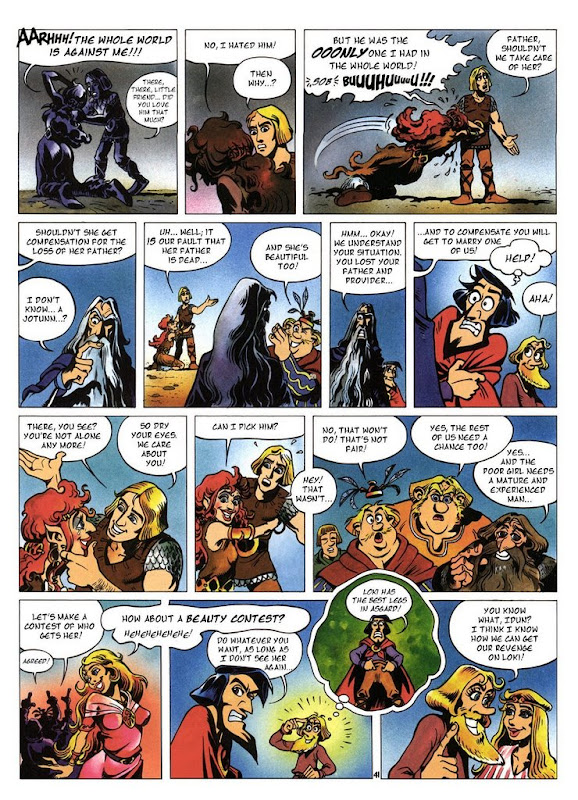 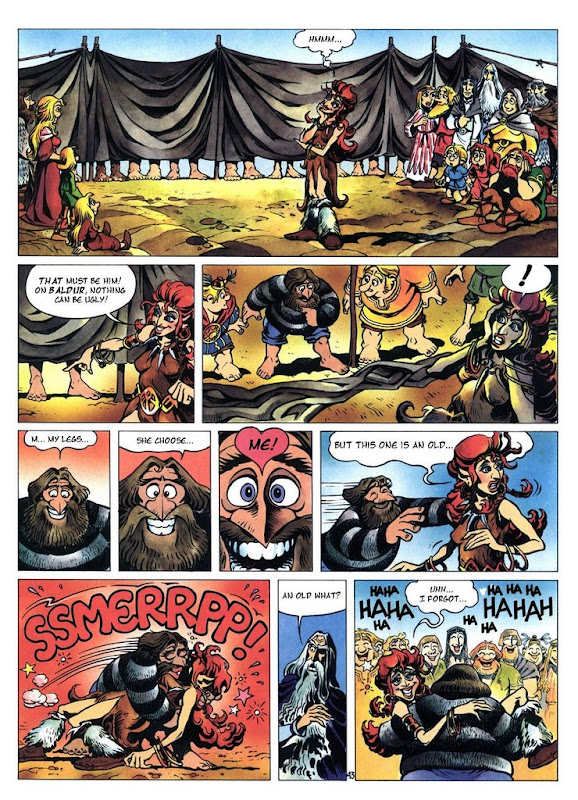 The marriage does not become a happy one. They like each other, but she wants live in the mountains and he loves the sea (he is the God of the sea).